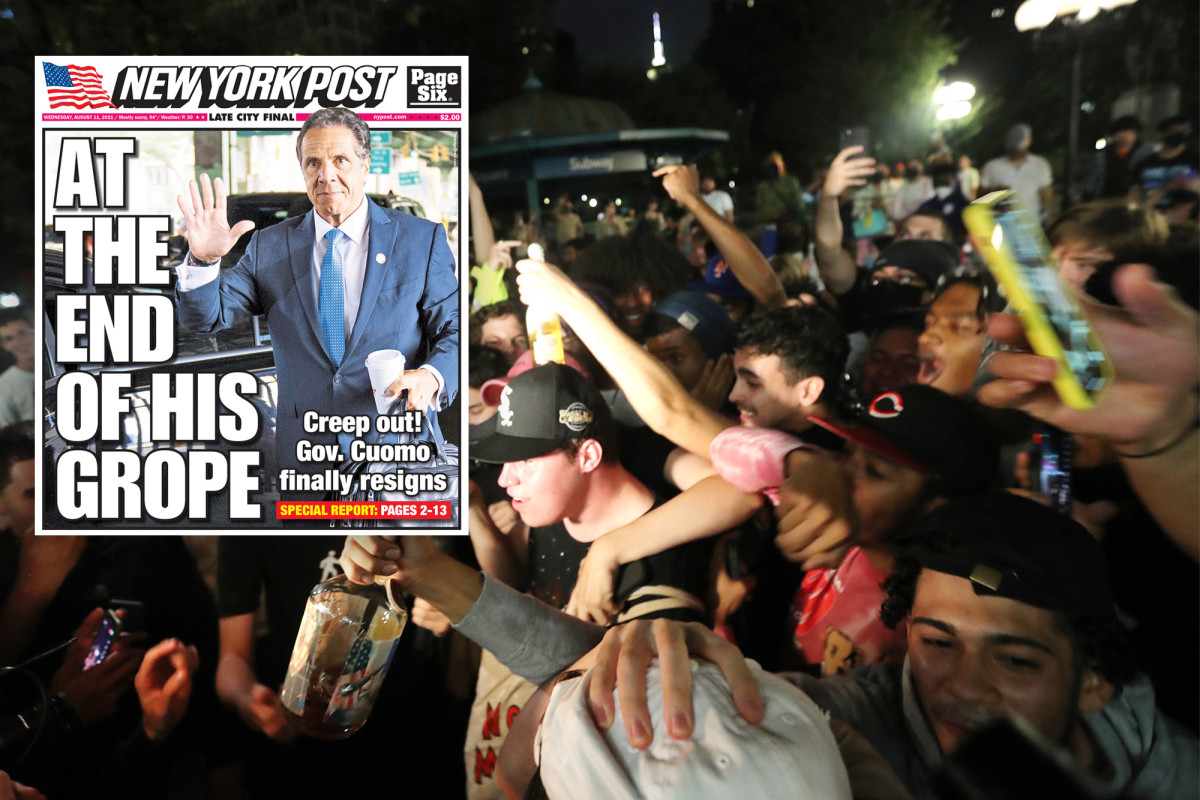 A huge crowd gathered in the Big Apple to celebrate the resignation of disgraced New York Gov. Andrew Cuomo — chanting expletive-laden goodbyes to him and his CNN host brother, Chris.

“F–k Andrew!” the group then chanted, many raising their hands in the air or dancing in apparent joy, according to a series of videos captured by videographer Brendan Gutenschwager.

The crowd also rallied against the outgoing governor’s brother, primetime CNN personality Chris Cuomo, who has himself faced heated calls for his own resignation or firing over his confessed role advising the embattled governor.

“F–k Chris Cuomo!” the crowd sang with claps, with one person there, perhaps unaware of the CNN host’s involvement, calling out, “His name is Andrew!”

Another call-and-response chant had someone saying “Cuomo” just for those around to reply, “No no!”

Others sang about the governor’s sorry state of affairs, with The Post filming one rapper rhyming about how “Cuomo ain’t got a job no mo’.”

The group met near a Union Square station entrance at 8:30 p.m., just hours after the governor begrudgingly resigned, still denying that he had sexually harassed 11 women despite a damning investigation.