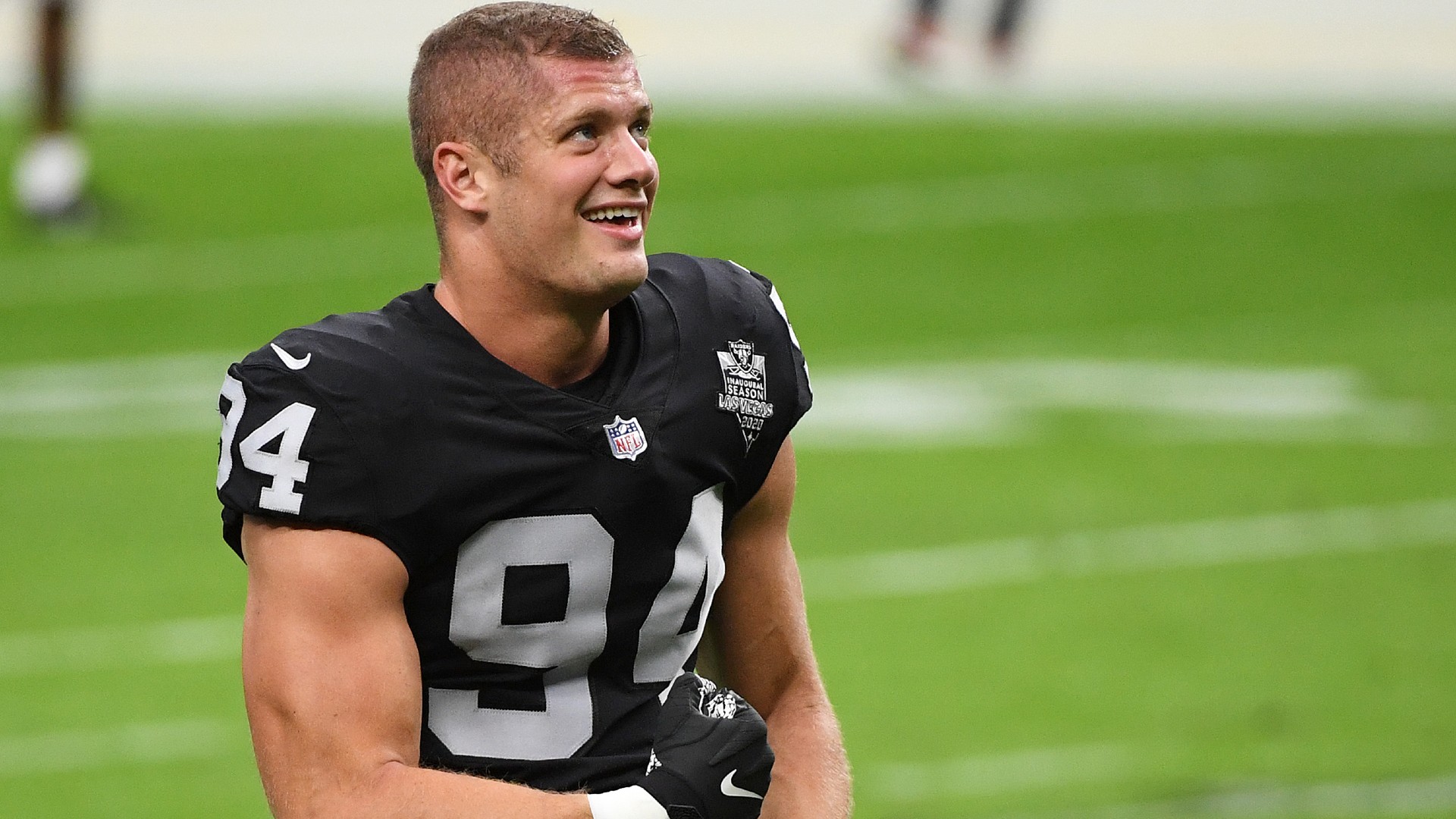 Raiders defensive end Carl Nassib on Monday became the first active NFL player to announce that he is gay.

Nassib took to Instagram to share his message to the world from his home in Westchester, Pa.

“I just want to take a quick moment to say that I’m gay,” Nassib said. “I’ve been meaning to do this for a while now but I finally feel comfortable enough to get it off my chest.”

Nassib explained in his message that, while he’s “a pretty private person,” he felt the need to come out to provide “representation and visibility” in his field.

“I just think that representation and visibility are so important,” Nassib said. “I actually hope that one day, videos like this and the whole coming out process are not necessary. But until then, I’m going to do my best and do my part to cultivate a culture that’s accepting, that’s compassionate.”

Additionally, Nassib said in the video he would donate $100,000 to The Trevor Project, an organization focused on suicide prevention efforts in the LGBTQ+ community.

Many took to Twitter to support Nassib after his announcement and the NFL released an official statement saying they were “proud” of him.

“The NFL family is proud of Carl for courageously sharing his truth today,” the statement read. “Representation matters. We share his hope that someday soon statements like his will no longer be newsworthy as we march toward full equality for the LGBTQ+ community. We wish Carl the best of luck this coming season.”

Nassib becomes the 16th NFL player to come out as gay or bisexual, according to OutSports.com, though he is the first to do so as a part of an active NFL roster. Former Rams defensive end Michael Sam came out ahead of the 2014 NFL Draft, but he failed to make the Rams’ 53-man roster after being a seventh-round pick.

He will compete for playing time for Las Vegas this year in a rotation that will feature Yannick Ngakoue, Clelin Ferrell, Maxx Crosby and third-round rookie Malcolm Koonce.