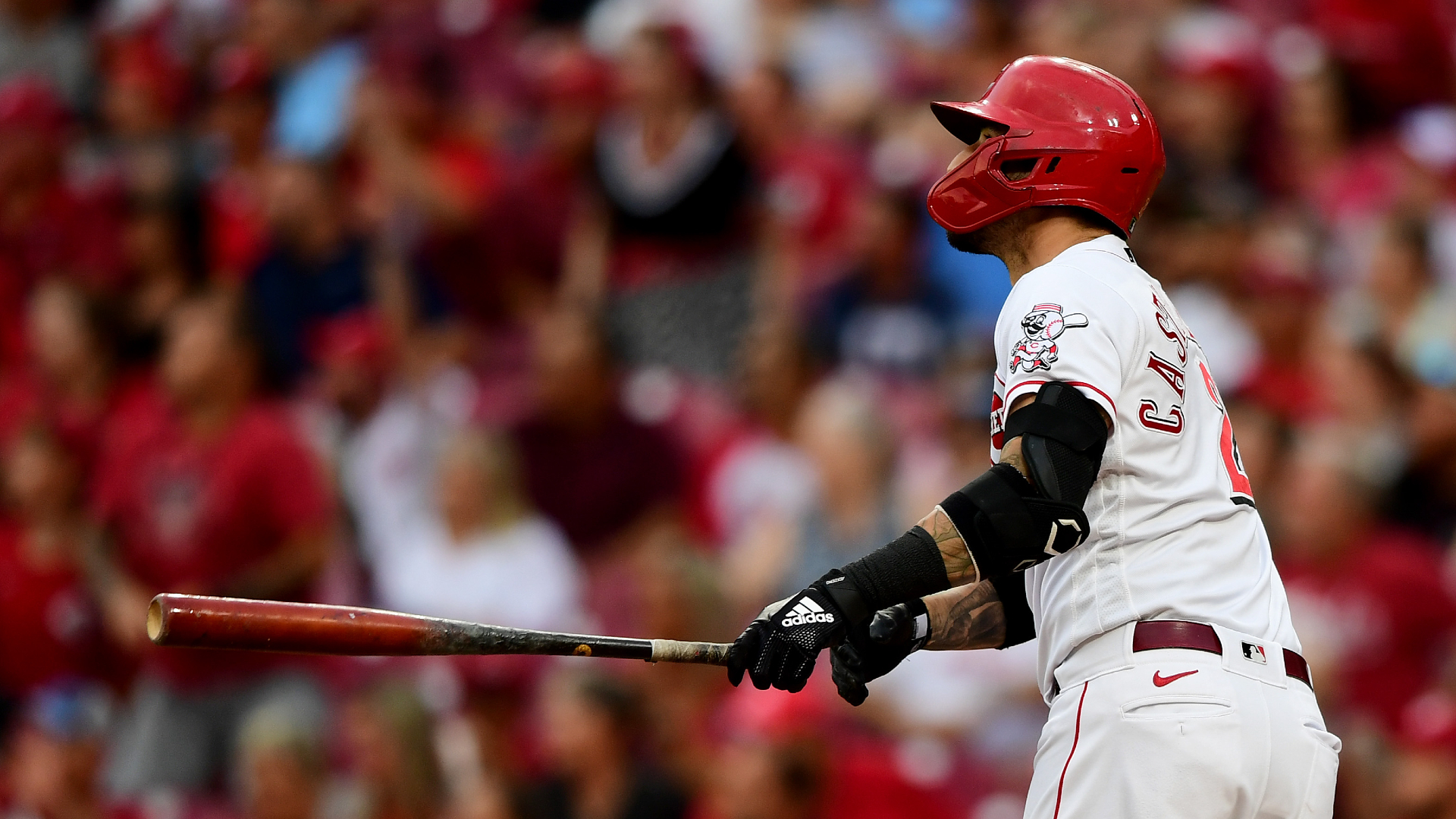 Royals play-by-play announcer Ryan Lefebvre learned the hard way Monday night there is never a good time to eulogize someone during a live broadcast. He also learned that Reds third baseman Nick Castellanos has terrible timing when it comes to home runs.

Lefebvre in the top of the seventh took time to memorialize George A. Gorman, a World War II veteran and father of 26th-year Royals equipment manager Pat Gorman. George Gorman died Saturday at the age of 96.

Unfortunately for Lefebvre, Castellanos delivered a solo home run on the first pitch of the inning — his 17th of the year — interrupting him and forcing him to call the play (which knotted the game 2-2) instead:

Here is the Royals broadcast of the Nick Castellanos home run.

They were eulogizing someone live on the air when it Nick went deep to left-center field.

You can not make this stuff up.

MORE: MLB All-Star roster snubs: 11 players who should have made the AL, NL teams in 2021

“Pat, just like his dad, went to (the University of Kansas), also went to Bishop Ward High School … there’s a drive into deep-left center field,” Lefebvre said. “And there’s never a great time to eulogize someone during the broadcast. So we apologize for the timing.”

To his credit, Lefebvre immediately finished memorializing George Gorman, giving his condolences to Pat Gorman and his family. Shortly after, he again discussed Castellanos’ home run, his first hit of the day:

“Well, Castellanos was 0 for 2 with two strikeouts against Mike Minor curveballs his first time up,” Lefebvre said. “And that slider didn’t quite slide enough — 17th (home run) on the year.”

This is not the first time Castellanos has had bad timing when hitting home runs: He also hit one in August 2020 as announcer Thom Brennaman of Fox Sports Ohio was apologizing for using a homophobic slur on a hot mic. Coincidentally, Castellanos’ home run then also came against Kansas City.

ENG series was a completely different challenge, will have to start from scratch against SL, attests Suryakumar Yadav
“Lionel Messi is one step ahead of all of us”
Comment