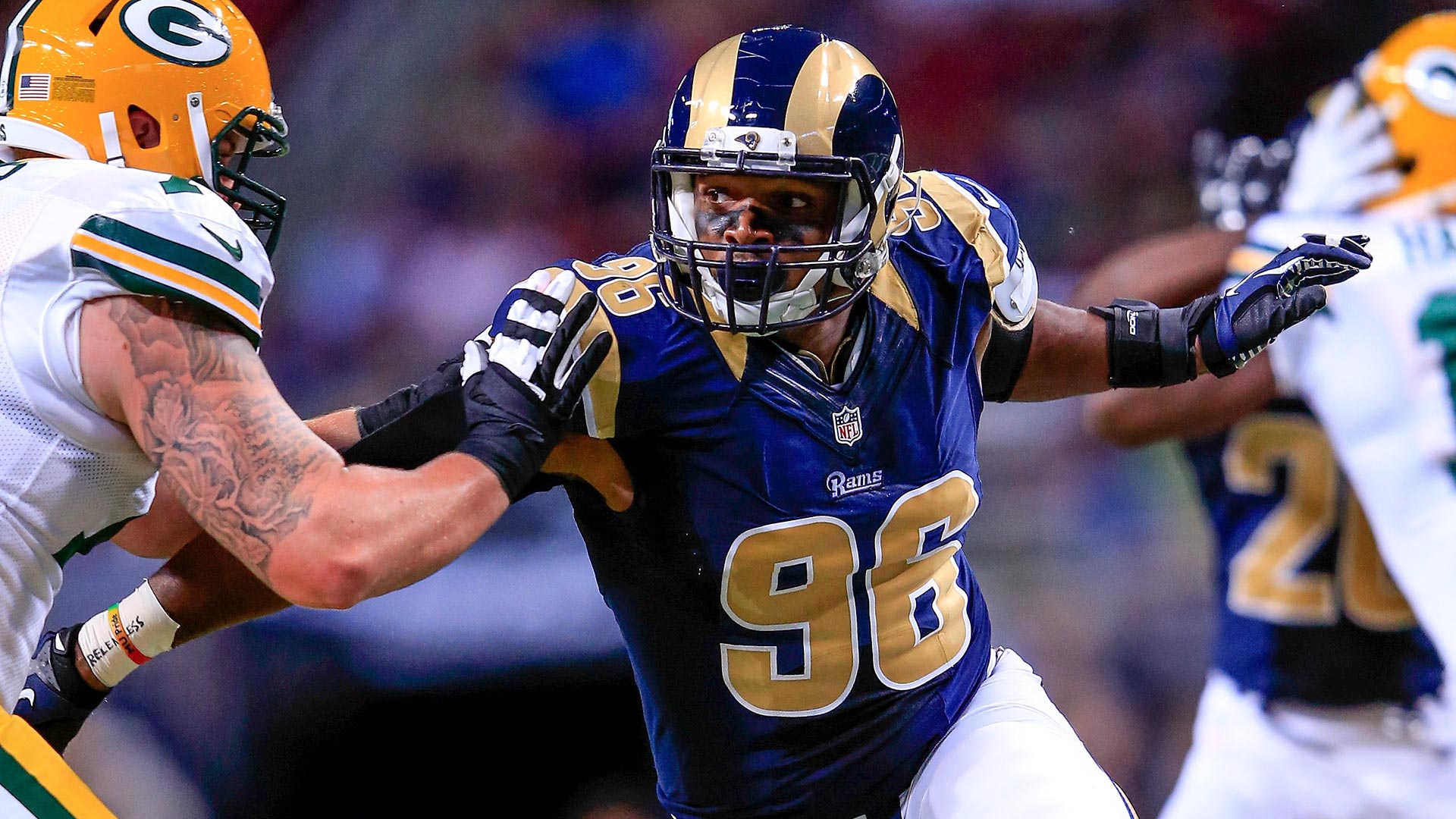 On Monday night, Carl Nassib became the first active NFL player to come out as gay, but that raised a key question among some NFL fans.

In many ways, Sam helped pave the way for Nassib. Sam’s NFL career was short-lived, but his impact as a trailblazer for the LGBTQ+ community can’t be denied.

Here’s a look back at Sam’s NFL journey and the interview that made him a household name.

When did Michael Sam come out?

Sam came out ahead of the 2014 NFL Draft after his senior season at Missouri. Before the draft, Sam wanted to make his sexuality public, and thus, it was revealed in interviews he did with the New York Times and ESPN.

“I understand how big this is. It’s a big deal. No one has done this before. And it’s kind of a nervous process, but I know what I want to be … I want to be a football player in the NFL.”

The interview was released on Feb. 9, 2014, but Sam had told his teammates L’Damian Washington and Marvin Foster about his sexual orientation a year earlier.

Michael Sam was the first openly gay player to be drafted into the NFL. He was selected in the seventh round of the 2014 NFL Draft and competed for a spot on the Rams’ 53-man roster.

Ultimately though, he didn’t make the Rams’ team and never played during the regular season. He spent time on the Cowboys’ practice squad in 2014 and in the CFL with the Montreal Alouettes in 2015. He retired from professional football midway through the 2015 CFL season and hasn’t played football since.

The answer to this is a bit of a technicality. Carl Nassib is officially the first ACTIVE NFL player to come out as gay. Meaning that Nassib has played in the NFL and has been on a team’s active roster.

Though Sam was drafted by the Rams, he never was on their 53-man roster. Nor did he make it on the Cowboys’ 53-man unit. As such, he was only a part of the 90-man offseason roster which doesn’t count as the active roster.

So, long story short, Sam was the first openly gay player to be drafted into the NFL. Nassib is the first active NFL player — who has been on a 53-man roster, has played during the regular season and is still playing — to come out as gay.

Jan. 3, 2014 — Sam plays his final game at Missouri and notches a sack and fumble returned for a TD in the Tigers’ win over Oklahoma State. He finished his senior season with 10 sacks.

Feb. 9, 2014 — Sam officially announces that he is gay in interviews with the New York Times and ESPN.

August 30, 2014 — Sam is cut by the Rams after undrafted free agent Ethan Westbrooks beats him for a roster spot.

May 22, 2015 — The Montreal Alouettes sign Sam to a two-year deal. He becomes the CFL’s first openly gay player.

June 12, 2015 — Sam leaves the Alouettes for “personal reasons” and is placed on the suspended list.

June 26, 2015 — Sam returns to the Alouettes and begins practicing with the team.

August 7, 2015 — Sam plays for the first time but doesn’t log a tackle against the Ottawa Redblacks. It would be the only game he played in the CFL.

“The last 12 months have been very difficult for me, to the point where I became concerned with my mental health. Because of this I am going to step away from the game at this time. I thank the Alouettes for this opportunity and hope to be back on the field soon. Thank you all for your understanding and support.”