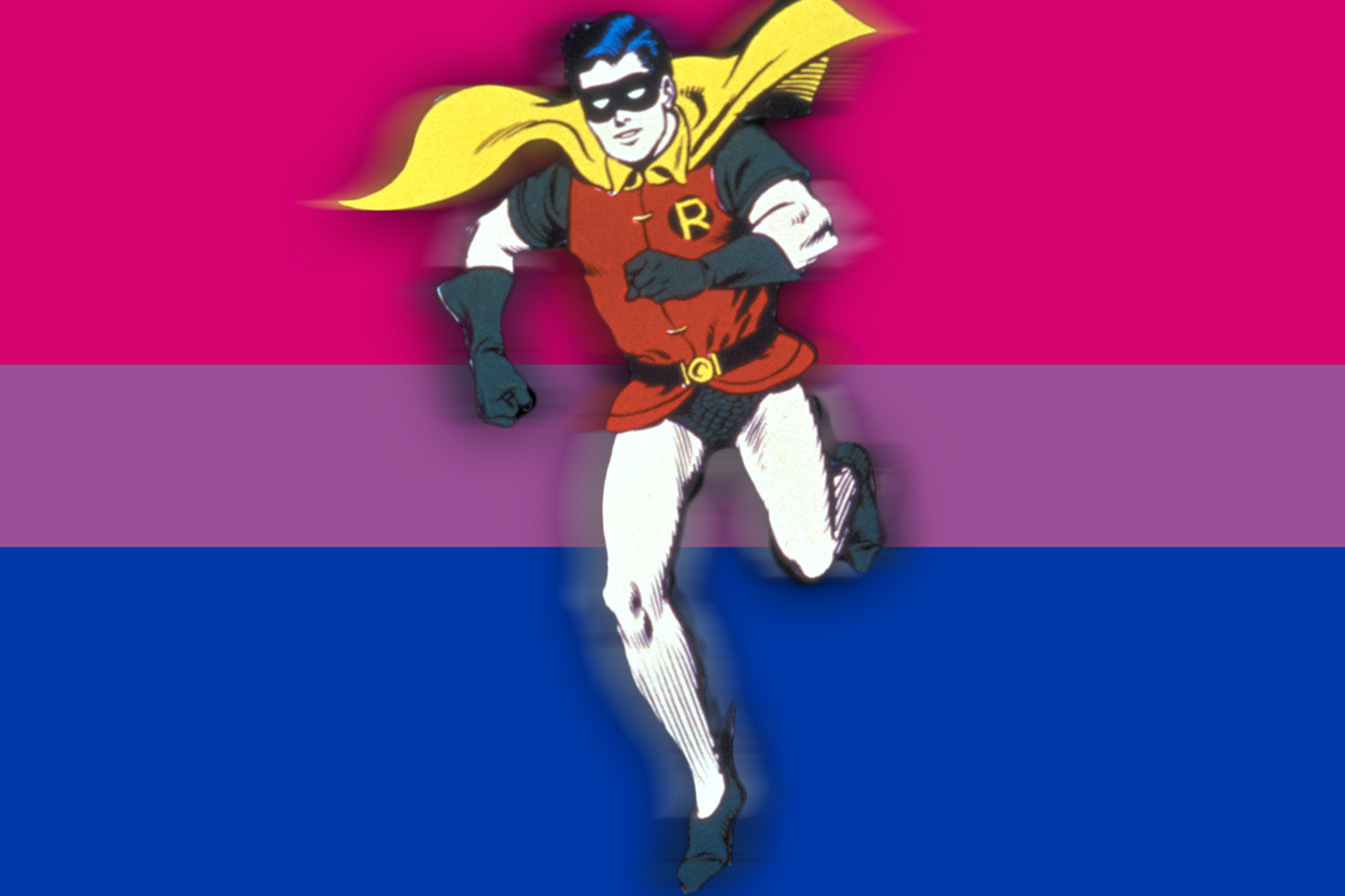 In the latest installment of “Batman: Urban Legends,” the DC comic book character Tim Drake — a k a the Caped Crusader’s sidekick Robin — accepts an invitation to go on a date with a man named Bernard Dowd — thereby confirming Robin’s LGBTQ status, TMZ has reported.

Robin’s bisexual narrative unfolds in what one fan calls a “lightbulb moment” as he and Bernard find themselves in a streetside brawl. After the hero ultimately rescues Bernard, Robin later pays him a visit at his apartment.

As Drake, the character can be seen psyching himself up for greeting Bernard: “It’s OK, Tim. You got this.”

At Bernard’s door, Drake stammers, “I’m really glad you got home okay. I was relieved. And I’ve been doing a lot of thinking, about that night. And I — I don’t know what it meant to me. Not yet. But I’d like to figure it out.”

Bernard responds, “I was hoping you would. Tim Drake … do you want to go on a date with me?”

“Yeah, I think I want that,” Robin answers — thus concluding the episode until the next, coming in December.

Fans have long speculated that Robin may be queer, though he has dated women in previous iterations. Said one such reader, “Crazy thing, I saw Tim DRAKE coming out, years ago.. congrats to DC for making it a reality.”

Comics have been increasingly representative of the LGBTQ community as of late. In March, Marvel unveiled they’re first gay Captain America character — a queer youth advocate named Aaron Fischer — to be included in the upcoming “United States of Captain America” comic book miniseries.

“Aaron is inspired by heroes of the queer community: activists, leaders, and everyday folks pushing for a better life,” creator Aaron Trujillo told Entertainment Weekly at the time of that announcement.

“He stands for the oppressed, and the forgotten,” Trujillo added. “I hope his debut story resonates with readers, and helps inspire the next generation of heroes.”