WillNeff was banned from Twitch earlier today after hosting a live stream featuring Austin “Mr. Wobbles” O’Brien. Mr. Wobbles was suspended from the platform indefinitely three years ago after freaking out over someone who had allegedly harassed him.

Regardless, Mr. Wobbles’ permanent suspension means that he is not allowed to feature in any other content creator’s streams on the platform. After WillNeff hosted a stream featuring Mr. Wobbles, he was suspended for three days. Now, one of Rust’s developers have slammed Twitch for its decision and claimed that they are “contacting” the platform to overturn the ban.

I just hope my ban creates a discord for handing this type of situation better in the future.
I also hope that NO OTHER CREATORS get ban for having fun on the OTV server.

All love, I will be back soon. Thanks so much for all the support and stay dangerous.

Rust Developer criticizes Twitch for its decision to ban WillNeff

Since the ban, a number of WillNeff’s supporters have rushed to support the streamer. WillNeff posted a lengthy Twitter thread in which he asked his community not to spread hatred towards the platform, or anybody else that they might think is responsible for the ban. The streamer claimed that he will be back soon, and the suspension is only going to last for three days.

Hey just so there is no confusion I was ban for “aiding account suspension evasion” most likely because I was chilling with @mrwobblesmusic. When I heard @cyr had been given a warning I muted stream when I spoke with @mrwobblesmusic today but apparently that was not sufficient.

I was ban without any warning and it says the duration is three days. I wish @TwitchSupport had reached out before going nuclear but that’s the way it goes some times.

I think this case will at least create an interesting discussion about perma bans and creating content with creators out side of twitch and the responsibility of individual creators to self screen their content without warning.

Let me be 1000% clear though I don’t want anyone to flame, troll or interfere with @TwitchSupport or Twitch staff in anyway. They have a ton on their plate and for the most part they do a great job.

After the stream with Mr. Wobbles, WillNeff was suspended for “aiding account suspension evasion.” He later claimed that it was not Mr. Wobbles’ fault, and suggested that his suspension might bring about “discussions” about permanent suspensions that the platform seems to regularly hand out.

For those who are asking, @TheWillNeff Rust Twitch drop will NOT be moved to a generic drop.

His ban is only for 3 days, he has provided some of the most memorable and entertaining moments on the server. He deserves any extra visibility Rust Twitch drops brings to his channel. 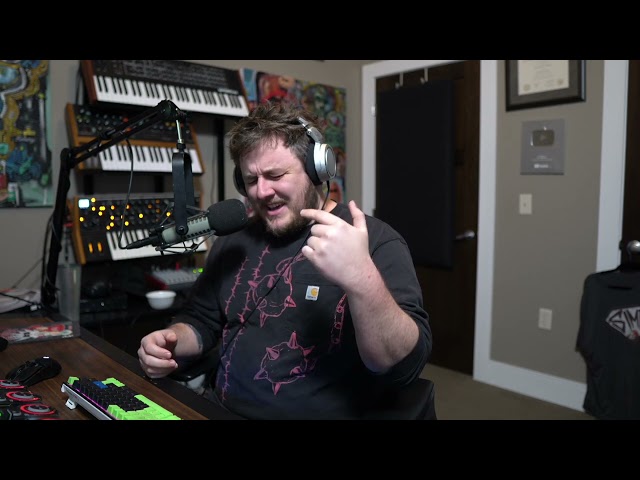 WillNeff was interacting with other creators on the Offline TV Rust server while hanging out with Mr. Wobbles. Later, the streamer posted a tearful apology, in which he apologized to Mr. Wobbles and appeared genuinely concerned about the situation.