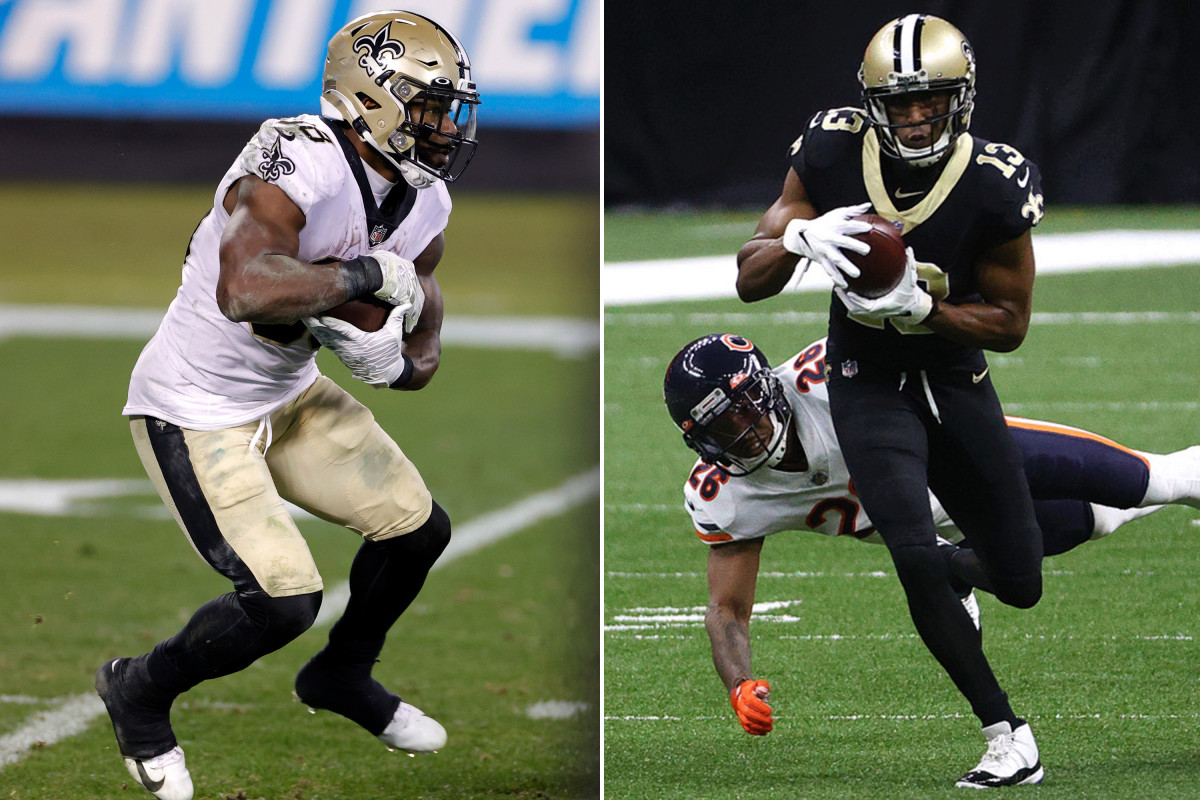 Between the retirements, injuries, drama off the field and the ongoing competition to become the new quarterback, training camp has been anything but boring for the Saints.

Wide receiver/running back Ty Montgomery had to be carted off the field for an unknown reason during drills 30 minutes into practice.

The Saints’ receiving corps has already seen Tre’Quan Smith suffer an unknown injury while Deonte Harris may face a possible suspension over a DUI arrest.

Smith, who has not participated in practice since Aug. 3, returned to camp Wednesday in street clothes to observe his teammates. Head coach Sean Payton said the receiver won’t miss much time, but did not specify a return date.

The offense has further been tested with drama from one of its stars.

Michael Thomas delayed having ankle surgery until June and will likely miss at least a few weeks of the season. Thomas seemingly accused the franchise of trying to “damage [his] reputation,” by only portraying one side of his injury narrative. Thomas did not disclose any additional details on what his “side of the story” looked like.

The All-Pro ignored phone calls from the team during the offseason as they tried to check on his injury status in the offseason, according to NOLA.com.

Injuries and other issues have further hampered New Orleans outside the receiving spot. Kicker Wil Lutz had his camp cut short and will reportedly miss upwards of three months with a groin injury.

In addition to that, defensive tackle David Onyemata faces a six-game suspension without pay for violating the NFL’s performance-enhancing drug policy. He claims he was unaware that he ingested anything that broke the league’s rules.

If that weren’t enough, cornerback Patrick Robinson announced his retirement after 11 seasons with the Saints. This puts the secondary situation further in peril as they figure out who their second starting cornerback will be alongside Marshon Lattimore.

They did sign Prince Amukamara, and reportedly the Saints have their eyes potentially trading for the Jaguars’ C.J. Henderson.

As for the quarterback situation to replace legend Drew Brees, neither Tayson Hill nor Jameis Winston have stood out as a front-runner in training camp.

As the Saints’ first game on Sept. 12 against Green Bay rapidly approaches, things need to come together for the team quickly before things deteriorate more.