In a stupendous boost for Srihari Nataraj and Indian swimming, the sport’s governing body FINA approved the Bengaluru swimmer’s “A” standard qualification time, thereby assuring a ticket to the Tokyo Olympics 2020.

Srihari Nataraj clocked 53.77s in a 100m backstroke time trial at the Sette Colli Trophy in Rome, Italy. This was a day after Sajan Prakash qualified for the Tokyo Olympics 2020 in the same event.

This will be the first time that two Indian swimmers will be participating in the Olympics.

Earlier, Sajan Prakash scripted history when he became the first Indian swimmer to breach the “A” qualification mark in the 200m butterfly event. Srihari Nataraj failed to make the cut by a whisker and finished 0.05 seconds behind the qualification mark.

Post the disappointment, Srihari Nataraj was allowed a time trial by the organizers of the Sette Colli Trophy on the last day of the Olympic qualification period. In a time trial, swimmers don’t compete with others but swim to better their timing.

The organizers sent the results to FINA, which had later approved the time trial, thus paving the way for Srihari Nataraj to travel to Tokyo.

Also read: Tokyo Olympics: Sajan Prakash’s qualification in Swimming – Can India make the most of it?

In what is a watershed moment for Indian swimming to have two Indian swimmers qualify for the Olympics through the ‘A’ cut, swimmer Sandeep Sejwal, who represented India in the 2008 Beijing Olympics, said the moment will change the way Indian swimming is looked upon.

“What the qualification has done is that, it has removed the mental block. After watching these two, it is going to open up a lot of possibilities for Indian swimmers. The positivity the qualification brings will change the game in Indian swimming. The standard of swimming will now gradually get better. These two have shown the way and have made all of us understand that it is not impossible for an Indian swimmer to achieve an Olympic qualification ‘A’ cut. Both Sajan Prakash and Srihari Nataraj have now given a different perspective to how Indian swimming will be looked upon now,” Sandeep Sejwal said in an exclusive interview with Sportskeeda.

Sandeep Sejwal added that both Srihari Nataraj and Sajan Prakash can advance well into the quadrennial Games.

“This means that both Sajan Prakash and Srihari Nataraj have clocked the time which the top-16th swimmer in the Rio de Janeiro Olympics achieved. It could put them in good stead to make it to the top-16 this time in Tokyo,” Sandeep explained. 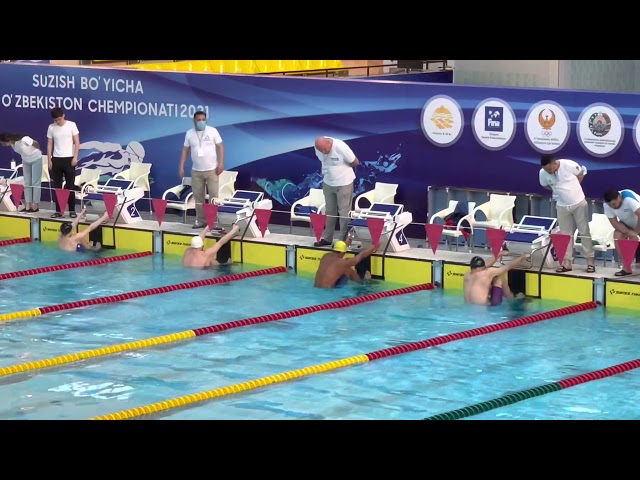 The Olympian said both swimmers should enjoy the moment and to give their best in the pool.

“Participating in an Olympic Games is in itself a big memory and they should cherish this. They should enjoy what they do the best – which is swim fast,” he concluded.

While it will be a maiden Olympic sojourn for Srihari Nataraj, it will be Sajan Prakash’s second time at the event, having made an appearance five years ago in Rio de Janeiro.