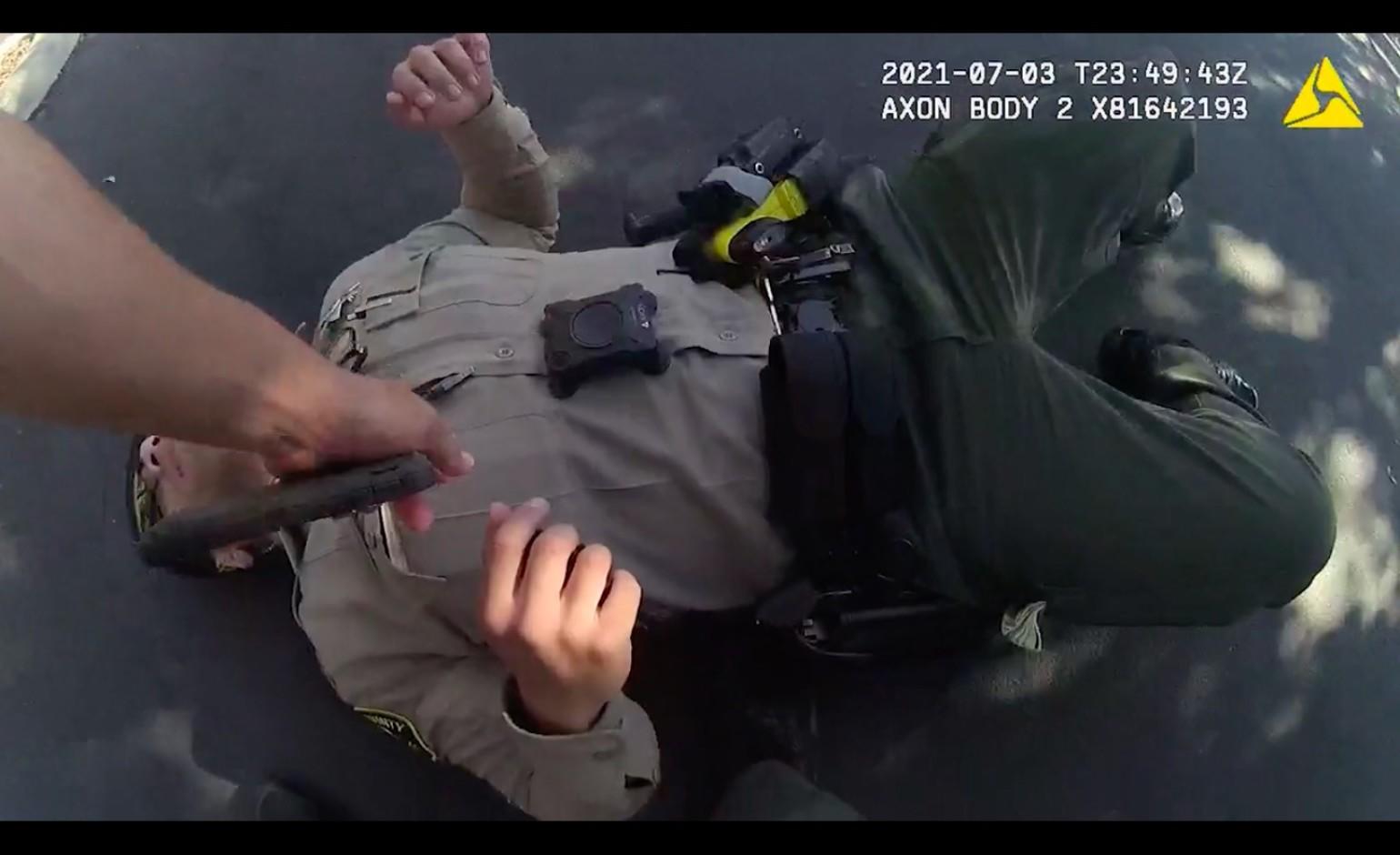 The San Diego Sheriff’s Office responded to criticism from health experts after it released body camera video appearing to show an officer reeling from a near-death exposure to fentanyl.

The footage released last week shows Deputy David Faiive collapsing to the ground as he struggled to breathe after processing a suspected quantity of narcotics near his vehicle. Frantic deputies administered Narcan, a drug that helps individuals recover from overdoses, and he returned to normal. A tweet that shared the “public safety video” says the deputy almost died from an overdose.

Sheriff Bill Gore concluded the July 3 scare was a fentanyl overdose, though health authorities insist otherwise. Medical professionals claim the drug cannot trigger an overdose through incidental contact with the skin or through inhalation, they told The San Diego Union-Tribune.

MORE LETHAL FENTANYL FOUND ALONG THE BORDER THIS YEAR THAN LAST

“I saw the video. Everybody that saw the video saw him seize up, go down, fall on his head. The drugs tested for fentanyl. It was classic signs of fentanyl overdose — that’s why we called it that,” Gore said on Monday, adding he was “shocked” to see a wave of pushback from doctors and others.

“I’m sorry, my mind didn’t go to, ‘Oh our deputy fainted, our deputy had a panic attack,'” he added. “It just didn’t go there. What was the other logical explanation — to my mind, it was an overdose from the drug, from fentanyl.”

Leo Beletsky, UC San Diego associate professor of medicine who researches the effects of opioids, contended the video “adds unnecessary stress to an already strained profession. Inadvertently, in an intention to protect law enforcement, it does harm.”

Others insist the sheriff’s office should release the full, unedited body camera footage.

An incident report from the department said Faiive came within 6 inches of the drug before he collapsed after feeling “light-headed.”

Dr. Ryan Marino, a medical director at University Hospitals in Cleveland, argued the event might have been the result of a “nocebo,” the opposite of a placebo that causes one to believe a substance might harm them, and they respond accordingly.

“A nocebo effect could explain what is going on in this incident,” Marino said. “I can say from watching that video he is not having an overdose.”