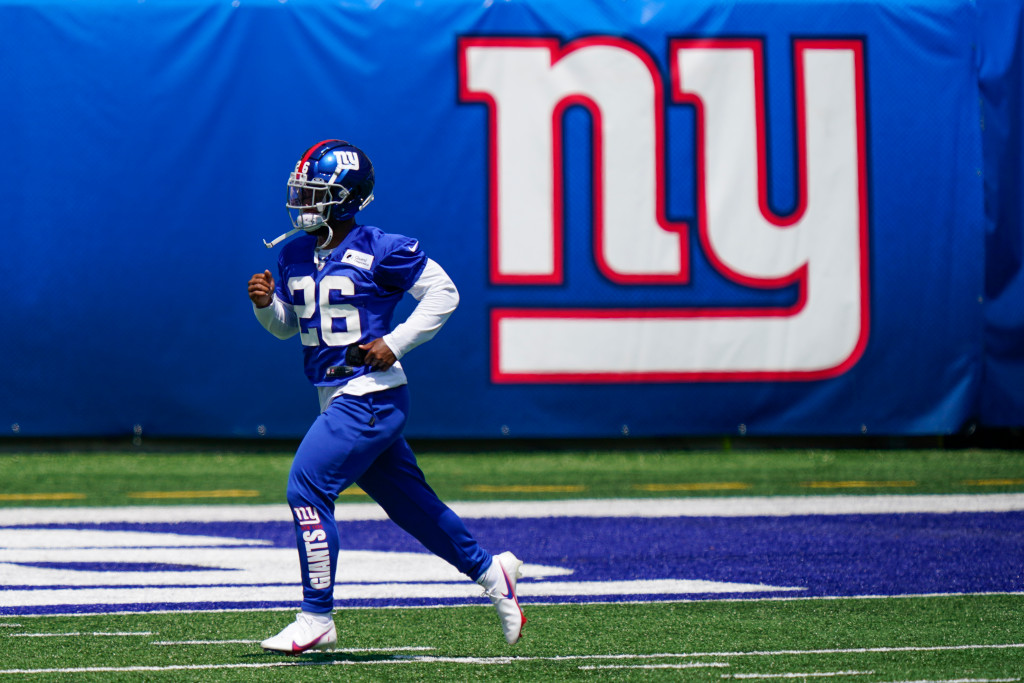 As the Giants practiced field goals and non-special teamers cooled down on a blistering day, Saquon Barkley ran from sideline to sideline inside MetLife Stadium. He sprinted the first 10 yards or so before turning it down a notch, but it still looked more demanding than the workload for his teammates during a light (but long) walk-through practice.

A fumbled exchange between Nick Gates and Daniel Jones when the defense is only going at half-speed isn’t a great sign. Right tackle Matt Peart committed a false start and was subbed out.

Ring of Honor inductee George Martin was the latest Giants great to address the team after practice, as coach Joe Judge tries to connect the past to the present. Martin’s message on behalf of the older generation was “they lose when we lose, they win when we win, and they bleed when we bleed.”

WR Kadarius Toney was limited to only a few snaps, which suggests his health is trending in the wrong direction. OLB Elerson Smith took his first reps of camp and he was opposite OLB Lorenzo Carter, whose reps were his first since the first week of training camp.