Sasha Banks has set her sights on winning the WWE SmackDown Women’s title, and already has a few stars that she wants to face on the Blue brand after she wins it.

While speaking on Rasslin’ with Brandon F. Walker, Banks named Zelina Vega, Tegan Nox, Liv Morgan, and Toni Storm as future opponents for her after SummerSlam.

“Once I become the Women’s Champion again, I just got to have all these great matchups that I didn’t get to have. I want to wrestle people like Liv Morgan, Zelina (Vega), Toni Storm, Tegan Nox. There are just so many women that I just haven’t been in the ring yet, and on SmackDown, that’s the ‘Land of Opportunity’ and I’m ready to give these girls a chance to see if they can stand up against The Boss,” said Banks. 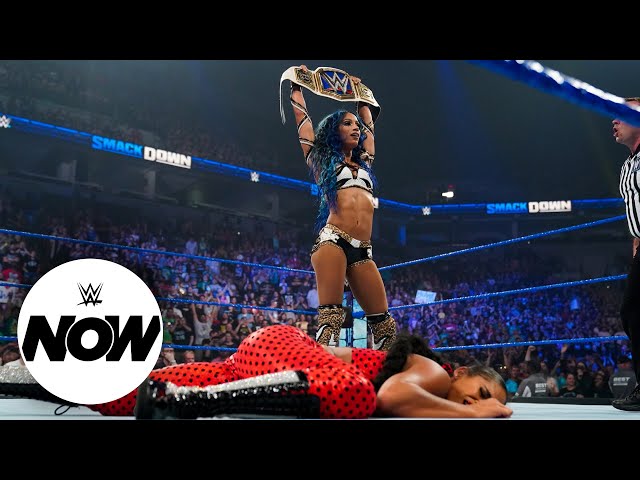 Sasha Banks hasn’t had a singles feud with any of the four women that she has mentioned above. She has wrestled on a few occasions with and against Liv Morgan in tag team matches, and been in a few multi-women matches with the other three Superstars.

Sasha Banks made a surprise return to WWE on SmackDown last month, coming to the rescue of her former rival, Bianca Belair. Banks saved the current SmackDown Women’s Champion from being attacked by Zelina Vega and Carmella.

But, she betrayed her later in the night and attacked the champion to set up a match at SummerSlam.

The Boss hadn’t been on WWE television since her title loss to Belair at WrestleMania 37 in April. She will look to win the SmackDown Women’s title for the second time at SummerSlam on August 21.

Please H/T Rasslin’ with Brandon F. Walker and Sportskeeda if you use any of the above quotes.