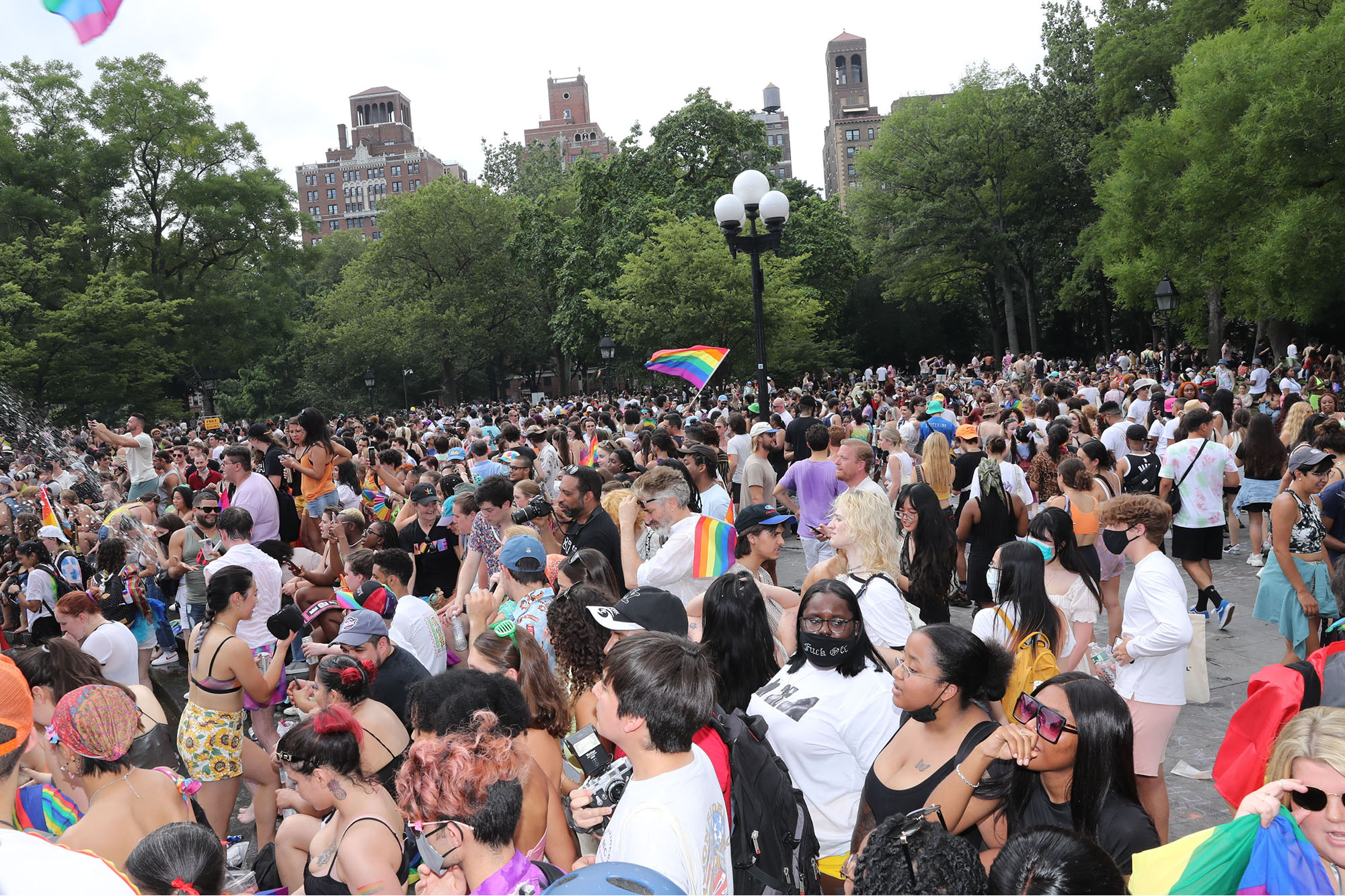 A wild melee broke out in Washington Square Park Sunday night when revelers from the annual Pride celebration clashed with police, sources said.

NYPD officers deployed pepper spray at the park at around 7:15 p.m. after a rowdy contingent of partygoers threw bottles and removed metal barricades. At least three people were arrested around the park’s iconic arch, according to law enforcement sources.

“They were just on the floor,” the woman said. “I saw people on the floor rubbing their eyes.”

The woman claimed people “were marching and enjoying Pride, nothing else.”

There was a large police presence after the incident near the park, where hundreds of revelers gathered — many wearing their colors for the Pride parade.

Police made an order to disperse the area and some refused, resulting in arrests, sources said. The metal barriers had been placed in front of the arch to protect it from graffiti.

Someone dressed in all black spray painted a red “ACAB” just a few feet away from dozens of barricaded cops Sunday night as NYPD vehicles lined the street between University Place and Fifth Avenue on Washington Square North.

The 51st annual Pride Parade in the Big Apple took place Sunday in an event that was primarily virtual due to the coronavirus – but included a lot of in-person participation.

NYPD cops were banned from marching in this year’s parade after the group behind the march through Chelsea, the village and midtown said cops posed a threat to their community.