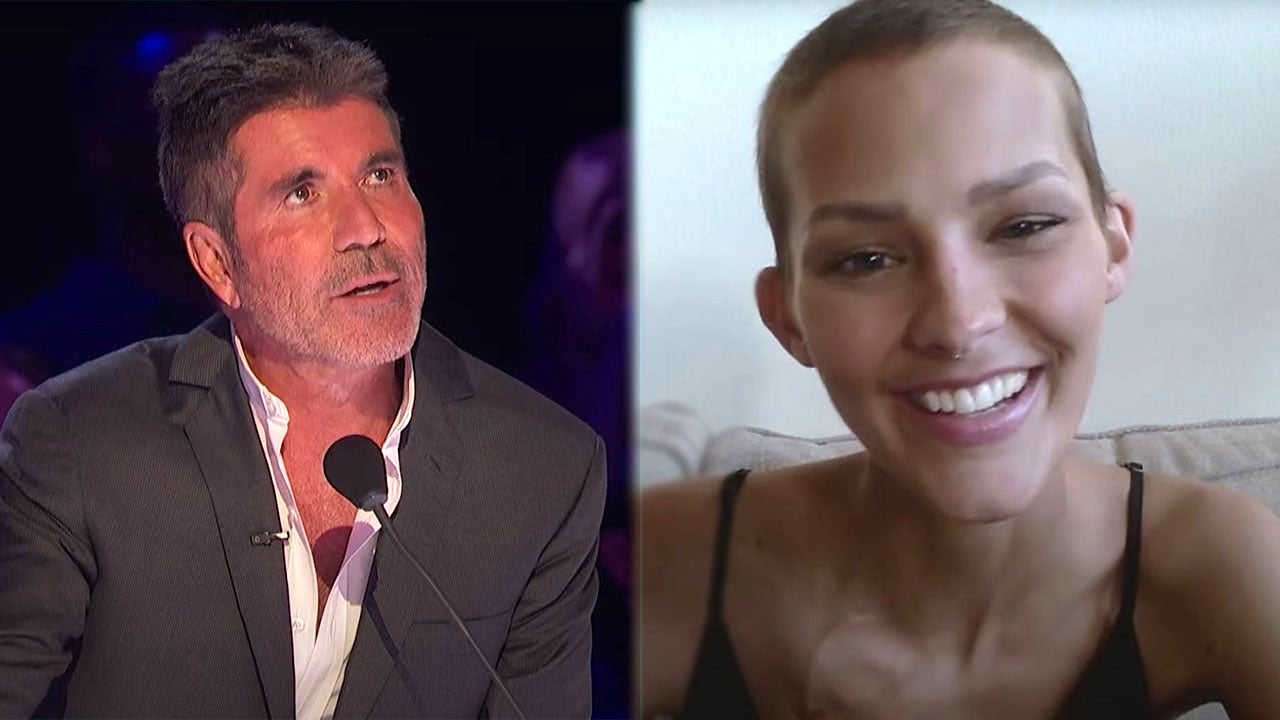 But the most memorable moment of the night was undoubtedly the surprise appearance by 30-year-old singer-songwriter and three-time cancer survivor Jane Marczewski, a.k.a. Nightbirde — who’d automatically advanced to this year’s AGT live shows after earning judge Simon Cowell’s Golden Buzzer, and should have been competing this week, but had to drop out when her health recently took a turn for the worse.

When Nightbirde had initially auditioned with her moving original ballad “It’s OK,” which has since racked up more than 2 million views online, she revealed that her doctors had given her a grim diagnosis. Yet she remained positive. Backstage that emotional evening, she told AGT host Terry Crews, “I have a 2 percent chance of survival, but 2 percent is not zero percent. Two percent is something, and I wish people knew how amazing it is.”

When Nightbirde appeared on AGT remotely from home this week, sporting a newly shaved head but also her trademark beatific smile, Simon was clearly shaken. Choking up, he revealed that he and Marczewski had spoken privately “a few times” since her audition and then told her live on the air, “You made the decision, rightly so, that your health your priority right now. And I know the last time we spoke, you actually said you feel like you let people down [by leaving the competition]. Well, I just want to say on behalf of all of us, you haven’t let anyone down.

“Even though you haven’t competed, you have already won,” Simon continued. “Your clip had such an impact on so many people — your courage and who you are. The most important thing is your wellbeing and your health and your recovery. On behalf of all of us here, we send our love our prayers, and we can’t wait to see you soon. Thank you so much for auditioning on the show and singing such a beautiful song.”

Simon’s fellow judges also shared sincere words of encouragement, with Howie Mandel telling Nightbirde, “The entire world is suffering adversity right now, and you are the poster-human for courage in the face of adversity, for poise, for beauty, and for fight. And that’s what we all need to do.”

The beaming Marczewski was clearly grateful for her time on AGT, even if it was cut tragically short. “There is no way I would have ever imagined that a song I wrote for myself in the middle of the night, when I needed those words so bad — it’s beautiful to see the world welcome that song into their own dark night. And I’m overwhelmed by it,” she gushed. “I cannot say thank you enough for the opportunity to have a moment to share my story. I think we’re witnessing such a beautiful picture of the human spirit and the triumph of the human spirit, and I think it’s restored my faith in humanity a lot to see people come together just over the fact that we all hurt, we all suffer, and we all have the potential to overcome. This is the most beautiful thing that’s ever happened to me in my life.”

Simon still seemed to be blinking back tears as Nightbirde concluded her sweet speech… but he managed to give her a friendly, playful wink as she signed off.