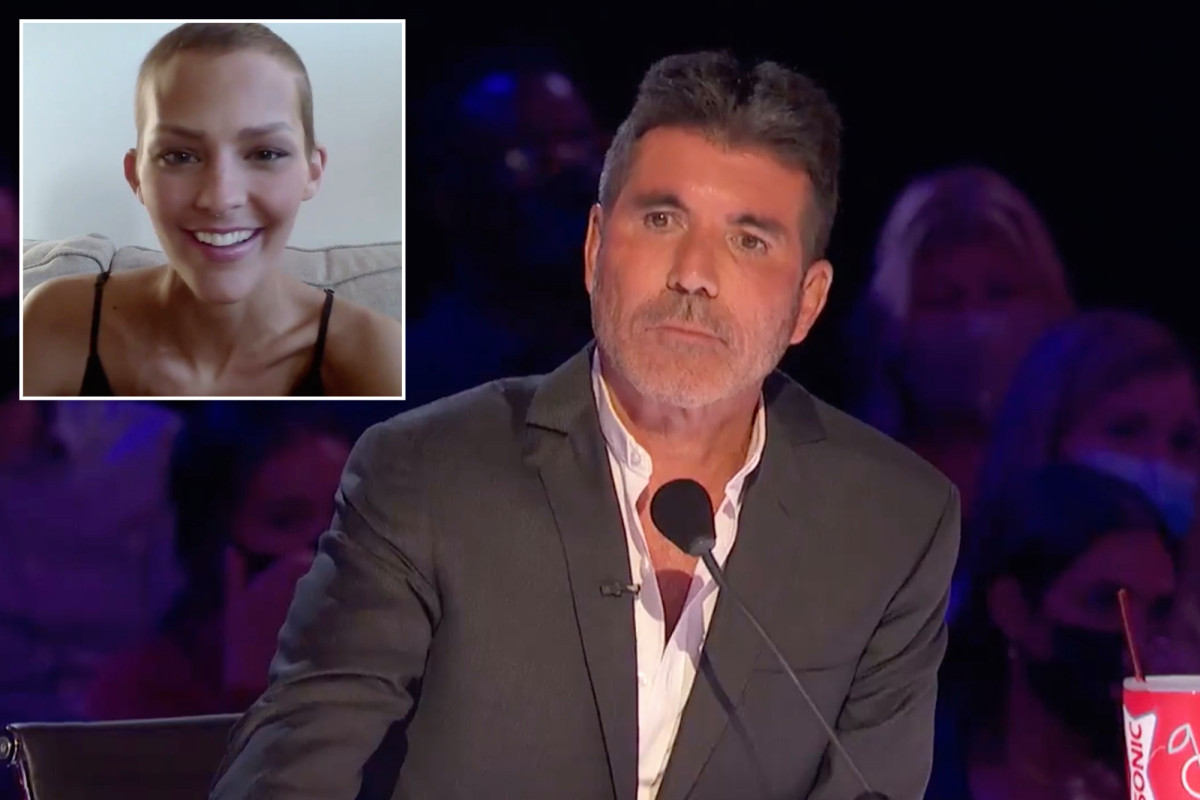 Nightbirde might have been forced out of the competition — but she still won the night.

“America’s Got Talent” Season 16 announced its first live results Wednesday with harmony trio 1aChord, comedians Gina Brillon and Kabir Singh, magician Dustin Tavella, and other fan favorites moving on to the next round.

However, host Terry Crews observed that there was one semifinalist missing from lineup: Singer and cancer fighter Jane Marczewski — aka Nightbirde. The 30-year-old Ohio native had earned a Golden Buzzer last month after a knockout audition with her original song “It’s OK,” which told the story of her battle with brain, liver and spine cancer.

Unfortunately, the “AGT” favorite was forced to drop out of the competition last week after her health took “a turn for the worse.”

But in a touching twist, Marczewski appeared as a surprise remotely Wednesday to update the crowd on her departure.

During the moving Zoom call, a visibly choked-up Simon Cowell, 61, told Marczewski she made the right decision to focus on “your well-being, your health and your recovery.”

“I cannot say thank you enough for the opportunity to have a moment to share my story and we are witnessing such a beautiful picture of the human spirit,” Marczewski gushed in response. “I think it’s restored my faith in humanity a lot to see people come together just over the fact that we all hurt, we all suffer, and we all have the potential to overcome.”

The normally curmudgeonly Cowell said, “I know the last time we spoke, you actually said you feel like you let people down [by leaving the competition]. “Well, I just want to say on behalf of all of us, you haven’t let anyone down. Even though you haven’t competed, you have already won.”

Cowell continued, “Your clip had such an impact on so many people — your courage and who you are. On behalf of all of us here, we send our love our prayers, and we can’t wait to see you soon. Thank you so much for auditioning on the show and singing such a beautiful song.”