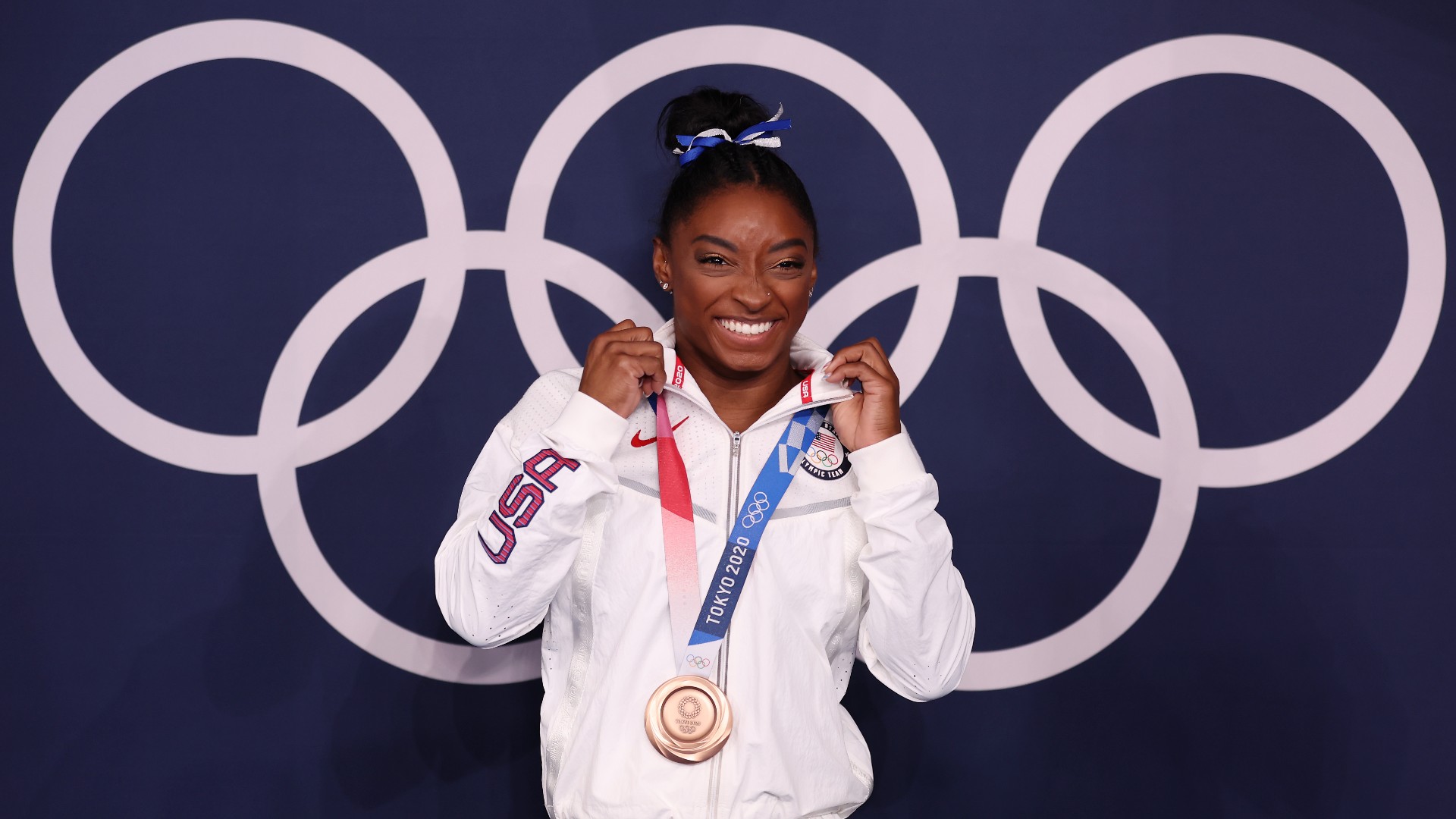 Simone Biles stood with her back to the balance beam, as if to delay facing the conclusion — or resumption — of her competitive career as long as she possibly could. Which was she pondering?

Her left leg twitched with nervous energy. Was she worried about getting back in the game, back in front of the world, back into that head-over-heels test of human limitations that is Olympic gymnastics? Or was she eager, after seven days of simultaneously serving as a target of far-right critics and a model for mental health advocates, merely to be an athlete?

In about the time it takes pump a tank of gas, she delivered her answer.

Her routine in the balance beam final was not Biles’ finest moment as a gymnast, but one could say it surely was her finest as an Olympian. She rose above the noise from those who rushed to call her a quitter because an accomplished Black woman is a most inviting object of scorn for particular media hacks. She rose above her own sudden hesitance about throwing her body into space, an anxiety similar to what we see in most every sport but whose consequences can be devastating in this one.

Biles stood on the lowest rung of the podium as China’s anthem was played, much of her face covered by a mask but an obvious smile in her eyes. She had won bronze. It was her second consecutive third-place finish in the beam and gave her seven total medals, tying Shannon Miller as the most decorated U.S. Olympic gymnast.

MORE: Explaining the dangers of the ‘twisties’ in gymnastics

Her routine earned a score of 14.000, lower than what she posted in qualification at the start of these Games, far below the 15.066 that won the title at the 2019 World Championships. It is difficult for someone other than a gymnastics expert to gauge whether the judges were fair or accurate, though given the absence of wobbling and instability that afflicted even gold medalist Guan Chenchen of China, it did feel at least a smidge like damaged Simone Biles was not treated with the same reverence as impervious Simone Biles had been.

She told reporters this bronze medal felt better than the one in Rio four years ago because she believed she’d delivered “a good beam routine.” She acknowledged there had been “nerves” present before she began.

“It means more than all the golds,” Biles told the Today show, “because I’ve pushed through so much the last five years, and the last week while I’ve even been here.”

Biles arrived at the Olympics as the most celebrated of 613 members on Team USA. She was wisely considered by those paid to know such things to be the greatest gymnast of all time. She had not lost a world all-around competition since she became eligible to compete at the senior level in 2013, when she turned 16. She was the star of the women’s gymnastics teams that NBC, which owns the broadcast rights in the U.S., chose to turn into the centerpiece of their Olympic and Olympic-adjacent programming.

From the moment she stepped in the gym near the start of the Games, however, it was obvious something was not quite right. Her performance in qualifying was well off her standard. She struggled to land properly in the vault, the event she essentially reinvented over the course of her career. She flew off the entirely off the surface of the floor exercise when attempting to complete one of her highest tumbles.

DECOURCY: Before criticizing Simone Biles, imagine walking a mile in her Air Jordans

It still felt shocking to see her withdraw on the night of the team competition after another flawed vault, but the immediate reaction from so many was astounding. People who never so much as completed a somersault assailed Biles for “quitting” on her teammates and costing them an opportunity to win a gold medal. Of course, they lacked an understanding of gymnastics basics; an impaired performance by Biles would have cost the team points and might have knocked them off the podium altogether.

Biles eventually explained the “mental health” issue she encountered was something gymnasts called the “twisties” – similar to the “yips” in golf. Except instead of missing two-foot putts because of a mental block, in this case Biles risked landing on her neck or the crown of her head because of disorientation in the air. Paralysis or death could be the consequences, not just making double-bogey.

For all the talk about what Biles had cost her team, it is curious how much opportunity her absence from various events created.

Suni Lee would not be internationally famous as the Olympic champion in the all-around, joining such celebrated gymnasts as Gabby Douglas, Mary Lou Retton, Nadia Comaneci and Ludmilla Tourischeva. And, of course, Biles.

MyKayla Skinner would have returned home with no medal. She was not part of the four-person U.S. squad that earned a silver medal and missed qualifying for the vault final because teams are limited to two entrants in each discipline. Biles’ withdrawal from that event gave Skinner a chance, and she earned a silver medal.

Although she had qualified in all four event finals, Biles chose to compete only in the last: the balance beam. It never has been her best event, but it was the one she felt comfortable enough to attempt. Once she climbed on that tiny strip of wood, she looked as though she’d never left.

With all of us aware she almost is certain to retire from competition after these Olympics, it would have been nice if Biles had been allowed to stay up there for a few more minutes. That is not gymnastics, though. It goes fast. And after she did a final tumbling sprint across the beam, she executed a double-pike dismount. Her feet hit the mat, and stayed put.

As Simone Biles departed the sport she has dominated, she stuck the landing. In so many ways.