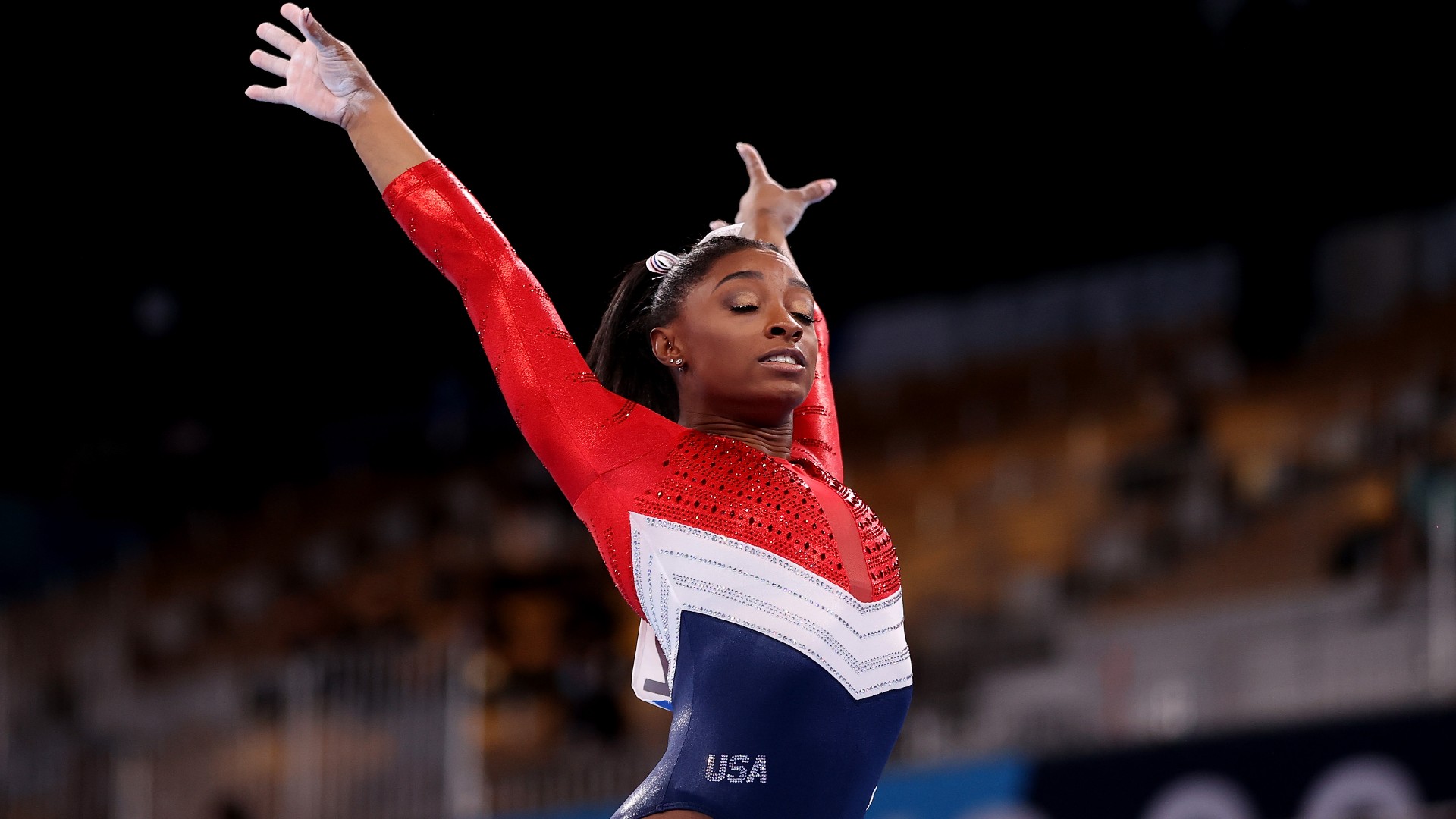 Simone Biles won a bronze medal in her final event of the 2021 Olympics. She finished with a 14.000 on the balance beam to earn her second medal of the Summer Games.

But the medal wasn’t what she was most worried about going into the final competition. All she wanted to do was avoid injury while taking the stage at the Olympics for what will likely be the last time.

“I’m going home in one piece, which I was a little bit nervous about,” Biles told NBC’s Mike Tirico in an interview about her efforts on the beam. “So, I’m not mad. It’s not how I wanted it to go, but I think we’ve opened bigger doors and bigger conversations.”

Biles certainly did open doors when she missed a week of the Tokyo Games while dealing with mental health concerns. Specifically, she was dealing with a case of the “twisties,” a mental block that gymnasts deal with that prevents them from knowing where they are while flipping through the air.

MORE: Simone Biles explains why she returned to beam despite twisties

How did that issue pop up? It was “just completely random,” Biles said.

“I went to do a floor pass and I just got lost in the air and I was like, ‘OK, it was a fluke.’ Didn’t do any more,” Biles said. “The next day we had a little practice before team final and I was like, ‘OK, well I have to do that again because that was really weird and it seemed off.’ And then I just could not get a sense of where I was in the air.”

As such, Biles felt it was best for her to withdraw from the team competition until she could figure out how to fix the problem. She performed one vault in the team final before her withdrawal and missed the all-around, vault, uneven bars and floor exercise event finals.

Biles faced ample criticism for her decision, but she knows she made the right choice. She trusted her teammates to medal and felt that she would be a detriment to the team — as well as a risk to herself — if she continued.

“Well, I knew they could do the job and that’s exactly what I told them as they found out I was pulling out for the rest of the competition,” Biles said. “I was like, ‘You guys are trained for this, you’re going to be just fine without me. Go out there, do your gymnastics and have fun. I’ll be here cheering you on. If you need anything, let me know.’ It was hard to watch from the sidelines, but I knew it was going to be the best option for myself and for the team if we wanted to medal.”

MORE: Why elite gymnasts tend to retire at a young age

And Biles wasn’t surprised by the criticism. That said, she’s hopeful her experiences can lead to more empathy for athletes, because many have “things that [they’re] working through behind the scenes.”

“I feel like it’s hard, but it’s harder being a female athlete because everybody prays for your downfall and wants you to mess up and all of that stuff,” Biles said. “I don’t think they take into consideration our mental health because what we do isn’t easy or else everybody could do it. But also, at the end of the day, we’re not just athletes or entertainment. We’re human too and we have emotions and feelings and things that we’re working through behind the scenes that we don’t tell you guys about. And so, I just think it’s something that people should be more aware of.”

Biles still enjoyed the Olympics despite the scrutiny and pressure surrounding her. She wrote on Instagram that she was “truly grateful” to become a seven-time medalist in Tokyo.

“I’ll forever cherish this unique Olympic experience. Thanks everyone for the endless love and support.