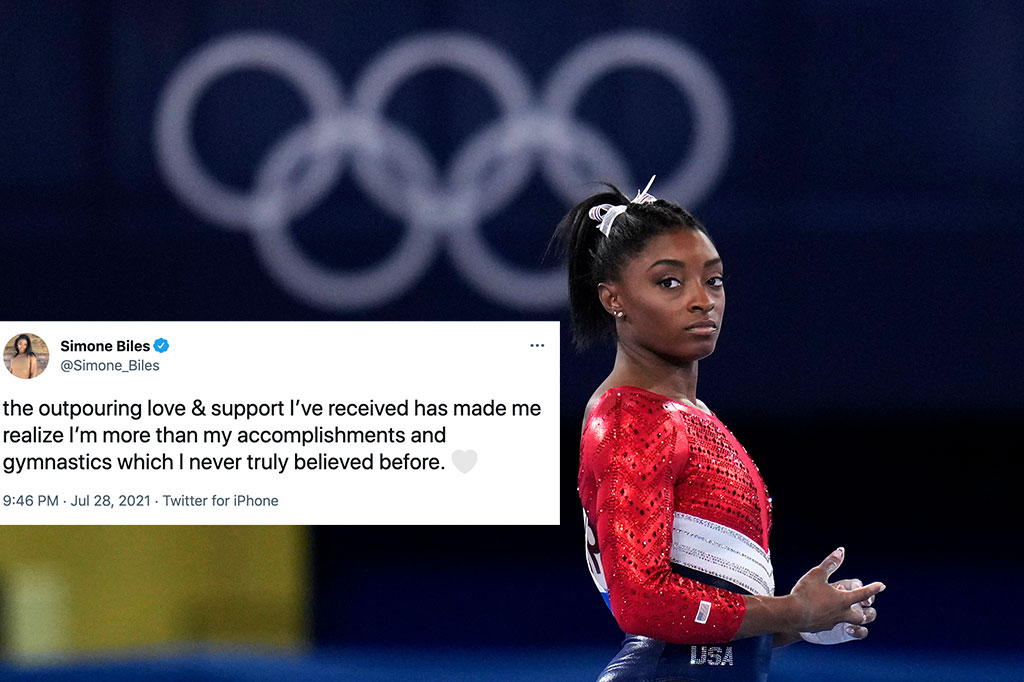 Simone Biles sent an emotional message to supporters on Wednesday after her contentious decision to opt out of Olympic competition to prioritize her mental health.

“The outpouring love & support I’ve received has made me realize I’m more than my accomplishments and gymnastics which I never truly believed before,” the 24-year-old American tweeted Wednesday night.

Fans took to Twitter to share their appreciation and admiration for the gymnast, who was promoted by NBC as the “greatest of all time.”

“You are even more the GOAT because of the way you’ve handled yourself these past few days (and every other day). Please please know you are just incredible. I’m 10 years older than you and look up to your character,” one user wrote.

“Just today my daughter had heat exhaustion at a softball tournament. She asked me if she’s going to play tomorrow, and I said, “it’s your choice. You decide how you feel.” Inspired by you, Simone,” said another.

The superstar bowed out of team competition Tuesday, claiming she was in good physical health, but overwhelmed the emotional toll of expectations associated with being considered the most prominent Olympic athlete.

“There’s more to life than just gymnastics,” Biles told reporters after her team won a silver medal in her absence.

“It’s very unfortunate that it happened at this stage, because I definitely wanted it to go a little bit better. [I will] take it one day at a time and we’re gonna see how the rest goes.”

The 4’8″ Texan, who has won 30 Olympic and World Championship medals, has not yet indicated whether she will compete in individual events next week.