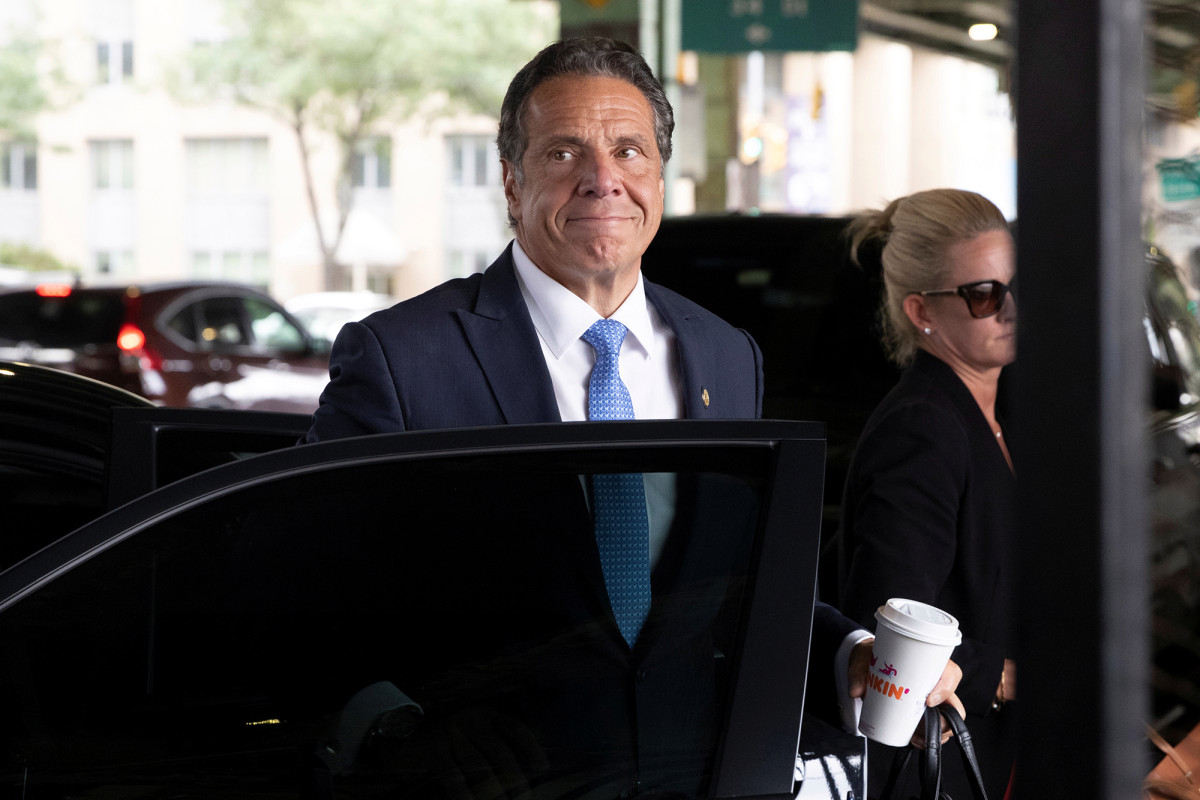 New York’s socialists are ready to man the barricades in the wake of Gov. Andrew Cuomo’s shock resignation — declaring Wednesday that it’s time for them to “seize the moment.”

In an afternoon email blast, the New York City chapter of the Democratic Socialists of America said that “with Cuomo gone, we have removed the biggest roadblocks to our socialist platform.”

“We have so many campaigns whose potential for victory just increased exponentially,” the email said.

“We are within striking distance of winning universal healthcare, social housing, and a Green New Deal.”

NYC-DSA claimed credit for helping oust Cuomo, saying it “was one of the first organizations” to demand his impeachment over the sexual harassment scandal that forced him to resign in disgrace on Tuesday.

“The evidence was clear that Cuomo had abused his power to harass almost a dozen women and that, without enormous pressure, he would never give up power,” the email said.

“That’s why we fought for months with our progressive allies and our friends in organized labor to make sure the pressure was so overwhelming, Cuomo had no choice but to step down.”

In addition to dancing on his political grave, the group also solicited donations from its supporters, saying, “With your help today, NYC-DSA can seize the moment to help build a state for the many instead of just the privileged few.”

A spokesperson for Lt. Gov. Kathy Hochul, who’s set to succeed Cuomo when his resignation takes effect, which he said would be Aug. 24, didn’t immediately return a request for comment.

But veteran Democratic consultant Hank Sheinkopf said that Hochul “should stay close to the center” if she wants to win a full term as governor.

“The issues in next year’s election will likely be crime, COVID and jobs. If the left controls the discussion, Hochul loses,” he said.

“The left’s position to defund the police is not a winning policy or strategy in a statewide election.”

Democratic mayoral candidate Eric Adams, who last month told supporters said that “DSA socialists are mobilizing to stop” him, said at an event in Brooklyn, “It’s clear I did not get one of those letters.”

Adams also noted the pending peaceful transfer of power from Cuomo to Hochul, saying, “That is what is amazing about America that I have never witnessed in socialist countries.”

Republican candidate Curtis Sliwa responded to the DSA email by saying that Cuomo’s resignation gave the GOP “a real opportunity to get back into the governor’s office.”

“Beware of what you feel you’re going to gain,” he said.