Following his loss to Gilbert Burns at UFC 264, Stephen Thompson has promised to make a strong comeback. ‘Wonderboy’ accepted that things didn’t go his way in the fight, but remains confident about getting back into the win column.

Thompson and Burns locked horns in the co-main event of UFC 264. After three competitive rounds, ‘Durinho’ emerged victorious with all three judges scoring the contest 29-28 in his favor.

Taking to his social media, Thompson issued an official statement and vowed to come back “better than ever.” He also thanked Burns for sharing the octagon with him.

During the fight, Thompson and Burns engaged in a wild exchange as they ferociously punched each other in the face. ‘Wonderboy’ compared that sequence with the iconic fight between Don Frye and Yoshihiro Takayama at Pride FC.

“Welp… didn’t go the way I wanted it to but I’ll be back better than EVER next time y’all see me in the octagon! Thanks so much Gilbert Burns for the opportunity Brotha!! Aaaand the face punching had me dying. Thanks to everyone for their love and support!” wrote Thompson.

Thompson’s loss to Burns was his first since March 2019. He is currently ranked fourth in the welterweight division ahead of next week’s updates.

What’s next for Stephen Thompson?

After suffering back-to-back losses against Darren Till and Anthony Pettis, Stephen Thompson secured a pair of victories to successfully enter the title picture of the welterweight division.

A win at UFC 264 could have possibly seen him compete for the title soon, however, the 38-year-old fell short in his effort to outpoint Gilbert Burns. Still, it goes without saying that Thompson continues to be a formidable name in the promotion.

He has beaten some of the most promising fighters in the 170-pound weight class, including Vicente Luque and Jorge Masvidal. A rematch with either fighter could be on the cards for Stephen Thompson.

Luque will take on Michael Chiesa at UFC 265 next month. Whatever the outcome of that fight, the Brazilian would likely be raring to avenge his loss to ‘Wonderboy’.

Meanwhile, Masvidal now finds himself in a difficult spot after suffering two consecutive defeats at the hands of Kamaru Usman. ‘Gaembred’ previously said that he has unfinished business with Stephen Thompson. 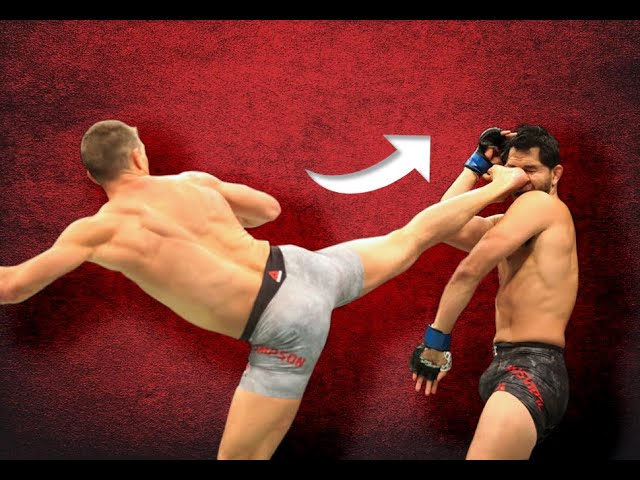