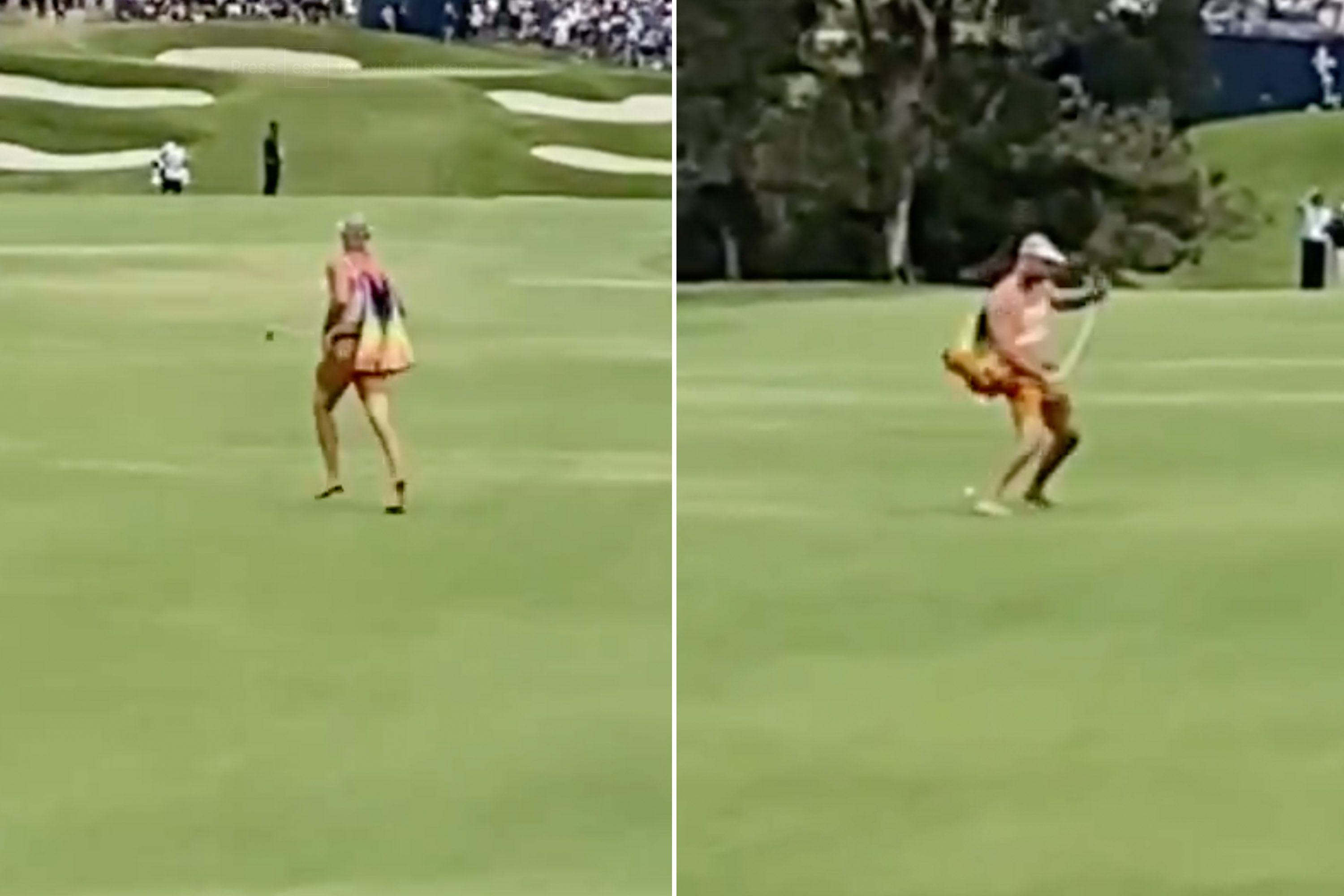 Golf fans have gone wild since returning to the stands. It was no different on Sunday during the final round of the U.S Open, when a fan decided to rush the course before Bryson DeChambeau’s shot on the 13th-hole.

In the video captured by Rich Beem, the streaker sported a visor, what looks like a women’s crop top, shorts, and a gay pride flag as a cape while carrying a club and golf balls. He decided to smack a couple of balls before breaking it down in front of the fans at Torrey Pines.

The fun did not stop there. As security swarms him, the fan pump fakes, pretending to give himself up but then sprinting away at the last second.

A security guard on a golf cart cuts him off and tackles him to the ground. He was then escorted out of the event.

The fan, whose name is Connor Murphy, was able to avoid jail time with the help of his friend, Lauren, and his dad. According to his Instagram, he was aiming to spread awareness for pride month.

DeChambeau, possibly distracted by the whole ordeal, would go on to double-bogey the hole. This would start his epic collapse, shooting a plus-6 on the final round to finish tied for 26th.