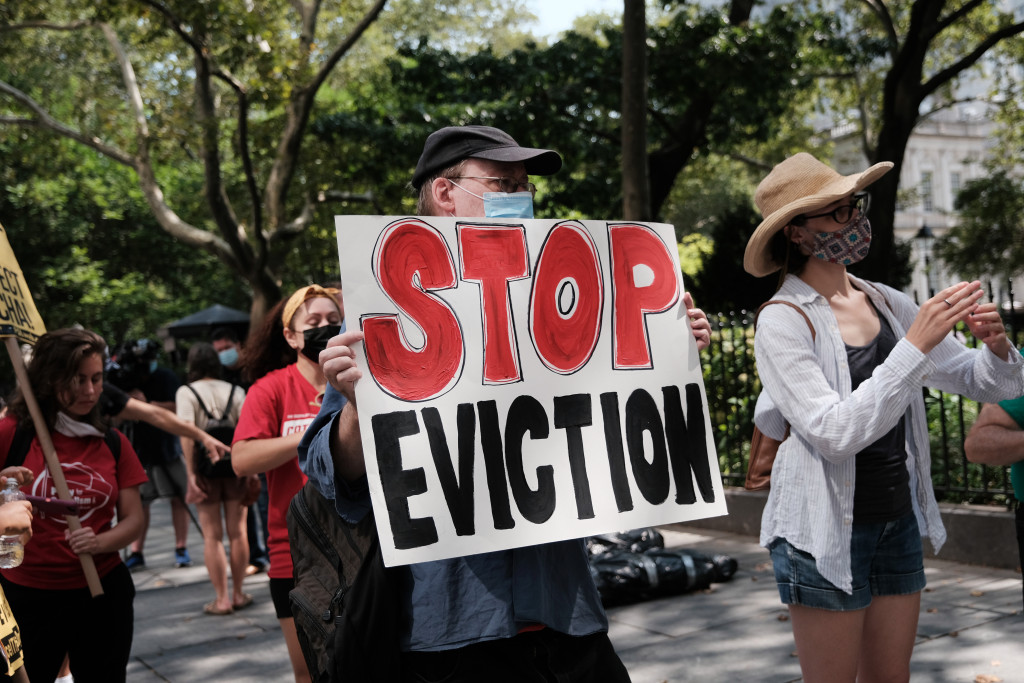 The Supreme Court voted 6-3 against part of New York state’s eviction moratorium on Thursday, before it was set to expire at the end of this month.

The COVID Emergency Eviction and Foreclosure Prevention Act (CEEFPA) was established by the state to protect renters during the coronavirus pandemic.

The legal issue is separate from a new moratorium that applies in most of the country that the Centers for Disease Control and Prevention imposed last week, according to the Associated Press.

Renters can no longer evade evictions by submitting a hardship declaration form to the state explaining lost income due to the pandemic or that moving would harm their health.

A separate measure protecting renters who can prove to a court they’ve suffered because of the pandemic remains in place.

“This scheme violates the Court’s longstanding teaching that ordinarily ‘no man can be a judge in his own case,’” the court wrote in its opinion.

Justice Stephen Breyer wrote in a dissenting opinion that the legal issue is not that clear.

“Moreover, the challenged law will expire in less than three weeks,” Breyer wrote, saying “such drastic relief” is not appropriate at this time. Justices Elena Kagan and Sonia Sotomayor joined his opinion.

“For these reasons, I would not grant relief now, and therefore respectfully dissent. Of course, if New York extends CEEFPA’s provisions in their current form, applicants can renew their request for an injunction.”

Lower federal courts rejected efforts from New York landlords to allow evictions to resume and the state had urged the justices to follow suit.