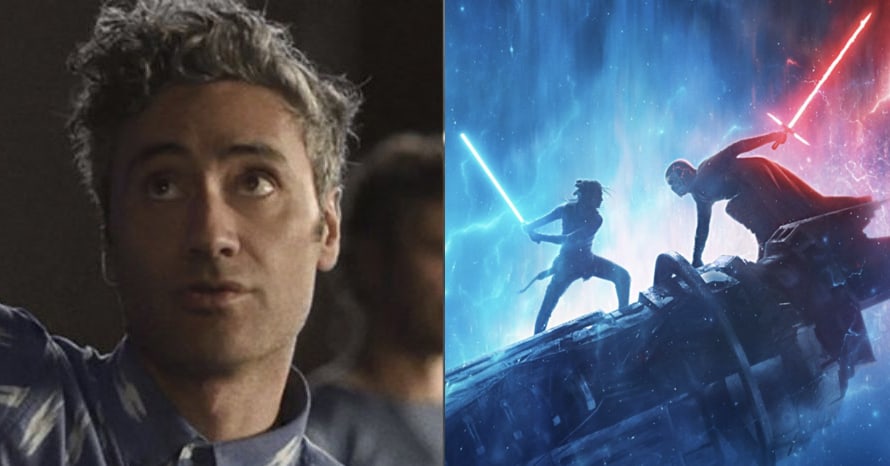 Taika Waititi recently offered a new update on the status of his Star Wars film now that he is putting his focus on it after completing filming on Thor: Love and Thunder.

One of the most mysterious Star Wars projects part of Lucasfilm’s slate isTaika Waititi’s film. After directing the season one finale of The Mandalorian, Waititi is getting the chance to tell his own Star Wars story alongside 1917 scribe Krysty Wilson-Cairns.

Now that Thor: Love and Thunder is in post-production,Taika Waititi is turning his attention to the Star Wars project and teases a little bit more about what we can expect while talking to Wired UK:

“It’s still in the ‘EXT. SPACE’ stage. But we’ve got a story. I’m really excited by it because it feels very me. I tend to go down that little sincerity alleyway in my films. I like to fool the viewer into thinking ‘ha it’s this’ and then them going, ‘Damn it, you made me feel something!’”

Here is the official synopsis for the last Star Wars film released by Lucasfilm, The Rise of Skywalker:

Lucasfilm and director J. J. Abrams join forces once again to take viewers on an epic journey to a galaxy far, far away with Star Wars: The Rise of Skywalker, the riveting conclusion of the seminal Skywalker saga, where new legends will be born and the final battle for freedom is yet to come.

Star Wars: The Rise of Skywalker is available on Digital HD, 4K Ultra HD, Blu-Ray, and DVD. Stay tuned for all the latest news on the franchise’s future, and be sure to subscribe to Stock Market Pioneer’s YouTube channel for more original video content!