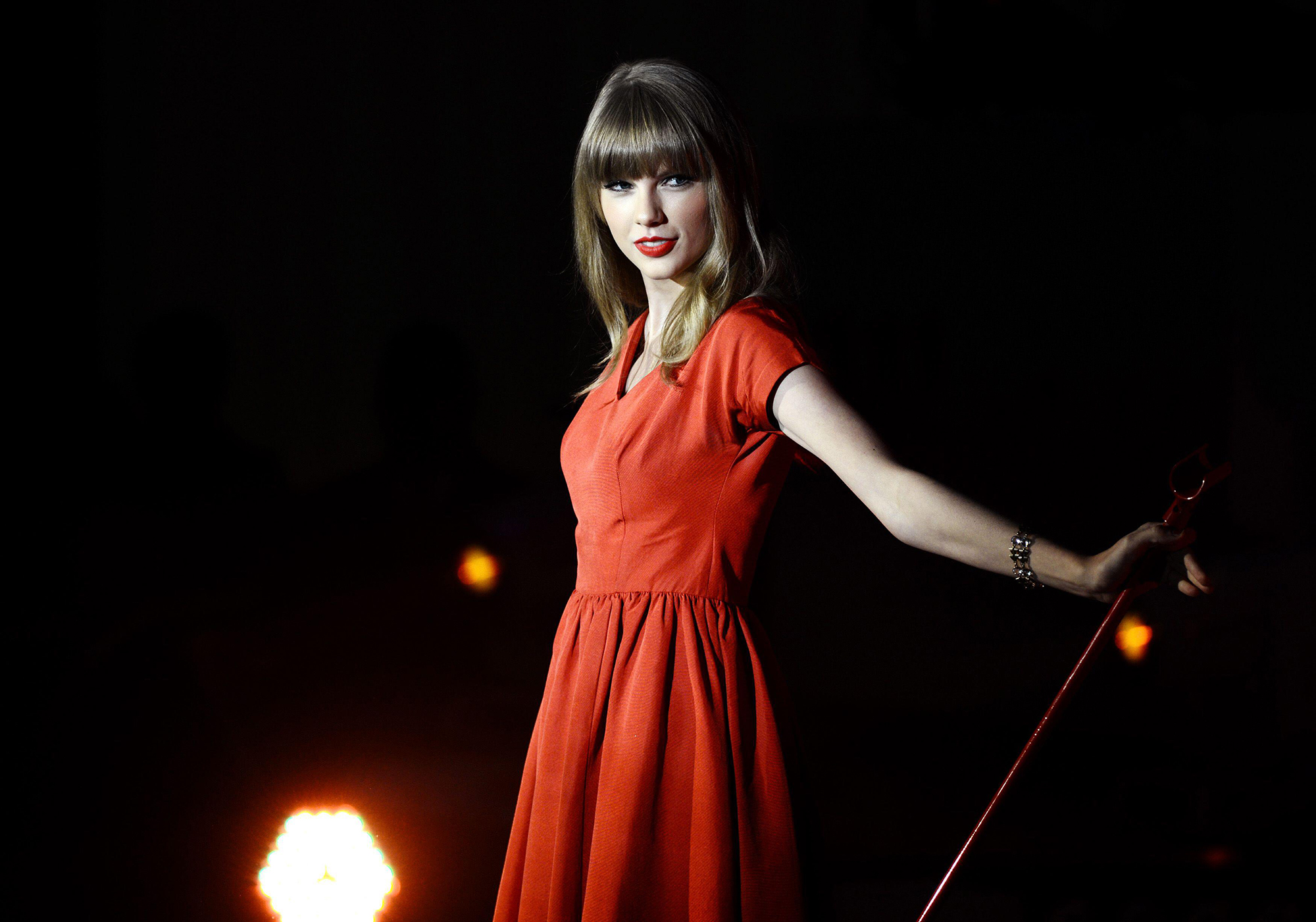 Two months after Taylor Swift’s rollout of her re-recording of “Fearless,” the singer, 31, announced a release date for another do-over.

Fans have speculated for months that she would surprise Swifties with a June 18 midnight drop of “1989 (Taylor’s Version).” However, she announced on Friday that 2012’s “Red” will be the next re-recorded album on her agenda.

But it’s not happening swiftly. Fans won’t be able to listen to the second iteration of the album until November 19.

“I’ve always said that the world is a different place for the heartbroken,” Swift wrote in the announcement. “It moves on a different axis, at a different speed. Time skips backwards and forwards fleetingly. The heartbroken might go through thousands of micro-emotions a day trying to figure out how to get through it without picking up the phone to hear that old familiar voice. In the land of heartbreak, moments of strength, independence, and devil-may-care rebellion are intricately woven together with grief, paralyzing vulnerability and hopelessness. Imagining your future might always take you on a detour back to the past. And this is all to say, that the next album I’ll be releasing is my version of ‘Red’.”

Swift goes on to explain the initial meaning behind the album, alluding to her past breakups.

“Musically and lyrically, ‘Red’ resembled a heartbroken person,” she wrote. “It was all over the place, a fractured mosaic of feelings that somehow all fit together in the end. Happy, free, confused, lonely, devastated, euphoric, wild, and tortured by memories past. Like trying on pieces of a new life, I went into the studio and experimented with different sounds and collaborators. And I’m not sure if it was pouring my thoughts into this album, hearing thousands of your voices sing the lyrics back to me in passionate solidarity, or if it was simply time, but something was healed along the way.”

She then concluded the announcement, stating there will be a total of 30 songs on the album, and the inclusion of fan-favorite “All Too Well,” but the extended and explicit version.

“Sometimes you need to talk it over (over and over and over) for it to ever really be… over. Like your friend who calls you in the middle of the night going on and on about their ex, I just couldn’t stop writing. This will be the first time you hear all 30 songs that were meant to go on ‘Red’. And hey, one of them is even 10 minutes long.”

Following the massive success of “Fearless (Taylor’s Version),” fans began to theorize that she would announce — or hopefully release — “1989” based on the Easter eggs she kept teasing. Even with the Swifties’ sleuthing, Taylor was still able to throw her fans off enough to make her Friday announcement a genuine surprise.

Swift limited the comments on her Instagram post, but lovers of her music are still celebrating on other social media platforms. Jake Gyllenhaal has already started trending on Twitter in the wake of the collective excitement for the re-release of the extended and explicit version of “All Too Well,” which has been rumored to be about Gyllenhaal.

Fans were not only shading Gyllenhaal, but they began to call out Swift for the misleading clues.

One fan even connected that the day of her “Red (Taylor’s Version)” announcement also happens to be Scooter Braun’s birthday, which could be an intentional reference to the music mogul who drove Swift to re-record her first six albums.