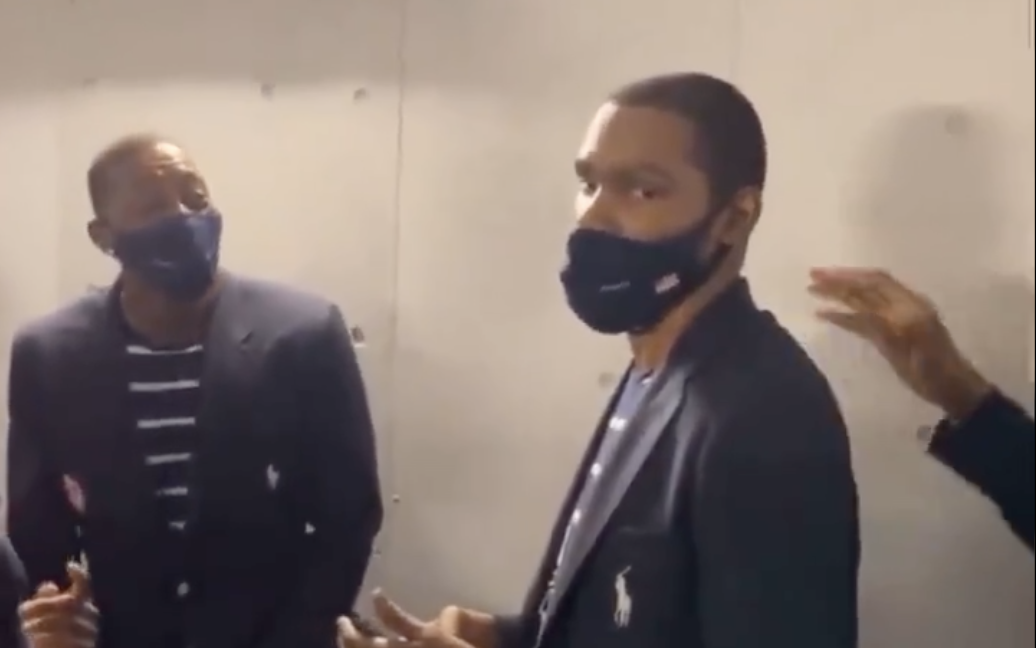 As all Team USA athletes gathered in the hallways of Tokyo’s Olympic Stadium before the Opening Ceremony on Friday, Kevin Durant was standing by himself, minding his business, occupied by his cell phone. Little did he know, he would soon be the star of the show.

In an effort to troll the Nets superstar, the conglomerate of more than 500 Americans started singing Happy Birthday to Durant.

Durant was flabbergasted. It appeared that he wanted no part in the impromptu celebration, eying down his teammates with a look of disgust.

Durant has a unique persona, one that makes him prone to trolling. He has frequently responded to haters on Twitter and made headlines with his “prickly personality.”

Nonetheless, the Washington, D.C. native is the leader of a stacked men’s basketball team that is seeking their fourth straight gold medal. Durant and company are scheduled to begin Olympic play on July 25 against France at 8 a.m, and will also face Iran and the Czech Republic in the preliminary round.