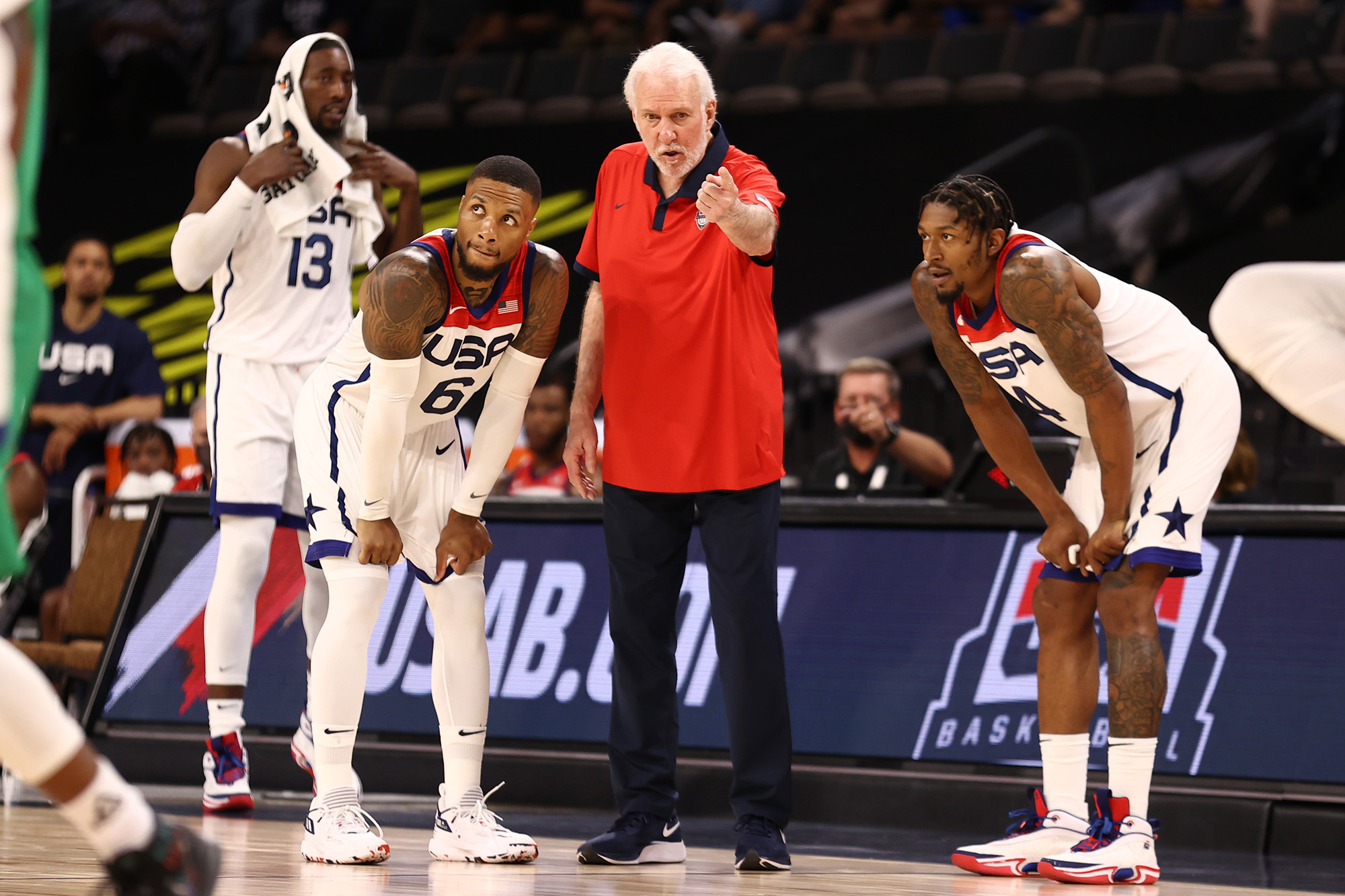 The U.S. men’s basketball team’s exhibition game against Australia on Friday in Las Vegas has been canceled because of COVID-19 protocols.

USA Basketball announced the news last Thursday night, saying the decision was made out of an abundance of caution. This comes after Wizards star Bradley Beal was moved into health and safety protocols earlier in the day and will be forced to miss the Olympics. It is unclear if Beal tested positive or if he has received the coronavirus vaccine.

The Pistons’ Jerami Grant also was placed in the protocols, and his Olympics are not believed to be in jeopardy at the moment. He did not test positive, according to The Athletic.

Team USA is next scheduled to face Spain on Sunday in their final exhibition game before heading to Tokyo.