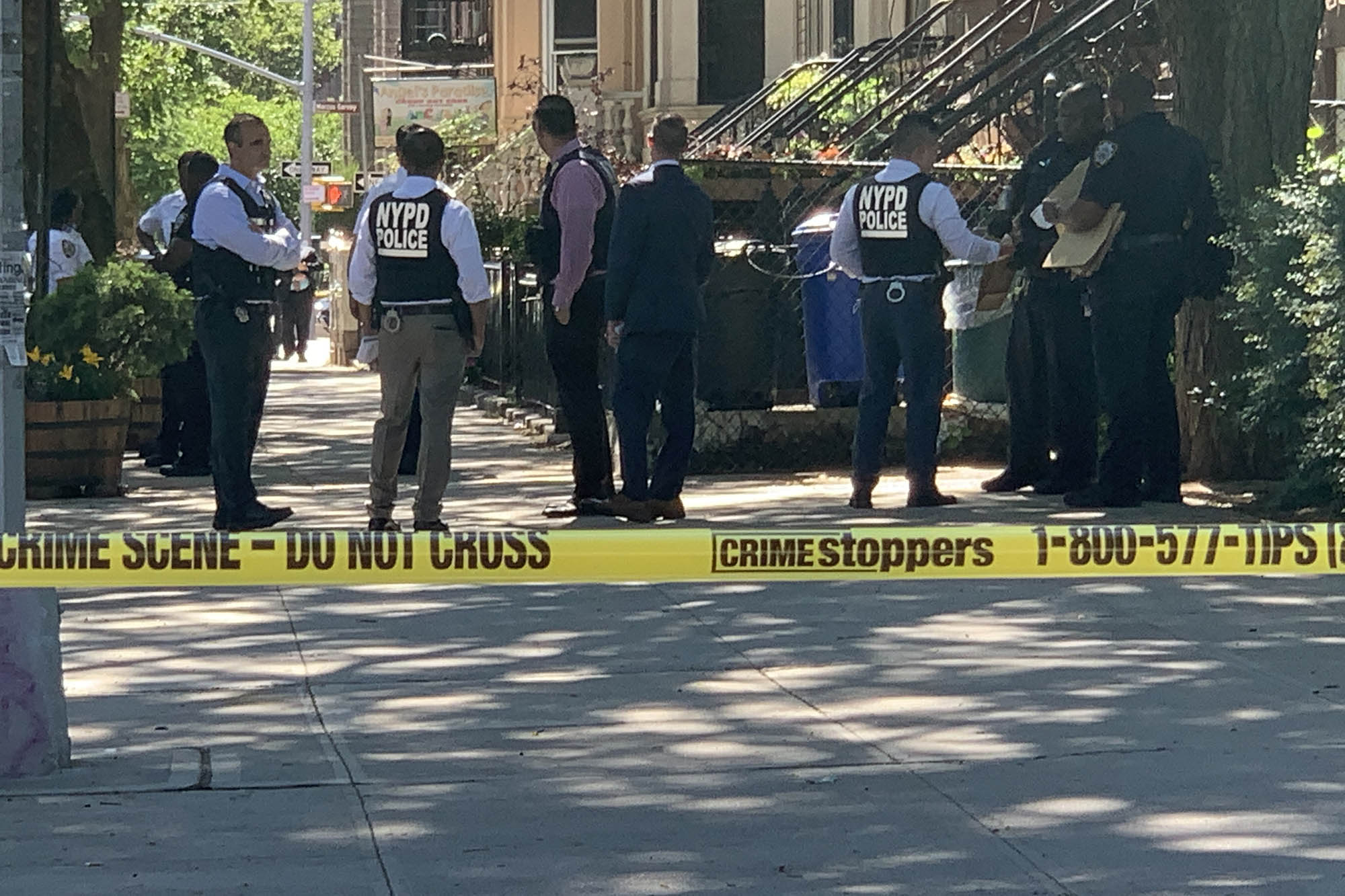 A 15-year-old boy was stabbed to death during a dispute with an older man in Brooklyn on Thursday afternoon, police sources said.

The teenager was rushed to Kings County Hospital following the 3:30 p.m. incident in Stuyvesant Heights, and was later pronounced dead, the sources said.

Joseph Elvird, 48, was arrested after the incident outside 158 Decatur St. and taken to the 81st Precinct.

Charges are pending against Levird.

The Post is withholding the name of the slain teenager pending family notification.

It is not immediately known what the dispute was about nor what sparked it.