Zeraora is a menace that has been used by loads of players already in Pokemon Unite.

Being considered a speedster, Zeraora can fly across the map. It can also deal loads of damage with some unique abilities. This closely resembles its utility in the main series Pokemon games, where Zeraora is an offensive beast that can even outspeed the likes of Dragapult. Since everyone gets him just by logging into the game before September, there’s no reason not to use Zeraora. Here is what players are going to want to build for him. 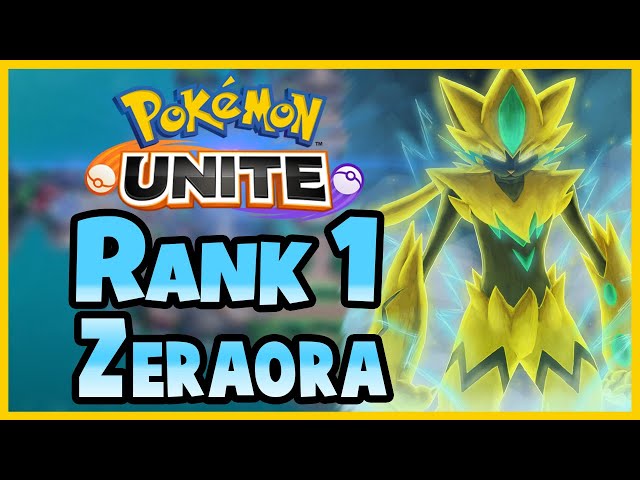 At level five, Zeraroa will probably prefer Spark over Volt Tackle as a midgame ability. Again, damage output should be prioritized over speed in Zeraora’s case, and it’s no different here. Then again, this is with the idea of a jungler Zeraora in mind. A Zeraora with a different role might benefit more from Volt Tackle, but otherwise Spark is the way to go.

In terms of late game abilities, Zeraora is going to want Discharge at level seven. Wild Charge might have a high reward, but it misses opponents just as often as it hits. Discharge, on the other hand, is much easier to control and simply covers more ground. Paralyzed enemies will get sucked into this attack as well.

For endgame abilities, Zeraora can do great things with Plasma Gale. This move creates an area of effect where opposing Pokemon inside the area gets electrified. Zeraora also gets its attack range and damage boosted in the area, giving it an opportunity to shred through what remaining Pokemon are left.

The item Zeraora is going to want is Fluffy Tail. This item stuns enemies for a short time while also increasing the amount of damage they take. A jungler Zeraora would greatly benefit from this, as it increases its capability to shred through opponents.