Having had its Pokemon GO exposure raised somewhat, Chimecho, the Wind Chime Pokemon, is having its capability in battle being re-examined. 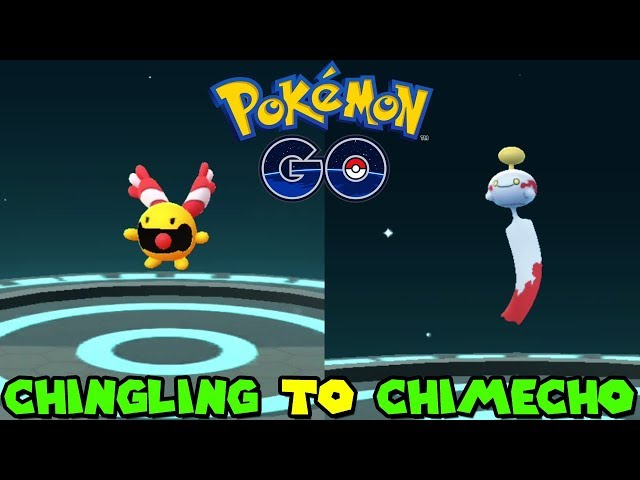 Sadly, Chimecho isn’t much in a stand-up fight for either PvE or PvP. It’s a nice rare-ish entry in the Pokedex, but its fighting capability will likely leave plenty of trainers wanting more. It has better performance than its baby form Chingling, but that isn’t exactly saying much.

Still, there may be a PvP cup or extraneous circumstance in PvE one day that players may decide to use Chimecho. If that’s the case, it should have its moves optimized for combat as well as possible.

Even though Chimecho can’t amount to much in a fight, Pokemon GO players never know when they might need to depend on this Pokemon in a pinch. With that being said, there are certain moves that Chimecho works effectively with and some that are situational at best.

When it comes to PvE battles, Chimecho’s best movesets are either Extrasensory and Shadow Ball or Extrasensory and Psybeam. Having Psybeam enables Chimecho to have slightly more kick from its Charge Move thanks to the Same Type Attribute Bonus (STAB), but Shadow Ball can perform well to win certain type matchups if trainers aren’t going for pure damage.

One may even consider teaching Chimecho both Charge Moves, but this can seem wasted on a Pokemon that doesn’t have much fighting capability in Pokemon GO.

In PvP, the moveset options are essentially the same. Players can go with Extrasensory + Shadow Ball or Extrasensory + Psybeam or opt for both Charge Moves. Chimecho has decent enough stats for PvP, but it is outshined significantly in Pokemon GO’s Battle League by other Psychic-types such as Hypno, Alakazam, Medicham, and more.

Chimecho may still win out in certain matchups against Fighting-type Pokemon or vulnerable dual-types like Toxicroak, but that’s something that can also be handled by much more capable Psychic-type Pokemon. All the same, if a Pokemon GO trainer is a big fan of Chimecho and elects to go forward into battle with it, they can do far worse than these top movesets.