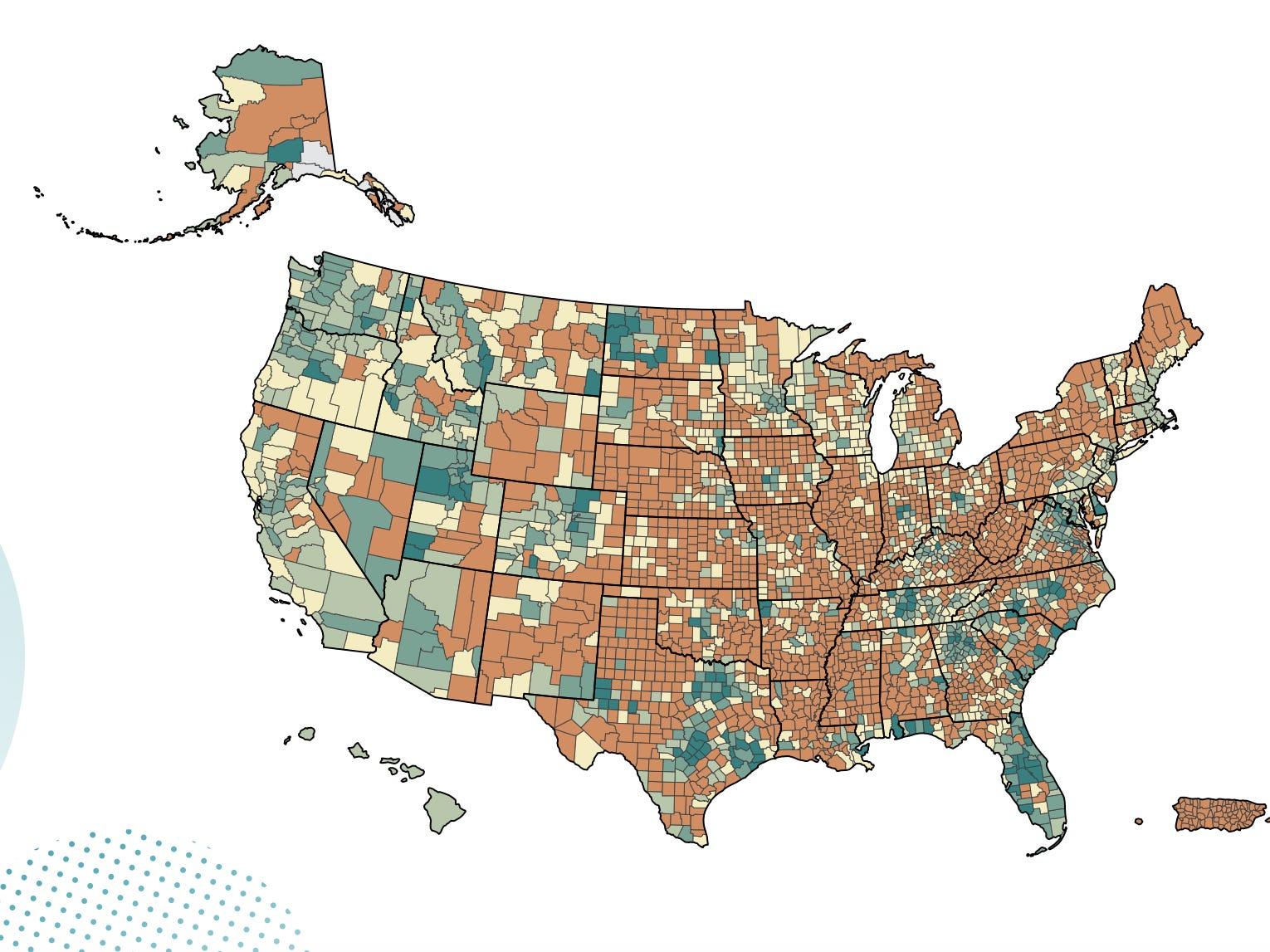 A map released Thursday by the US Census Bureau shows how widespread the population declines in rural areas have become over the last decade.

Massive swaths of Middle America have seen a decrease in population growth since 2010, according to results from the 2020 Census.

The areas – including large sections of South Dakota, Nebraska, Kansas, Missouri, Mississippi – have seen declines in their population since 2010, the data shows.

Large chunks of Texas, New Mexico, Louisiana and Illinois saw the same results. According to the US Census Bureau, the country became more urbanized from 2010 to 2020, with 86.3% of Americans living in metropolitan areas of more than 50,000 people.

It confirms the growing divide between rural and urban America that was starkly illustrated by the 2020 election, as Insider’s Nick Lichtenberg and Hillary Hoffower reported. Per a Brookings study, Joe Biden won more densely populated counties that made up 71% of America’s GDP while Donald Trump won counties representing just 29%. Hillary Clinton had won 64% of GDP versus 36% for Trump in 2016.

Mark Muro, senior fellow and policy director of Brookings’ Metropolitan Program and one of the report’s authors, told Insider at the time that America has two “different economic worlds,” and the census confirms that the rural one is shrinking. Muro said this economic divide has been sharpening since 2000 and accelerated in the last decade.

The Census Bureau noted just how populations have changed over the decade in a recent press release.

“Many counties within metro areas saw growth, especially those in the south and west. However, as we’ve been seeing in our annual population estimates, our nation is growing slower than it used to,” Marc Perry, a senior demographer at the Census Bureau, said in a press release.

At the metro area level, most of the 384 metro areas saw their populations grow. The Census Bureau noted 312 of the 384 grew in size over the decade, especially The Villages in Florida. This metro area increased its population by 39%, the fastest-growth in just 10 years among metro areas.

Will Wilkinson, who researched population density and related political allegiance, told Insider in November 2020 that the example of a car dealership owner in a poorer, rural area sums up the economic reality. “There’s kind of a sense of malaise” there, even if the dealership owner is making a decent living, so there’s a sense that things are “kind of falling apart.” Now we know that the economy of rural America was a smaller and smaller one over the past decade.