The Lakers and Suns matchup in Game 2 on Tuesday May 25th. Los Angeles trails 1-0 in this first round series after a Game 1 masterpiece led by Phoenix’s young stars.

Chris Paul is expected to be healthy for the Lakers vs Suns Game 2, though it’s unclear at what percentage he will be operating. After a season riddled by poor health, the Lakers have all their key men available on Tuesday. LeBron James and Anthony Davis are yet to put together a complete performance, however.

This is a massive game in the West playoffs. Going 2-0 down would be crisis point for the Lakers, who remain among the NBA title favorites despite slumping to the seven seed.

Phoenix’s young duo of Devin Booker and Deandre Ayton showed no sign of postseason nerves. Mikal Bridges and Jae Crowder make quite the wing tandem to trouble James and Davis.

This is nearing a must-win for the Lakers – here are three keys to success.

When Chris Paul was struggling with his shoulder, the Lakers threw the kitchen sink at Devin Booker. Booker had shown his full array of scoring talent throughout the game on his way to 34 points on 26 shots. 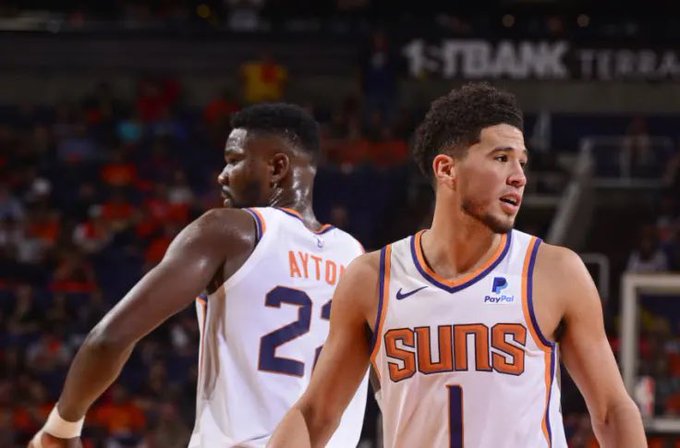 Throughout the second half, the Lakers chucked doubles and traps at Booker. The idea to take it out of his hands, and take advantage of Paul’s inability to shoot, was perhaps understandable. Booker was seldom troubled by the pressure, though, and the Suns picked apart the Lakers defense. The two-time All-Star finished with eight assists and the Suns were gifted countless easy buckets.

The Lakers have good enough man-to-man defenders to stay home when Booker has the ball on the perimeter. Alex Caruso had his struggles, of course, but keep Caruso away from isolations against Booker and they can live with him going one-on-one.

Get more from Davis

Anthony Davis is too often anonymous for a player of his talent. He was nullified by Deandre Ayton in Game 1, barely a threat to score and bullied on the boards. The Lakers quite simply need more from Davis.

Anthony Davis: “There’s no way we’re winning a game, let alone the series, with the way I played today. It’s on me”

Davis had one first half rebound and finished with just 13 points. While Ayton was awesome, and Jae Crowder is a strong post defender, the Lakers need Davis to be more assertive at both ends. If Game 2 is anything like Game 1, it’s hard to see how the Lakers can win.

As pointed out by Dave McMenamin, Davis had a knack for bouncing back in the playoffs last year. He owned spectacular averages in games following sub-50% shooting performances. Whether it means more mid-range jumpers or Frank Vogel calling more pick-and-roll, it will be interesting to see if we get a different version of Davis on Tuesday night.

Kyle Kuzma put up zero points on two field goal attempts. Given his importance to the team this season, that’s a concerning position to be in. He played under 20 minutes and was clearly a non-factor on the offensive end.

If LeBron James is lacking explosiveness after his injury, the Lakers need scoring wherever they can find it. Kuzma can get buckets, and do so efficiently.

Perhaps, like so much with the Lakers, the issue is the centers. Kuzma with James, Davis and a center doesn’t work against the Suns’ backcourt. If the Lakers remove the unnecessary center and put Davis at the five, it allows them to put Kuzma on the wing and get more scoring on the floor.

Vogel should give the Kuzma, Dennis Schroder, Kentavious Caldwell-Pope, LeBron and Davis lineup a chance. It might be their best way to get enough offense on the floor.