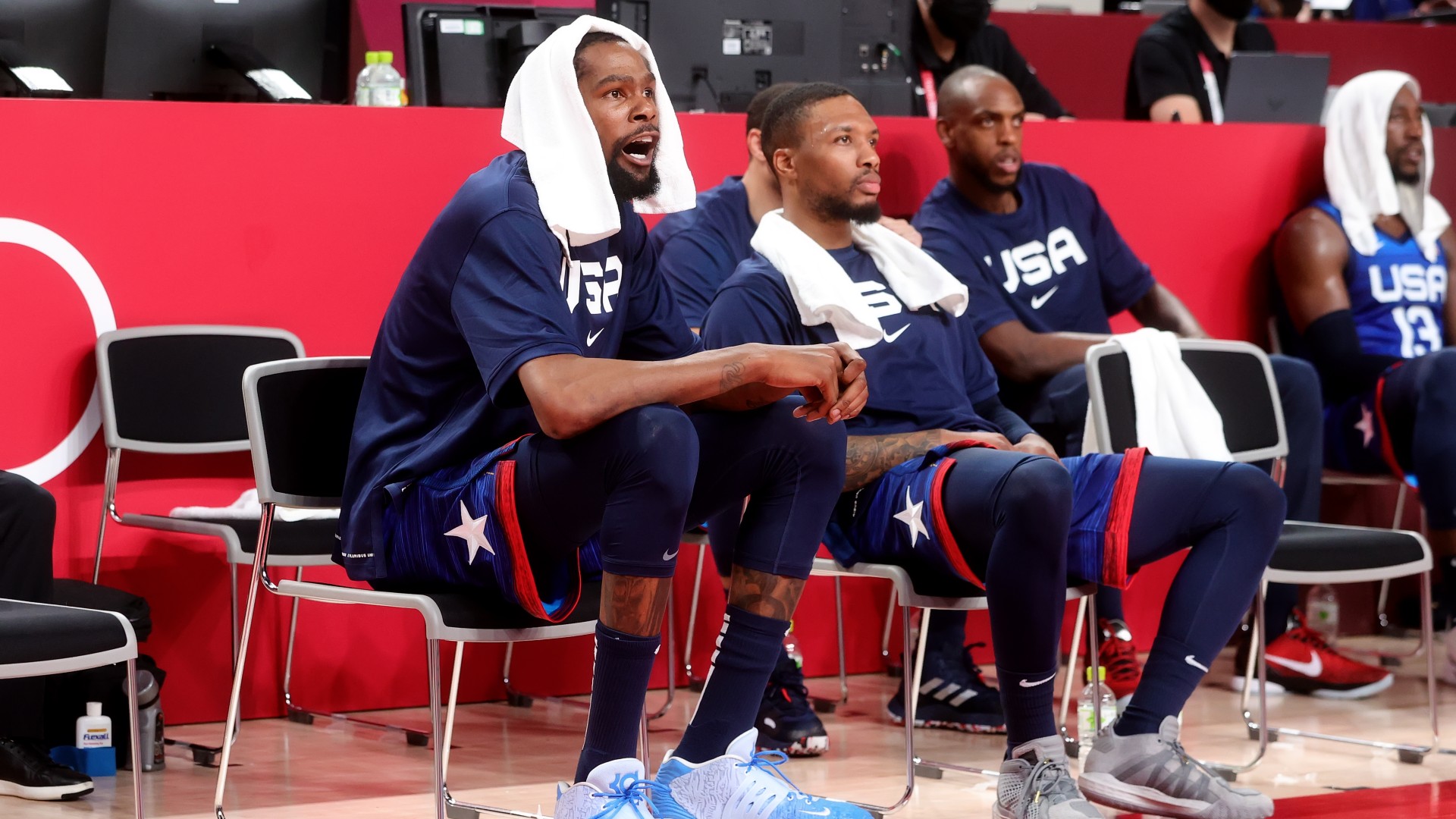 Apparently falling to Nigeria and Australia in exhibition contests didn’t serve as a big enough wake-up call for the U.S. men’s basketball team.

France handed Team USA its first Olympic loss since 2004 on Sunday, defeating the Americans 83-76 in the first game of group play. The loss doesn’t mean Team USA has been eliminated from the tournament — wins against Iran and the Czech Republic would put it in position to advance to the next round — but it is clear that Gregg Popovich’s squad needs to be much, much better if it wants to take home the gold medal.

Evan Fournier was the best player on the floor

Yes, you read that correctly. Fournier torched Team USA for 28 points on 11-of-22 shooting, including a clutch 3-pointer late in the fourth quarter that gave his team the lead. He went to work against just about every defender that stood in front of him.

Give Fournier credit for shining bright on the Olympic stage, but Durant and Lillard being outplayed by one of the Celtics’ secondary scoring options is inexcusable.

In their exhibition loss to Australia, the Americans were outscored 11-1 over the final four-and-a-half minutes. It was strange to see a roster with so many offensive weapons fail to produce when it mattered most, but that was a fluke, right?

Well, it happened again. France outscored Team USA 16-2 to end Sunday’s contest, and the shooting numbers in that stretch were atrocious.

In the fourth quarter overall, Team USA shot 4 of 18 from the field (22.2 percent) and took only three attempts in the paint. Yuck.

Whether it’s Popovich adjusting the offense to put his players in better positions to score or those players simply hitting more shots (probably both), there must be improvements in this area. Team USA likely will be challenged down the road and find itself in a similar situation again.

If Holiday was exhausted from chasing around Chris Paul and Devin Booker in the NBA Finals and flying over to Tokyo after the conclusion of the series, he certainly didn’t show it.

The Bucks guard scored 12 of his 18 points in the fourth quarter, helping Team USA build a seven-point lead with less than four minutes to go. While he couldn’t carry the Americans over the finish line, Holiday deserves praise for bringing some much-needed energy and intensity to the floor.

Gets switched onto a center, plays great D without fouling in the post, and then is able to spin and finish on the other end pic.twitter.com/ILmR2Fd1o9

Holiday competed as though a gold medal was on the line against France. While Team USA is still capable of making it through group play, it would be nice if Holiday’s coaching staff and teammates matched his sense of urgency.