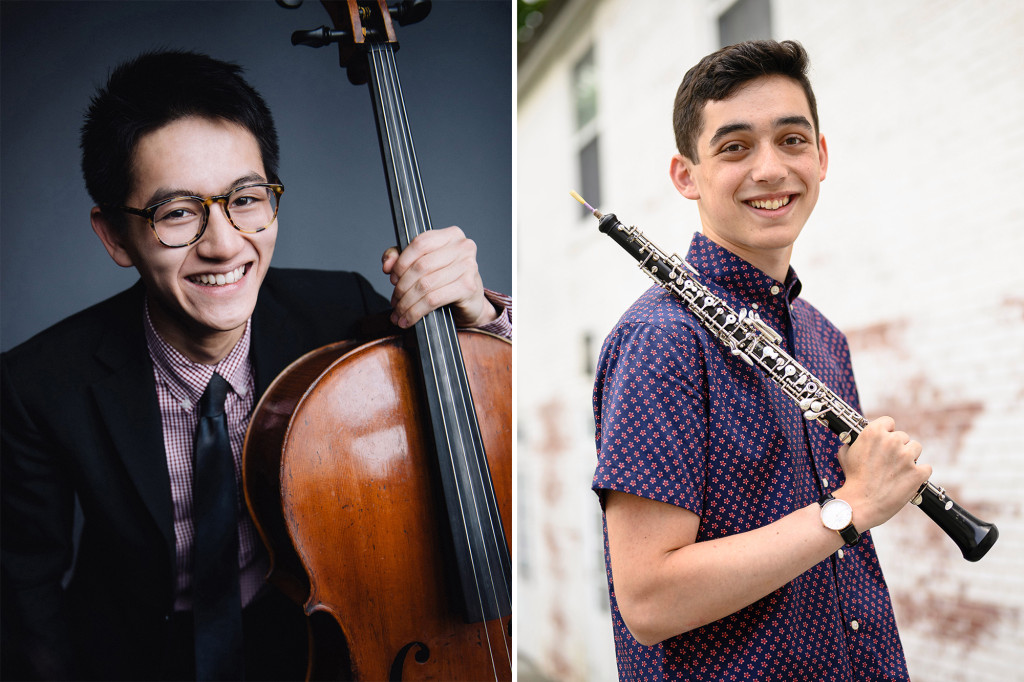 Spencer Rubin amassed 32.5 million views and 867,000 followers on TikTok for his relatable and comedic videos. However, the Long Island native is not performing choreographed dances or posting about intimate relationships — he plays the oboe.

Rubin, 17, studies classical oboe at Juilliard Pre-College. He is one of a handful of influencers who have built their platforms around classical music.

“I think that with social media, we’re able to de-stigmatize the sense that classical music is super fancy and needs to be perfect,” Rubin told The Post.

“One of the main ways to keep classical music alive is to just keep people talking about it, and so if we can do that through social media, I think it’s a great way to get more people involved,” he added.

For many Gen Zers and millennials, their Spotify playlists have more Beethoven than Taylor Swift. Thanks to content creators including TwoSet Violin — a classical music comedy duo with 3.21 million YouTuber subscribers and 757,200 fans on TikTok — people have gravitated toward the genre that many still view as elitist and inaccessible.

According to joint research by the Royal Philharmonic Orchestra, French music streaming service Deezer and British Phonographic Industry (BPI) in 2020, 34% of those streaming classical music from 2019 to 2020 were 18 to 25, and classical streams by listeners under 35 rose by 17%. A decade ago, only a tenth of classical listeners were under 30, according to BPI data. On Spotify, Bach had 7.2 million monthly listeners, while Beethoven, Mozart and Chopin all had over 6 million.

“Rather than tying the music to a physical venue that might be perceived as inaccessible and representative of an elitist past, the direct availability online means that the potential audience is exponentially expanded,” Kurt Nikkanen, a violin soloist and concertmaster with the New York City Ballet, told The Post. “Anyone, not just big-name artists, can stream content at any time and reach an audience, comprised of anyone with an internet connection.”

“It was really important to reach folks that were on sort of the fringe of [liking] classical music, people who listen to classical music while they say, ‘I like it because it calms me down I find it very relaxing,’” said Chan.

For Chan, social media is a way to explore his personal creative side and help more and more people discover classical music during its “renaissance era.”

“Our attention is being demanded by so many different things on social media, the news, and, in a way, classical music bucks that trend” by asking people to just slow down and listen, he added.

Chan noted that he’s seen people make the genre “more transparent” through videos in which musicians explain their playing process and creators put cool graphics that mimic the music. Rubin added that he’s seen people on social media incorporate famous composers into jokes or memes, which leads viewers to learn more about their works.

For Rubin, using TikTok is a way to make classical music more relatable and meaningful.

“I try to demonstrate things that a lot of classical musicians might go through that maybe other people might not understand,” said Rubin, who posts quick skits about life as an oboist. “It allows people who aren’t classical musicians to see a little bit into our entire world and see what we actually deal with … breaking down that barrier between people thinking ‘all we do is practice and we don’t have any personality.’”

Cool classical acts worth checking out

TwoSet Violin is perhaps the biggest name on social media in the classical music space. The violin comedy duo has gone viral for their sightreading challenges, prodigy reaction videos and relatable music humor.

Rebecca Young, associate principal violist with the New York Philharmonic, makes occasional videos with fellow orchestra members and her daughter, such as Prokofiev’s “Peter and the Wolf” in under one minute.

Rubin posts short skits on things that many classical musicians go through, as well as comedic routines fusing pop culture and classical oboe.

Chan posts cello videos that draw in thousands of views, including skits on what classical music might be like in 2050 and renditions of trending pieces.