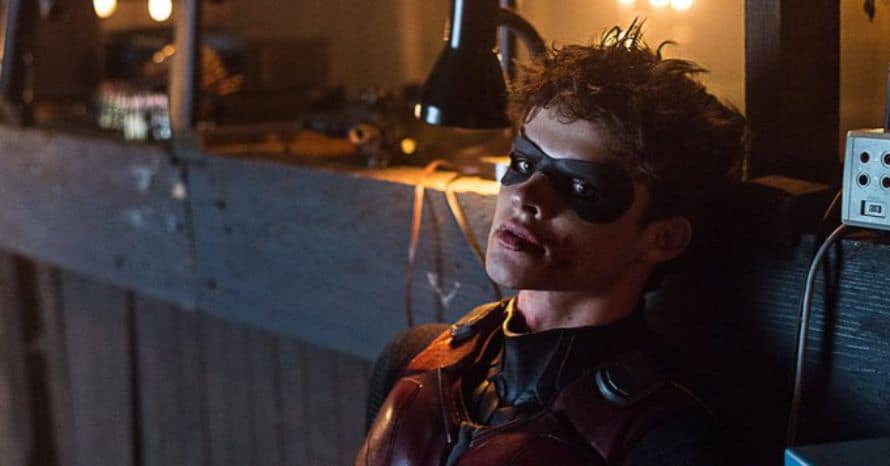 The third season of Titans started off by drastically changing the Red Hood origin story.

Major spoilers ahead for Titans.

After two solid years of waiting, DC’s Titans has officially returned for its third season, this time hitting HBO Max. Fans have been eagerly anticipating their return to the dark, grimy Titans, which has consistently tried to recontextualize the DC mythos with modern-day grit. The first three episodes of Titans season three premiered earlier today, taking a cue from the iconic Death In The Family storyline. We’ve known for a while that the series will show Jason Todd assuming the role of Red Hood. Titans, however, decided to make the pivotal story arc even darker by implementing the death of the Joker.

In the original storyline, the naive Jason Todd is lured in by the Joker and is seemingly killed by the maniacal clown with a crowbar. Eventually, Todd returns as the masked Red Hood, an anti-hero hell-bent on one-upping Batman.

In the season premiere, Jason Todd tracks down the Joker in an amusement park. The Joker gets the best of him and kills Todd with a crowbar. Some moments later, the series cuts to Dick Grayson‘s room. Bruce Wayne barges in and throws a crowbar towards Nightwing. Wayne then goes on a lengthy monologue, confirming that he killed the Joker.

“He started it. I ended it…Do you know what he was doing as I caved in his skull? He was laughing. He laughed at me because he’d won. You and Barbara were right. It’s all a game I should’ve stopped playing a long time ago. It’s over for me now. It’s over.”

As Wayne leaves the room, he tells Dick “to be a better Batman”. This cleverly sets up both Dick’s eventual (Or, rather hopeful) turn as Batman, whilst also tying Red Hood’s death into how Wayne retires from the role. With the Joker now dead, we can even imagine some retribution coming from his camp. All in all, the Titans premiere was a shocking but worthy start to one of DC’s most mature projects.

Here is the official synopsis for Titans season three:

“Titans follows young heroes from across the DC Universe as they come of age and find where they belong. In season three, circumstances draw our heroes to Gotham City, where they will reunite with old friends and face new threats.”

The first three episodes of seaso three are now out on HBO Max. Stay tuned for all the latest news regarding Titans, and be sure to subscribe to Stock Market Pioneer’s YouTube channel for more original video content in the future!