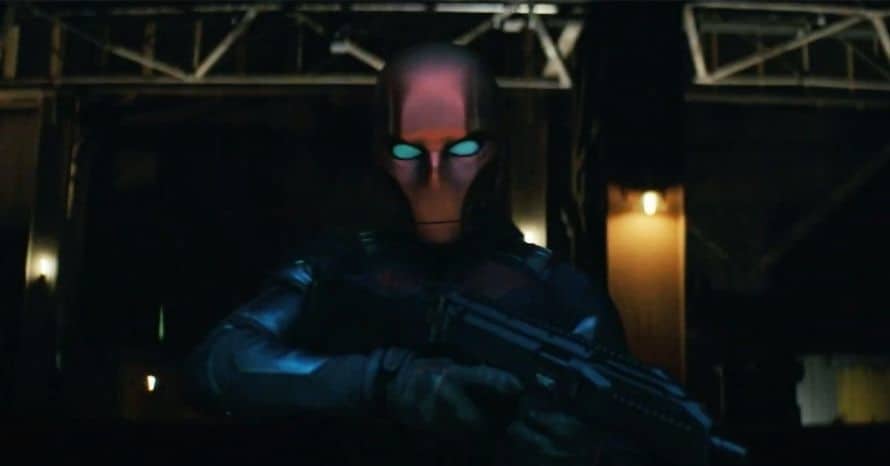 Titans executive producer and showrunner Greg Walker has opened up about introducing Red Hood for the show’s third season.

The first live-action version of Jason Todd was introduced in the first season of Titans in a guest role before becoming part of the main cast in season 2. Most people naturally assumed that, at some point, the character would make the transition to Red Hood. As it turned out, that transition is happening in the show’s third season.

The early trailers for the third season of Titans revealed that Jason Todd had been killed by The Joker with a crowbar. Later on, it showed that Red Hood was set to be one of the main antagonists of the season, although it did not reveal if it was in fact Todd under the mask. However, Greg Walker has given every indication that it is.

In a recent interview with Collider, Titans showrunner and executive producer Greg Walker opened up about introducing Red Hood for the show’s third season and how it fits into Jason Todd’s overall arc:

It’s a good question. And I think the answer to that question begins by looking at where he is at the end of Season 2, where there, he’s in exile from the times after the trauma that he experienced through his ordeal with Deathstroke, and the kind of follow-up to the Titans. In many ways, Jason Todd’s always a tragic character, and struggling not to be one. He’s basically a foster kid, and a kid of the streets, who wants to find someone who believes in him and is struggling to find acceptance throughout his whole life.

He reminds me of a lot of people I know [who] were sort of kind of struggling with that same challenge. And he thought he’d found it with Bruce, and then he thought he found it with the Titans. And the struggle for acceptance, and his inability to find it in a way that’s meaningful. And some bad breaks, honestly, that he got, result in him having to kind of find acceptance in the hands of someone who has a different… who doesn’t have good intentions for him. So it felt like the right time to kind of segue that with the villain that we were using this season.

Here is the official synopsis for Titans season three:

“Titans follows young heroes from across the DC Universe as they come of age and find where they belong. In season three, circumstances draw our heroes to Gotham City, where they will reunite with old friends and face new threats.”

The first three episodes of Titans’ third season are now out on HBO Max. Stay tuned for all the latest news on the series and be sure to subscribe to Heroic Hollwyood’s YouTube channel for more original video content.