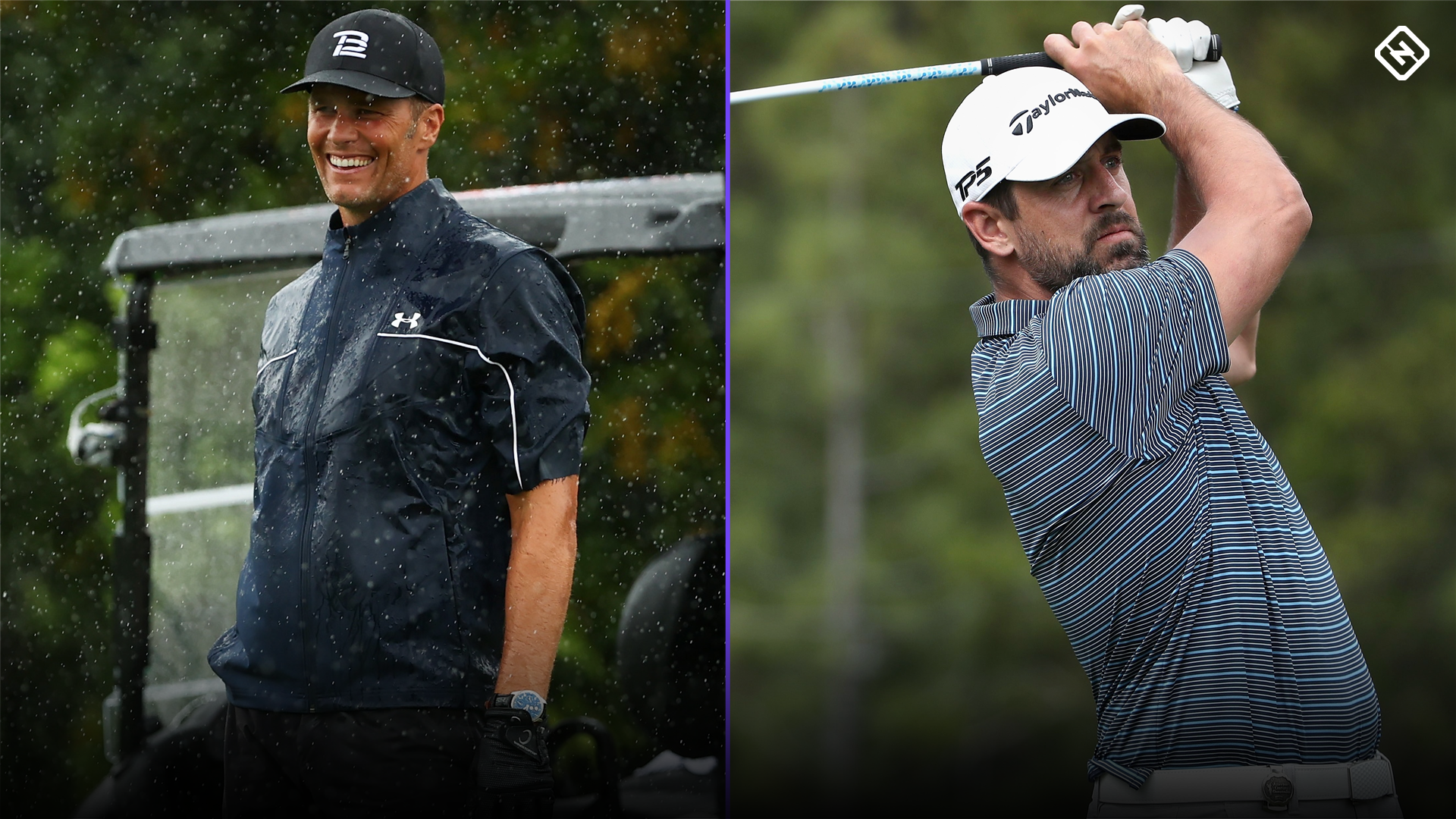 For the third time in less than a year, Tom Brady and Aaron Rodgers are facing off in competition.

The two will not be on the football field this time. Instead, they’ll be on the golf course alongside Phil Mickelson and Bryson DeChambeau in “The Match 4.”

Rodgers will be looking to exact revenge on Brady, whose Buccaneers beat his Packers during the regular season and in the NFC championship game. Rodgers will be paired with DeChambeau while Brady will reunite with Mickelson, his partner in the second iteration of the contest.

Rodgers’ side is favored right now. DraftKings Sportsbook has his pairing listed at -182 money line odds. Mickelson and Brady opened as +132 underdogs.

Mickelson and DeChambeau will do most of the work in Tuesday’s contest in all likelihood, but the subplot of the 2021 Super Bowl MVP Brady facing off against the 2020 NFL MVP Rodgers is intriguing nonetheless. And the trash talk between the two should be a lot of fun.

But how will they do on the course? Here’s everything you need to know about Brady and Rodgers as golfers, including their handicaps, highlights and accomplishments in the sport.

Does Tom Brady or Aaron Rodgers have the better handicap?

Aaron Rodgers has the better handicap of the two quarterbacks. According to Rodgers, his best handicap is 3.5 while Brady’s has been listed as 8.1. In case you’re wondering what that means, a handicap is a formulaic number that gauges how well you can play against a person of a different talent level than you. Here’s how to calculate it:

For those that aren’t as numerically inclined, these numbers means Rodgers is about 4 1/2 strokes better than Brady on average. But Rodgers thinks that Brady is a bit better than the numbers indicate.

“I don’t think Brady’s an 8. I’ve played with him, and he’s good,” Rodgers said in a Golf Digest interview.

Brady has experience participating in “The Match,” as he teamed up with Mickelson for the second edition of the event. He and Mickelson lost that contest, but Brady had a terrific hole-out during it.

He also posted a handful of lessons from the match on Instagram. The most important was about what pants to wear, as he famously ripped his during the battle.

Brady has golfed plenty outside of “The Match.” He won the 2006 Michael Jordan Celebrity Invitational as Jordan’s playing partner.

And here’s the best from his performance in the 2014 event.

Rodgers is an avid golfer and has been a staple of the American Century Championship celebrity golf tournament over the years. The Packers quarterback has participated in the event every year since 2005, with his best finish being eighth place in 2017.

Those are some pretty good numbers and Rodgers has demonstrated improvement during his career.

Rodgers has also participated in the Pebble Beach Pro-Am like Brady. Rodgers’ 2020 performance was strong as he and Max Homa finished ninth. He hit a tee shot to a few feet of the hole on a par-3.