The Dota 2 battle pass for this summer boasts the all-new Nemestice game mode.

The new mode offers everything that made Turbo mode awesome on regular Dota 2. Similar to Turbo, couriers are immortal and perma-hasted, and the gold bounty from all sources is tremendously amped up.

Unlike Turbo, Nemestice is a completely new map with four lanes and new power-up mechanics. The gameplay, however, incentivizes taking and defending objectives foremost – with no tiered buildings to back a lane up.

The following items are almost indispensable to leverage this kind of Dota 2 gameplay.

Vladimir’s Offering is the ultimate package for the Nemestice mode. Physical damage heroes are extremely popular in Nemestice due to their exceptional pushing power. Vladimir’s auxiliary life-steal effect might be the difference between victory and defeat in a Dota 2 scuffle.

The biggest thing, however, is a blanket 18% damage bonus. This bonus, stacked on 5 heroes, is a really underappreciated power-up tool. Its low pricing also means any hero can get it online early.

Desolator’s passive effect allows attacks to corrupt armor. On the towers, a -6 armor debuff rounds off to a 16% debuff to the tower’s physical damage resistance (as per Dota 2 armor calculation from 16 to 6).

In practice, this makes chomping down towers with right-licks much, much easier.

Other than the minor “sustain” stats (mana and HP regen), Meteor Hammers combos work especially well with big crowd-control abilities – such as Overgrowth or Song of The Siren.

However, this is not the sole purpose of this item’s inclusion. Outside of the tier-5 neutral, Meteor Hammer is the sole item that can disable towers temporarily. The building damage it deals is also good enough to turn any Dota 2 hero into a half-decent pusher.

A small map and focus on tower defense means copious amounts of battles. Being able to keep pushing after fights makes a huge difference both in the regular Dota 2 and in the Nemestice mode.

Guardian Greaves, alongside its active dispel and aura, is a low-cooldown AoE heal that nurses a battle-scarred team back to fighting conditions, or at least pushing conditions. 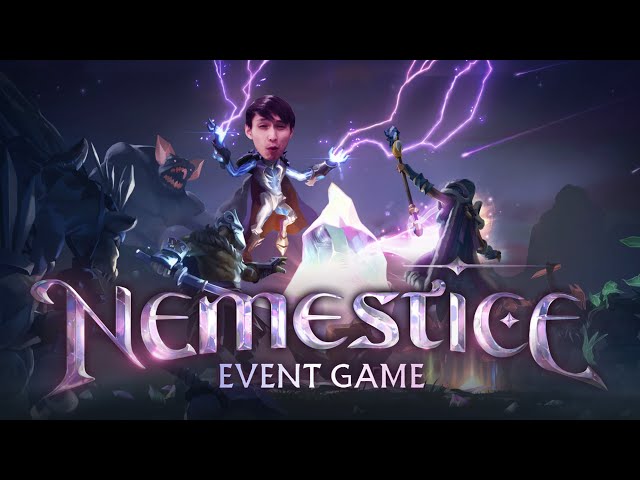 On a side note, Greaves is only good on one hero who is ever present in teamfights. Nemestice rewards ratting quite a lot, thanks to the absence of the usual Dota 2 backdoor protection.

If not for Greaves, the obvious choice for boots is Boots of Travel.

Due to the teamfight-heavy nature of Nemestice, crowd control items in general have great value. Gleipnir can pin multiple targets in space long enough to make a world of difference in a Dota 2 teamfight.

It works well with almost any disability that benefits from a pre-emptive set-up. The build-up also includes Maelstrom, which helps ward off creeps and aids in farming the rest of the components quickly with the bountiful gold economy.