In Pokemon GO, legendary Pokemon match their dominance in the main series games in terms of stats, movesets, and raw strength.

All anyone needs to do is play a couple matches in Master League to see how dominant these Pokemon are. It’s also difficult for them to compete with each other, now that Generation VI legendaries Xerneas and Yveltal were added in the game. As the pool of legendary Pokemon keeps expanding, more god-like threats are there for teams to prepare for. These five Pokemon outperform the other legendaries, but only by small margins.

Which legendary Pokemon outperform the others?

Even without access to Drizzle, Kyogre is a powerhouse. 270 Attack is definitely in the higher tier, and it will be tough to knock out. Water-type Pokemon are great to use on teams, since they only fear Grass and Electric attacks. Waterfall also pairs with Surf extremely well, doing chunks of damage to any Pokemon that don’t resist.

This might be the weakest legendary in terms of Attack, but it certainly makes up for it with its fantastic bulk. Lugia gets a mega-powered 310 Defense stat, allowing it to sit on any Gym Defense team with a high success rate. It’s ability to fire off strong Future Sights and Aeroblasts also still makes it an offensive threat despite not being as strong.

This Pokemon enjoys the super-high stats that the other legendaries get, but where Zekrom really stands out is with its moveset. Zekrom is one of few legendaries with moves that are at a low energy cost. All it takes is 50 to fire off an Outrage or Wild Charge. On top of that, it gets Flash Cannon, which can damage Fairies as well as Crunch, to counter the stronger Psychic and Ghost Pokemon.

This Pokemon is ranked so high mostly due to its typing. The Ghost and Dragon combination resists Fighting, Fire, Grass, Water, and several other commonly used types. When paired with its 284 Stamina stat, it’s clear to see how teams can struggle defeating Giratina. 225 Attack is also still enough to shred teams with Shadow Ball and Dragon Pulse. 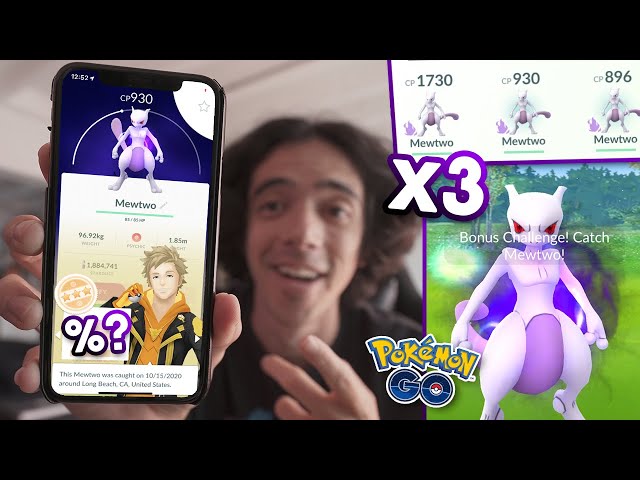 Ever since Giovanni got a hold of this Pokemon, it’s been a dark cloud over the meta. Shadow Mewtwo is a wrecking ball that buffs Mewtwo’s already high 300 Attack stat. It is often said that this Pokemon can beat Raids alone just with STAB Psychic moves.

It doesn’t hurt, though, that Mewtwo gets access to a bunch of the best coverage moves in the game, among them Shadow Ball, Ice Beam and Thunderbolt. It’s arguably harder to beat Shadow Mewtwo in Pokemon GO than it was to beat Mewtwo in Cerulean Cave in Generation I.

“People like him are an inspiration for everyone, even me”