Hostile mobs can be one of the scariest aspects of Minecraft. While there is a large number of mobs in Minecraft, there are only three different types of mobs categories: passive, neutral, and hostile. Hostile mobs are those that will attack players no matter the circumstances.

Each hostile mob has different settings, so some do far more damage than others. Damage inflicted onto Minecraft players by mobs depends on the difficulty setting.

Overall, here are the weakest hostile mobs that Minecraft players can battle against.

The weakest hostile mobs in Minecraft 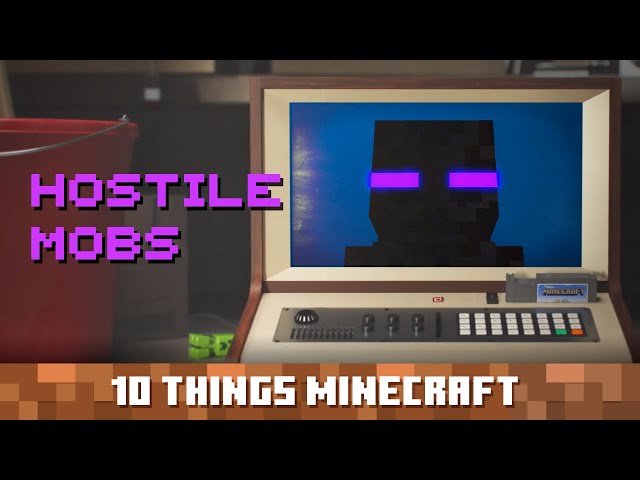 There are many forms of zombie mobs in Minecraft, and most of them have similar properties.

Regular zombies, husks, and zombie villagers all have 10 hearts, just like a player does. These mobs can do 1.25 – 2.25 hearts of damage, depending on the difficulty mode. Luckily for players with full health, this isn’t too bad if a zombie does end up getting some hits in.

However, baby zombie mobs can be harder to battle against due to their smaller hit boxes and quicker movement.

Skeletons are another classic Minecraft mob. Like players, skeletons have 10 hearts as well.

Because skeletons fight using bows and arrows, the damage they can inflict is always dependant on proximity and range to a player. Skeletons have a chance of doing .5 – 2.5 hearts of damage per hit.

Slimes are dynamic Minecraft mobs that come in a range of sizes. The size of a slime determines the amount of health it has as well as the amount of damage it can possibly inflict.

One of the rarest Minecraft mobs also happens to be one of the weakest. Endermites only spawn under specific circumstances, and their spawn chances are low even at that.

When they do spawn, though, endermites have just 4 hearts. When they attack players, they can do about 1 – 1.5 hearts of damage. It should be relatively easy for players to combat when they do run into these small purple mobs.

Although silverfish can be quite annoying to deal with in Minecraft, they are actually one of the weakest hostile mobs of all.

Silverfish have only 4 hearts and can inflict just .5 – 1 heart of damage with every hit. This is significantly less than any other hostile mob attack.

Of course, a lot of the time, silverfish will spawn in groups. This in turn could cause more damage overall with multiple attacks happening at once. Despite this, a single silverfish is quite weak overall.