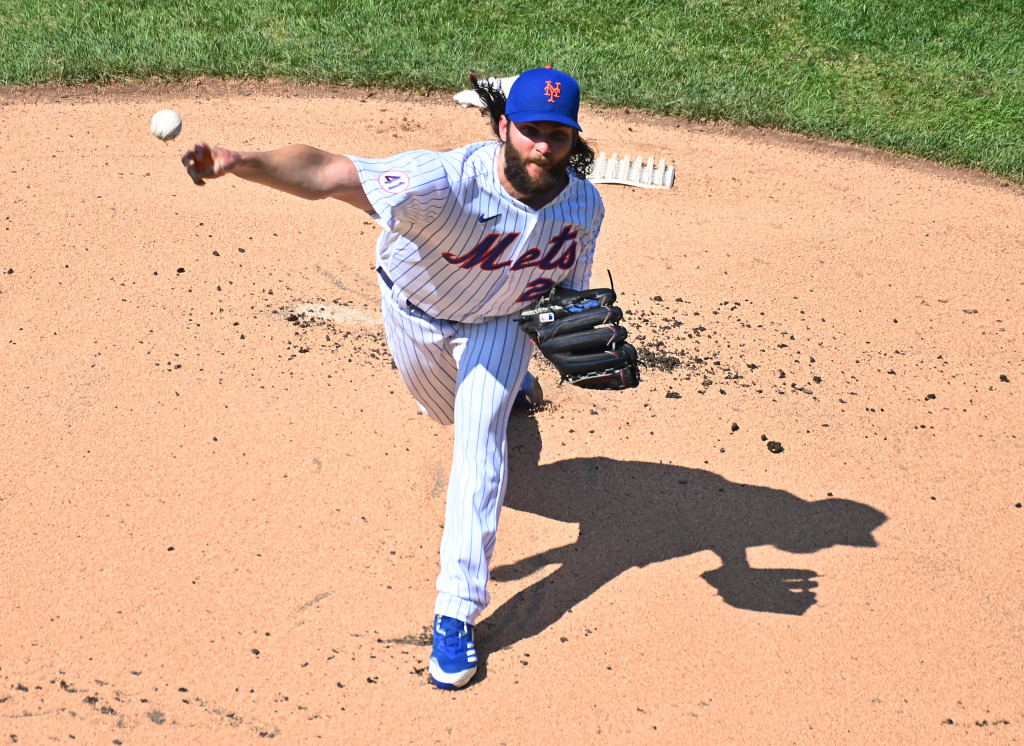 The Mets acquired Trevor Williams as an auxiliary piece in the Javier Baez trade last month with the goal of bolstering their beleaguered rotation depth.

On Thursday, in his first start as a Met, Williams did just that.

The 29-year-old right-hander threw 4 ¹/₃ innings of one-run ball, helping lead the Mets to a 5-4 victory in Game 2 of the doubleheader that secured a sweep of the Nationals. Williams allowed just three hits and struck out a pair, throwing 52 total pitches.

“He was really good,” manager Luis Rojas said. “He threw strikes and changed speeds. The slider had movement. … He put us in a position to win the game tonight. Moving forward, this guy is good to have as one of our depth guys in the rotation.”

Amid a slew of injuries and doubleheaders, the Mets have resorted to a revolving door of starting pitchers, to varying degrees of success. The hope is that Williams, who owns a career 4.49 ERA, can stabilize that situation in the short-term.

Williams, though, has found little success over the past two seasons. He struggled with the Cubs before being traded, pitching to a 5.06 ERA and 1.53 WHIP in 58 ²/₃ innings. Last year, he was designated for assignment by the Pirates after posting a 6.18 ERA.

Yet Williams pitched effectively in his first two starts with the Mets’ organization, allowing three runs across 12 innings at Triple-A Syracuse. Those results helped pave the way for his call-up as the 27th man in Thursday’s doubleheader.

“It’s a tremendous opportunity to come to the New York Mets and provide meaningful innings for them,” Williams said. “And I’m excited that they trust me to do that, and I’m looking forward to the next opportunity.”

It remains to be seen when that next opportunity will come. For now, the Mets have a healthy five-man rotation, likely ticketing Williams for a return to Triple-A.

But after an effective first outing, Williams hardly will be an afterthought in the Mets’ pitching picture.

“He’s the next guy up,” Rojas said. “He’s a big league pitcher. We know he’s been at Syracuse since we acquired him, but it’s better to keep him stretched out. But it’s good to see that he was ready to pitch when he got the call.”