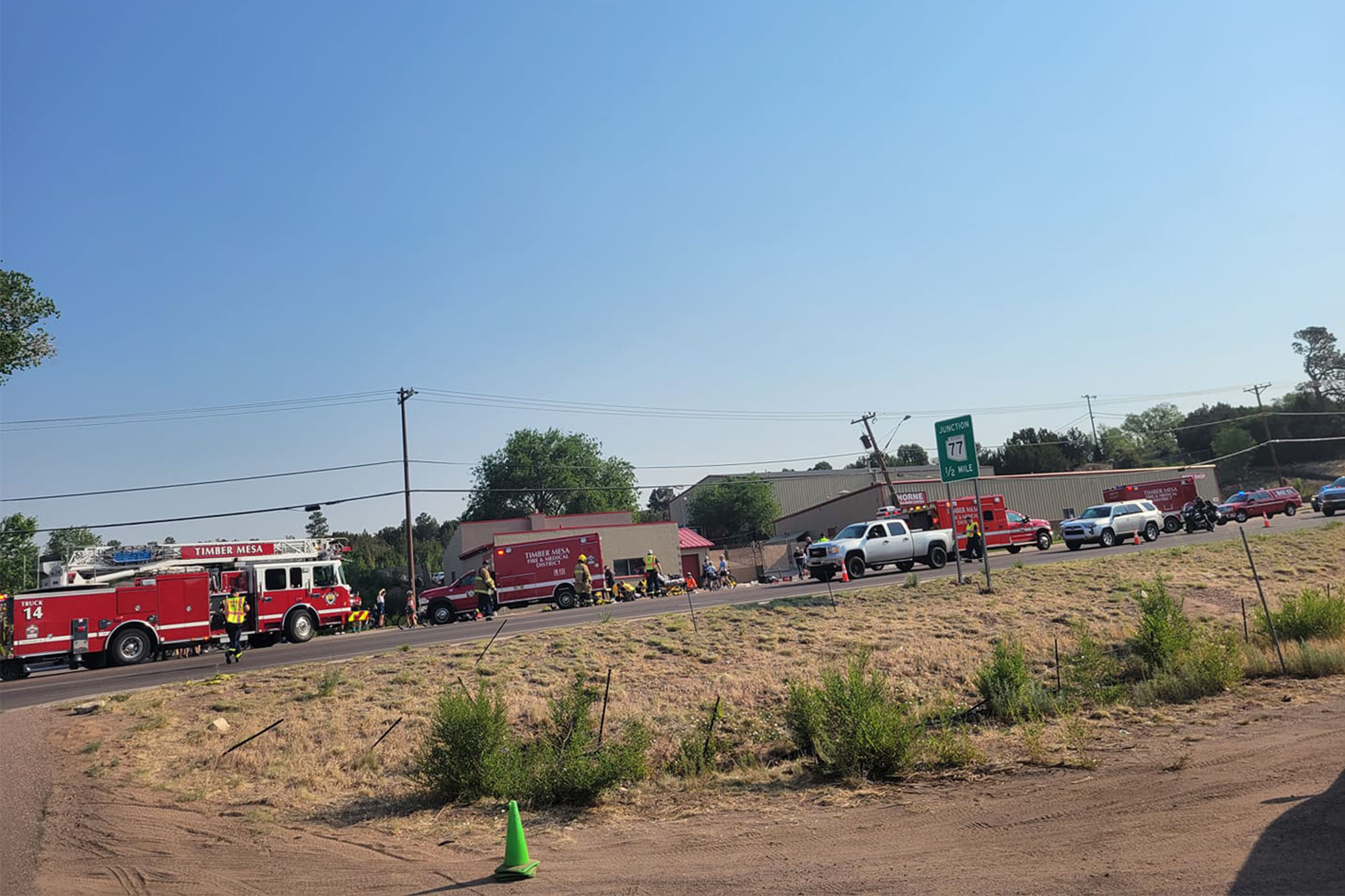 Six bicyclists were in critical condition Saturday after a pickup truck slammed into a road race in Show Low, Arizona. The driver fled the scene, and was later shot by police.

The driver of the black Super Duty Ford F150 pickup, who was chased down and shot after leaving the scene, was also in critical but stable condition, NBC affiliate KPNX reported. The suspect was not identified.

The Show Low Police Department, the Navajo County Sheriff’s Office and the Arizona Dept. of Public Safety are investigating. Show Low is about three hours northeast of Phoenix.

“Our community is shocked at this incident and our hearts and prayers are with the injured and their families at this time,” officials said in a statement.