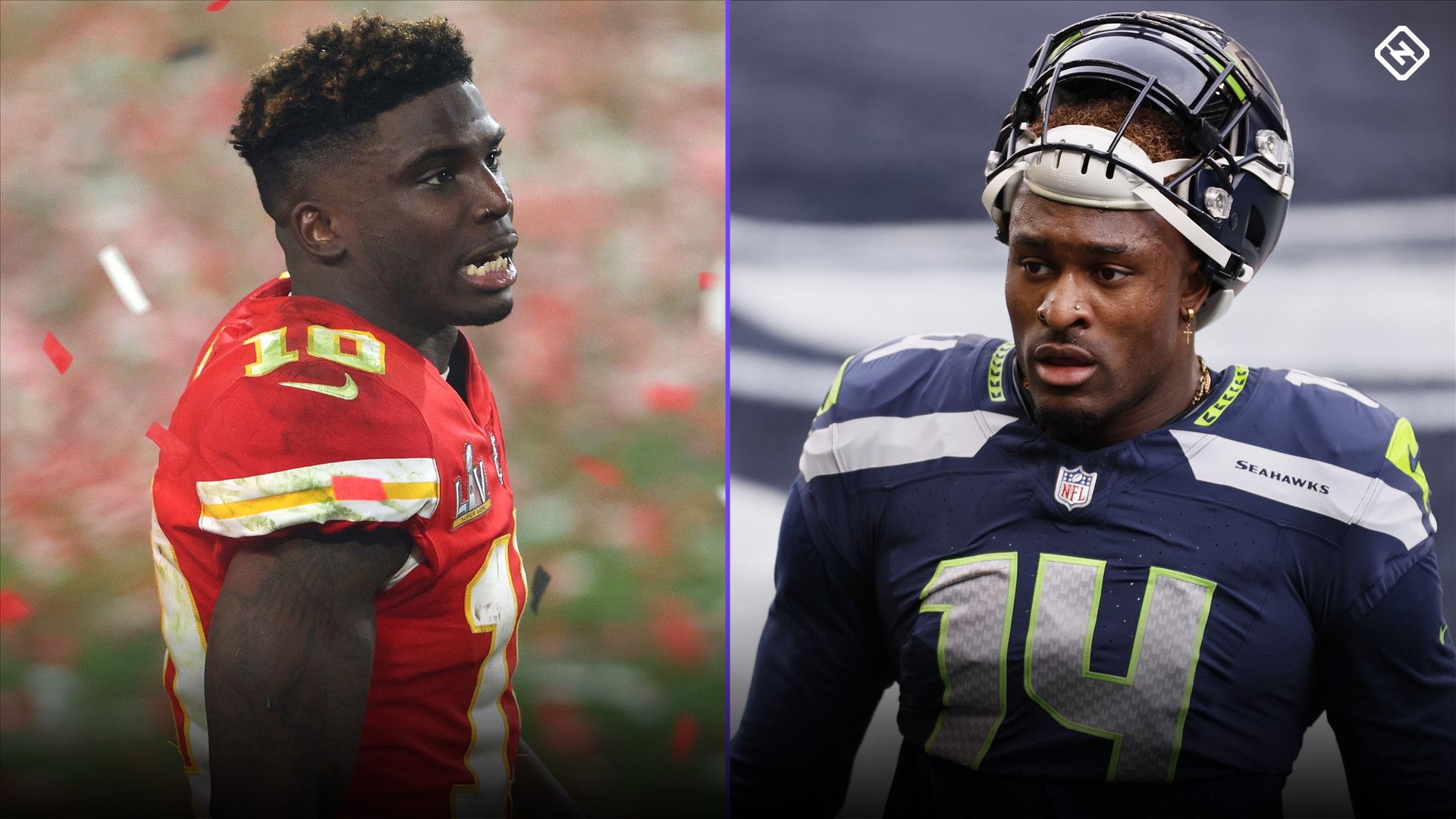 Tyreek Hill is heralded as one of the fastest players in the NFL, and in a recent foot race with Packers running back Aaron Jones he reminded everyone why his nickname is the “Cheetah.” (Sorry, Matt Brieda.)

MORE: Tyreek Hill lives up to his nickname

Hill isn’t afraid to show off his speed, and NFL players don’t seem to be afraid to challenge him, either. Seahawks wide receiver (and absolute freak of nature) DK Metcalf decided that he’d jump on the train to try to unseat Hill, and the two engaged in some friendly banter:

Metcalf is fast, but maybe not Hill fast: The Seahawks’ wideout did attempt to make a run for the Olympic team, running a 10.36 in the 100-meter dash, which is certainly absurd for a receiver his size. Metcalf ran a 4.33 40-yard dash at the NFL Combine in 2019.

Hill didn’t run at the NFL Combine when coming out of college, but did have a hand-timed 4.29 40-yard dash at his West Alabama Pro Day in 2016.

It might be a closer race than you think, but if you blink you legitimately might miss it.