Former UFC champion Tyron Woodley named his mixed martial arts GOATs in a media interview on Friday and left out a couple of obvious names.

After retiring as the undefeated UFC lightweight champion with a professional record of 29-0, Khabib Nurmagomedov is expected to be a part of anyone’s MMA Mount Rushmore. Georges St-Pierre is another name that is often up there as well for most people. However, Tyron Woodley feels differently.

Taking a segue from answering whether he has seen Anderson Silva’s boxing match against Julio Cesar Chavez Jr., Tyron Woodley named ‘The Spider’ one of the greatest in the sport. He added Jon Jones, Demetrious Johnson, and Henry Cejudo to the list as well.

“Anderson [Silva], once again, he has always been able to box. Remember a long time ago we thought we would see him boxing Roy Jones Jr. I really just like to see the OGs get the respect they deserve. I like to see them at the top. Outside of Jon Jones, I think him and Demetrious Johnson are, in my opinion, are right there. Maybe [Henry] Cejudo after that, because Cejudo did so quick. He was cringey, but guess what, he was fast.”

Tyron Woodley faces YouTuber-turned-boxer Jake Paul in a cruiserweight boxing match on August 29, 2021. The contest will go down at Rocket Mortgage FieldHouse and air as a pay-per-view on Showtime Boxing.

Tyron Woodley is training to win world championships in boxing

‘The Chosen One’ made it clear from when the fight was announced that he was taking the bout seriously.

Amanda Serrano x Yamileth Mercado is one of the fights on the main card. 126. Rest of main card will be all pro bouts with recognizable names to the boxing community. Serra recently won an MMA fight but is one of the best P4P in boxing.

Tyron Woodley has said in interviews that his opponent Jake Paul, despite his Disney background, is also taking the fight seriously and only using his somewhat juvenile tactics to throw people off. In the interview, ‘T-Wood’ reiterated that he is treating boxing as the next step in his life and preparing with the likes of Floyd Mayweather. His goal is to fight world champions like Canelo Alvarez in the near future.

“Boxing is really built off of what you make in money… I’ve already had money… I lived that life. But at the end of the day, this is about fighting. So we can entertain, we can talk the talk. But when it comes to walking the walk, I am the one who’s gonna walk away with a victory and my hands up. So, this is the opportunity for me to sprint into the boxing lane, but also, I am preparing accordingly. I am preparing if I was fighting Canelo [Alvarez]. I am training like that way now… I am trying to win world championships.”

Watch the full interview below: 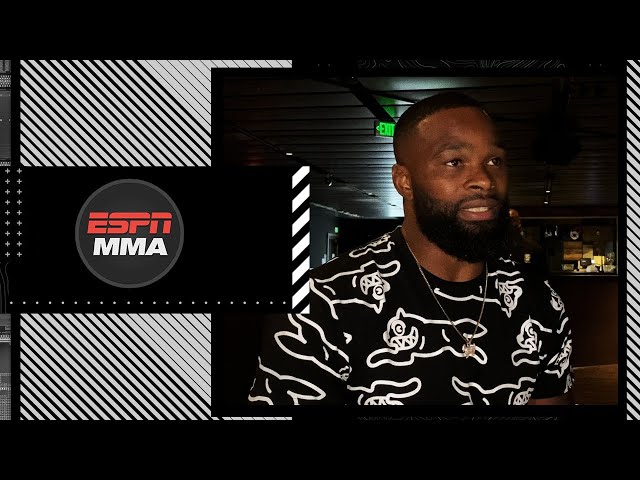