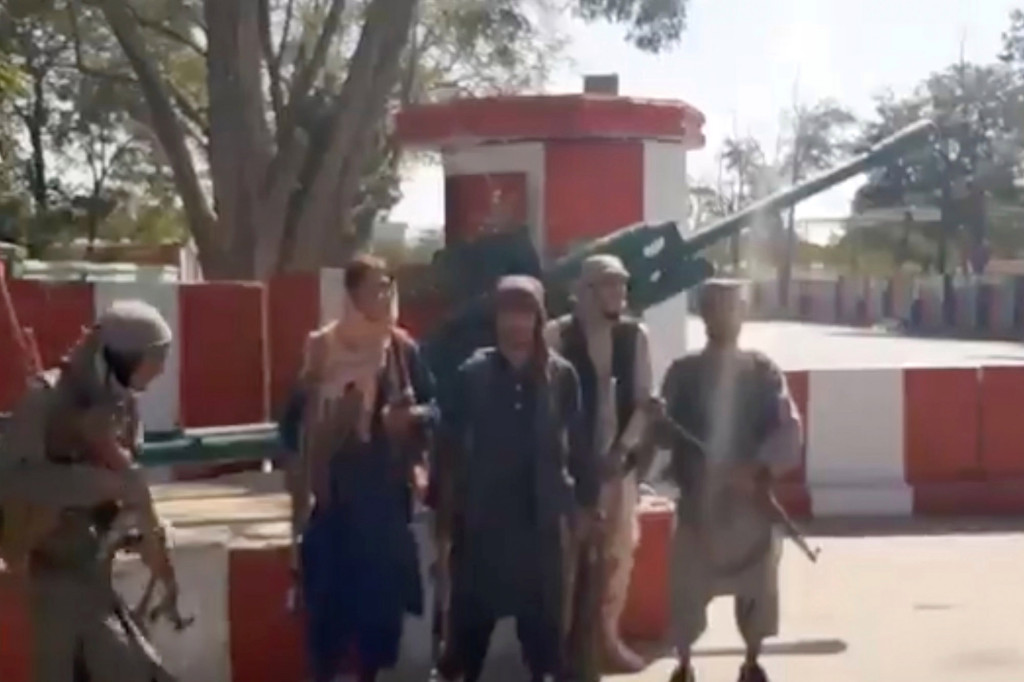 The Biden administration is negotiating with the Taliban in a scramble to prevent the US Embassy in Kabul from being attacked following rapid gains by the militant group amid the US pullout from Afghanistan, according to a report.

Chief American envoy Zalmay Khalilzad is leading efforts to dangle financial aid and other assistance as incentives to protect the embassy if Taliban fighters overrun the Afghan capital and the extremist group becomes part of the country’s government, the New York Times said.

About 4,000 people, including 1,400 Americans, work at the embassy and diplomats are considering how soon it may need to be evacuated if the talks fail, the Times said.

The revelation came as the embassy issued an official “Security Alert” urging US citizens not employed by the government “to leave Afghanistan immediately using available commercial flight options.”

Five current and former officials reportedly described a tense and worried atmosphere inside the embassy, with some invoking the 1975 fall of Saigon that ended the Vietnam War and the humiliating helicopter evacuation of Americans from the roof of the US Embassy there.

The Taliban recently seized control of ten provincial capitals and US officials believe the Islamic extremists may retake Kabul within 1-3 months of the Aug. 31 deadline Biden set for withdrawing most US troops from Afghanistan.

When asked Thursday afternoon about the reported negotiations, State Department spokesman Ned Price said, “We are not going to put too much stock, certainly, in the words of the Taliban.”

“We are going to be looking at their deeds. But in terms of what they have said, the Taliban have said very clearly that they are not out there to target diplomatic compounds,” Price said during a news briefing.

Price also said the US was “taking prudent precautions” and “repositioning” US troops “to help affect the safe reduction in our civilian personnel.”

Price repeatedly refused to say how many State Department staffers were being pulled out of Kabul.

Price also noted that a February 2020 agreement with the Taliban included “assurances that our forces would not be targeted.”

“We have been very clear that if the Taliban go back on that commitment, whether in the context of this reduction in civilian staffing, whether in any other context, we will respond,” he said.

“And we will respond in no uncertain terms. We have not left any ambiguity about that.”

Earlier, Price told the Times that any future US aid to Afghanistan would be conditioned on the “semblance of durability” of its government.

“Legitimacy bestows, and essentially is the ticket, to the levels of international assistance, humanitarian assistance for the Afghan people,” he said.

At the Pentagon, Defense Department spokesman John Kirby was asked whether the US military has told the Taliban its deploying 3,000 troops to evacuate US personnel from Kabul.

“The Defense Department has not spoken to the Taliban about this,” Kirby said.

But he added: “We’ve made it very clear…that, as in all cases, our commanders will have the right of self-defense and any attack upon our forces will be met with a swift and appropriate response.”