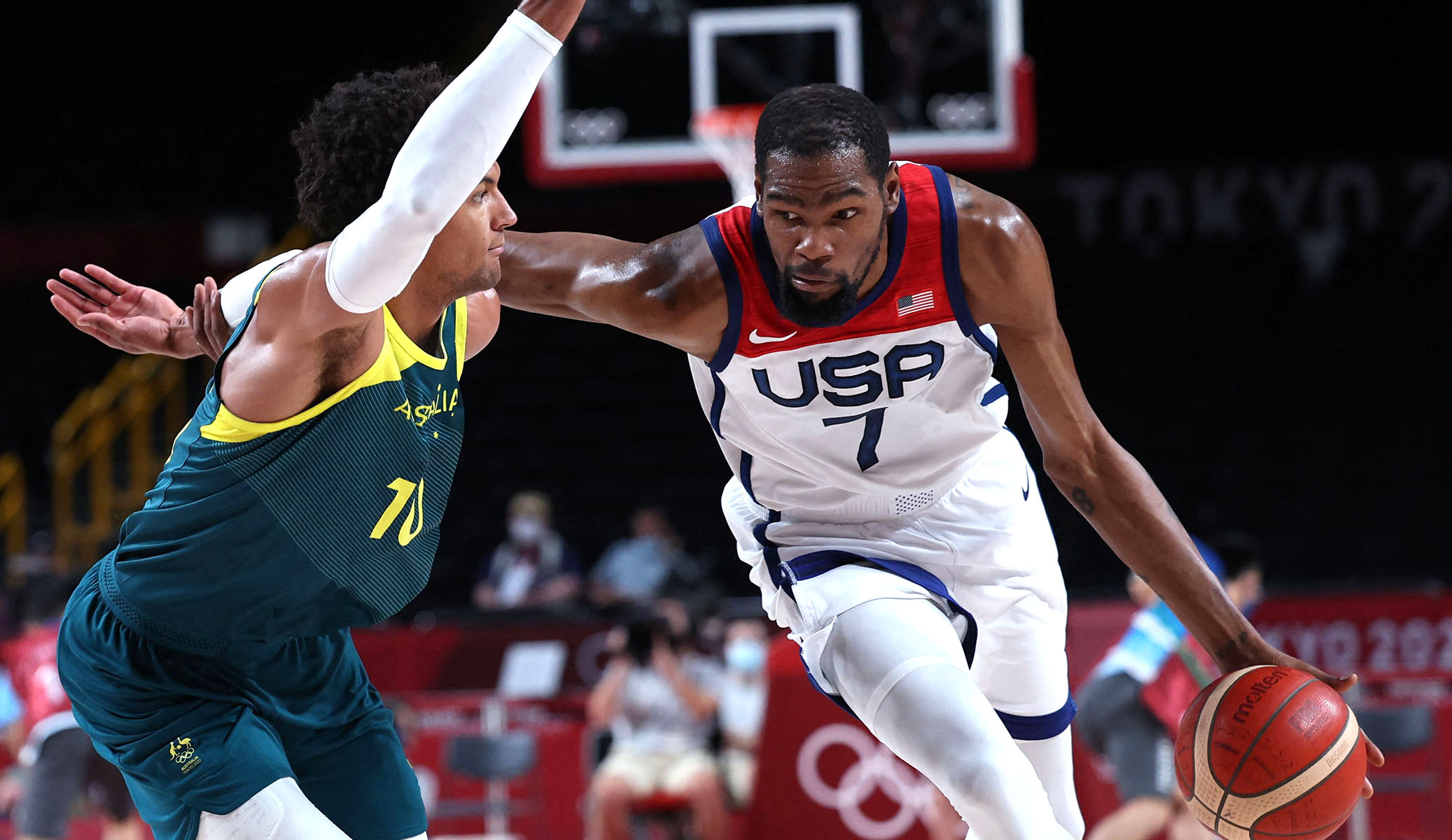 TOKYO — Kevin Durant scored 23 points and Devin Booker added 20 to power three-time defending champions the United States past Australia 97-78 Thursday and into an Olympic men’s basketball final against either France or Slovenia.

The Americans were 24-18 behind after the first quarter and 42-45 adrift at halfway, but stormed back during a dominant third term to stay on track for a fourth consecutive gold medal.