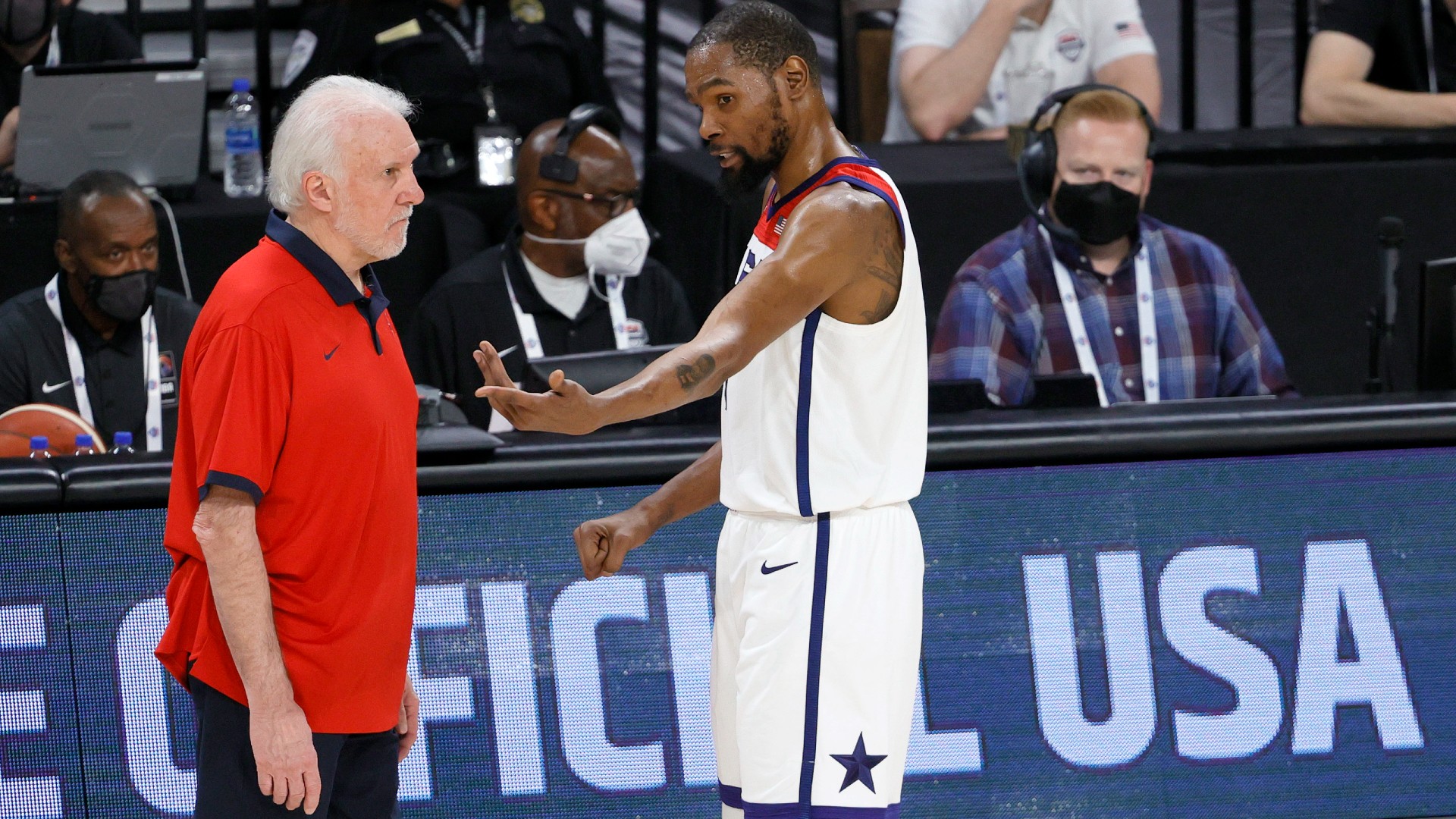 Team USA is looking to avoid a three-game losing streak heading into Tuesday night’s contest against Argentina. The Americans surprisingly fell to Nigeria and Australia in its first two exhibition games, leaving plenty of fans concerned with the Tokyo Olympics fast approaching.

But Team USA coach Gregg Popovich doesn’t sound too concerned, as he is focused on process over results.

“I was pleased. I thought we got better tonight,” Popovich said after the loss to Australia. “After a short time together, there’s a lot of things that have to be covered, but the first half and the second half were two different beasts. In the first half, we defended the way we wanted to defend, the way we did not defend against Nigeria. We were more physical. We sustained the defense longer. We rebounded better. We moved the ball better at the offensive end and had more pace.

“The second half, we tired out. When that happens, you get hit mentally a little bit, too, and we didn’t sustain the board the same way. The defense wasn’t the same. Our pace wasn’t the same. … In general, we need more conditioning, which is totally understandable. We’re just sticking with the process of trying to get better with every game. And we did that tonight, so I was pleased with what I saw.”

Can Team USA avoid yet another upset?

6:10 p.m. — A great start for Team USA. The Americans have quickly jumped out to a double-digit lead.

5:40 p.m. — Team USA announces that Jayson Tatum will not play against Argentina.

Jayson Tatum will not play tonight vs. Argentina due to right knee soreness. He is day to day, Team USA says.

How to watch USA basketball

All five USA Olympic men’s basketball exhibition games will be broadcast live on NBCSN before the Americans head off to Tokyo.

You can also stream Team USA games online with fuboTV, which offers a free seven-day trial.

When do the Olympics start?

The opening ceremony at the 2021 Olympics is July 23. The men’s basketball tournament tips off two days later on July 25 and ends with the medal games on Aug. 6-7.

Team USA is one of 12 teams to qualify for the Tokyo Olympics. It will be playing in Group A. Its group-play opponents will be France, Iran and the Czech Republic.