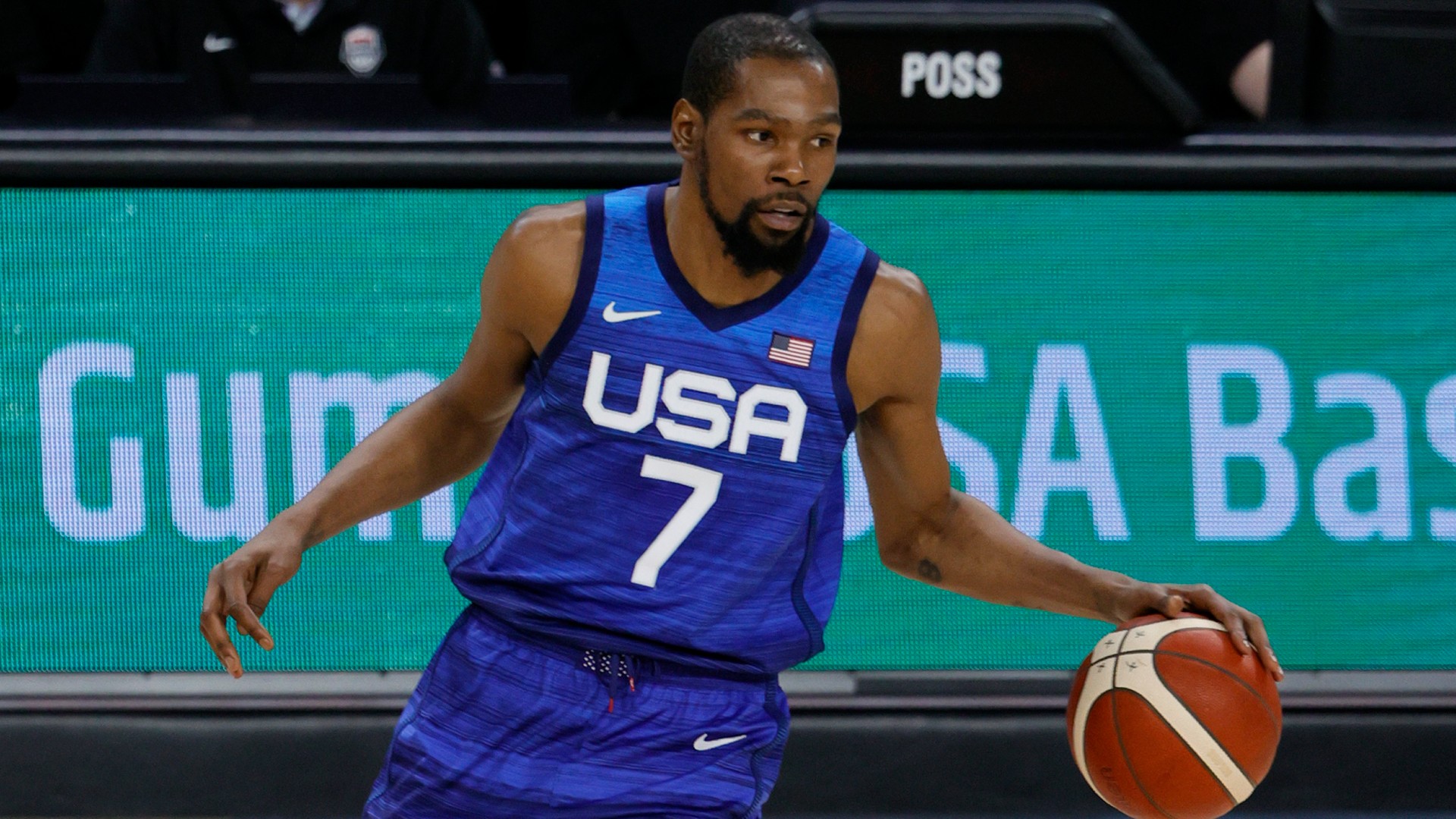 The U.S. men’s basketball team’s quest for another gold medal is off to a rough start.

Team USA suffered its first Olympic loss since 2004 on Sunday, falling to France in its first group play game by a final score of 83-76. Evan Fournier led the way for France with a game-high 28 points on 11-of-22 shooting, including a clutch 3-pointer late in the fourth quarter that gave his team a lead it would never lose. France finished the Olympic opener on a 16-2 run.

Jrue Holiday, who traveled to Tokyo shortly after winning the NBA Finals championship with the Bucks last week, totaled 18 points, seven rebounds and three assists in the loss. Team USA’s top offensive threats struggled against France, though — especially Kevin Durant. The Nets star dealt with foul trouble throughout the game and finished with only 10 points on 4-of-12 shooting.

Team USA has two games remaining in group play. It will face Iran on Wednesday (12:40 a.m. ET) and the Czech Republic on Saturday (8 a.m. ET).

10 a.m. — Yikes. Damian Lillard falls down on the catch and loses the ball. France should be able to shut the door on Team USA here.

9:40 a.m. — Just an incredible performance from Jrue Holiday. He is doing everything for Team USA.

9:15 a.m. — Kevin Durant heads back to the bench after being whistled for his fourth foul. Who will step up for Team USA?

Kevin Durant has 4 fouls. (In FIBA, 5 is the limit). There’s 16-plus minutes of basketball left

Good counter from France to Team USA switching/fronting. Batum flashes from the corner to the FT line, Fall seals, quick pass for 2. pic.twitter.com/QPwLdOdVKz

8:25 a.m. — Team USA is overwhelming France with its defensive intensity.

8:15 a.m. — Kevin Durant already has seven points, but he has also picked up two fouls in the first quarter.

France announces that Frank Ntilikina (slight muscle discomfort) is out for tonight’s game in Tokyo against the United States. (8 a.m. EDT)

USA Basketball says Middleton, Holiday and Booker will all play tonight vs. France.

The USA vs. France men’s basketball game won’t be broadcast live on cable television. Peacock, NBC’s streaming service, is the only place to watch the live action at 8 a.m. ET on Saturday. NBCSN is scheduled to air a replay of the 2021 Olympic opener at midnight on July 26.