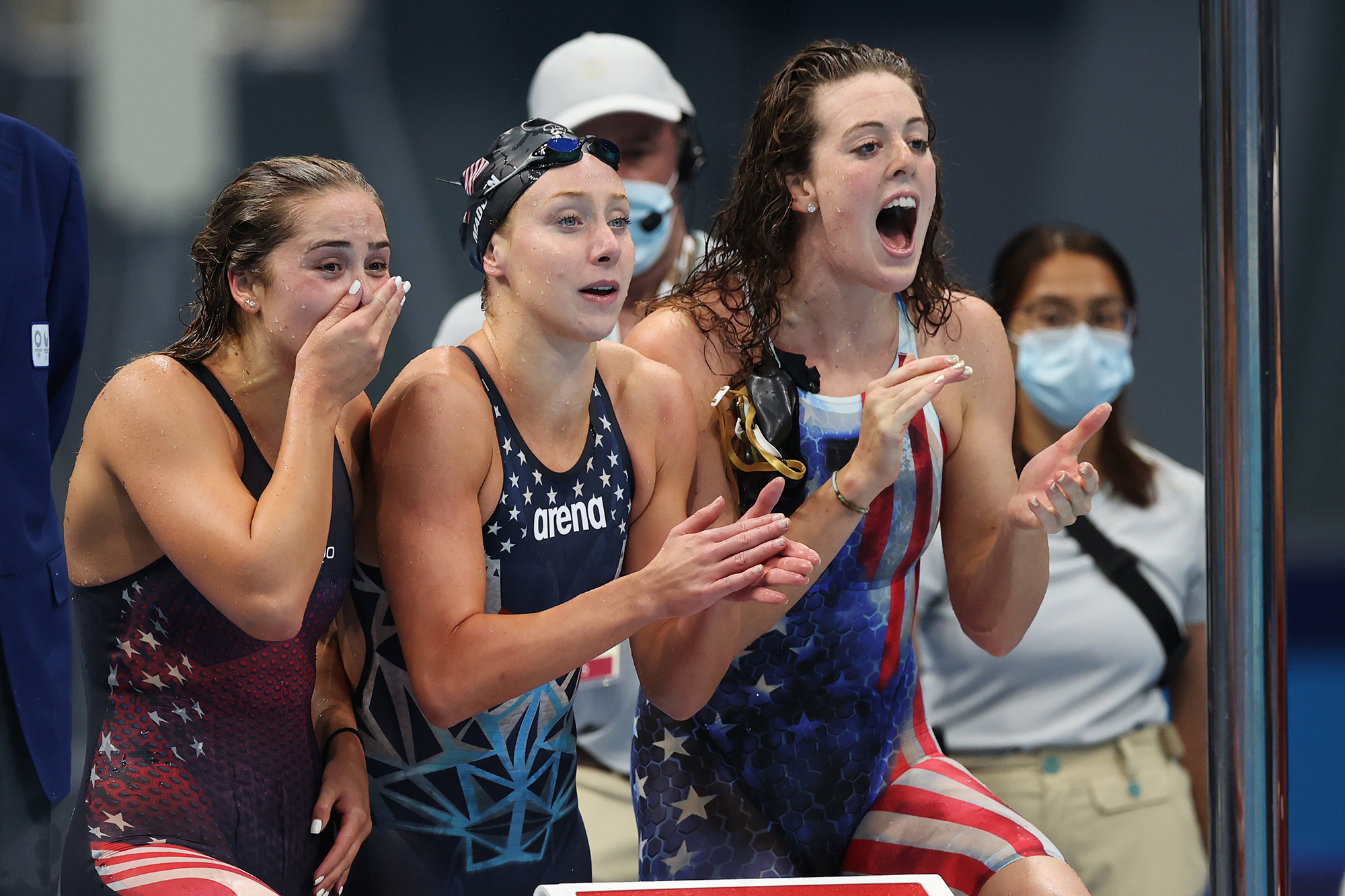 China has surprised the U.S. and Australia with a world-record performance in the women’s 4×200-meter freestyle relay.

Katie Ledecky took the anchor leg for the Americans in third place, nearly 2 seconds behind the Chinese and also trailing the Aussies.

Ledecky passed Australia’s Leah Neale and closed the gap significant on China’s Li Bingjie, but couldn’t quite catch her at the end.

Li touched in 7 minutes, 40.33 seconds, denying both Ledecky and Ariarne Titmus another gold medal. After winning both the 200 and 400 free individual titles, Titmus led off for Australia in the relay.

The Americans claimed silver in 7:40.73, while Australia took the bronze in 7:41.29. It was the first swimming world record of the Tokyo Games — in fact, all three medalists broke the previous mark of 7:41.50 set by the Aussies at the 2019 world championships.