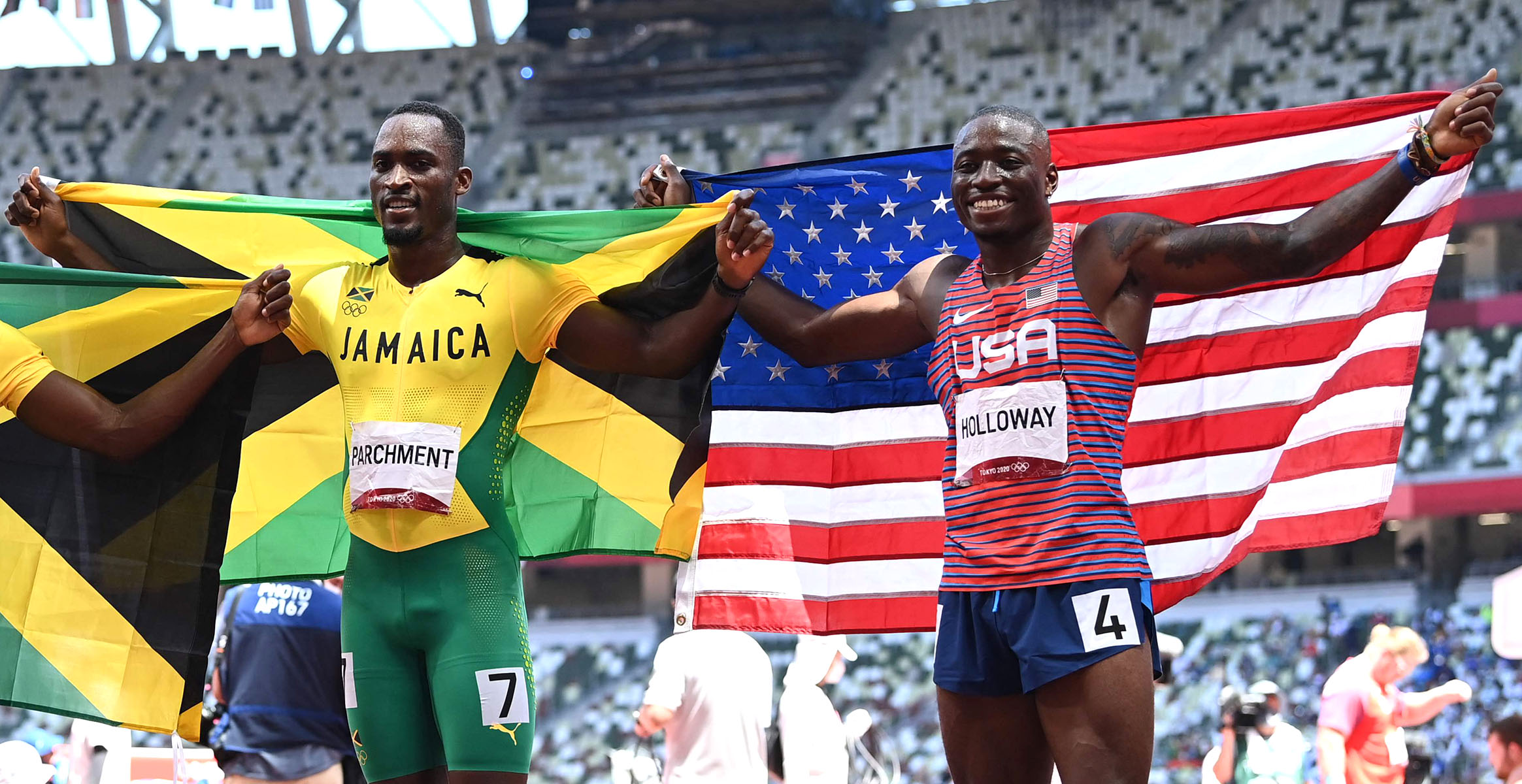 World champion Grant Holloway of the United States was in the lead until the final hurdle but seemed to lose his momentum as Parchment surged past him to win in a season-best time of 13.04 and add the gold medal to his London Olympic bronze.

Jamaican Ronald Levy was third in 13.10 on a hot and humid morning at the Olympic Stadium.

Holloway, who had not lost a hurdles race since August last year, took the silver medal after finishing in 13.09.