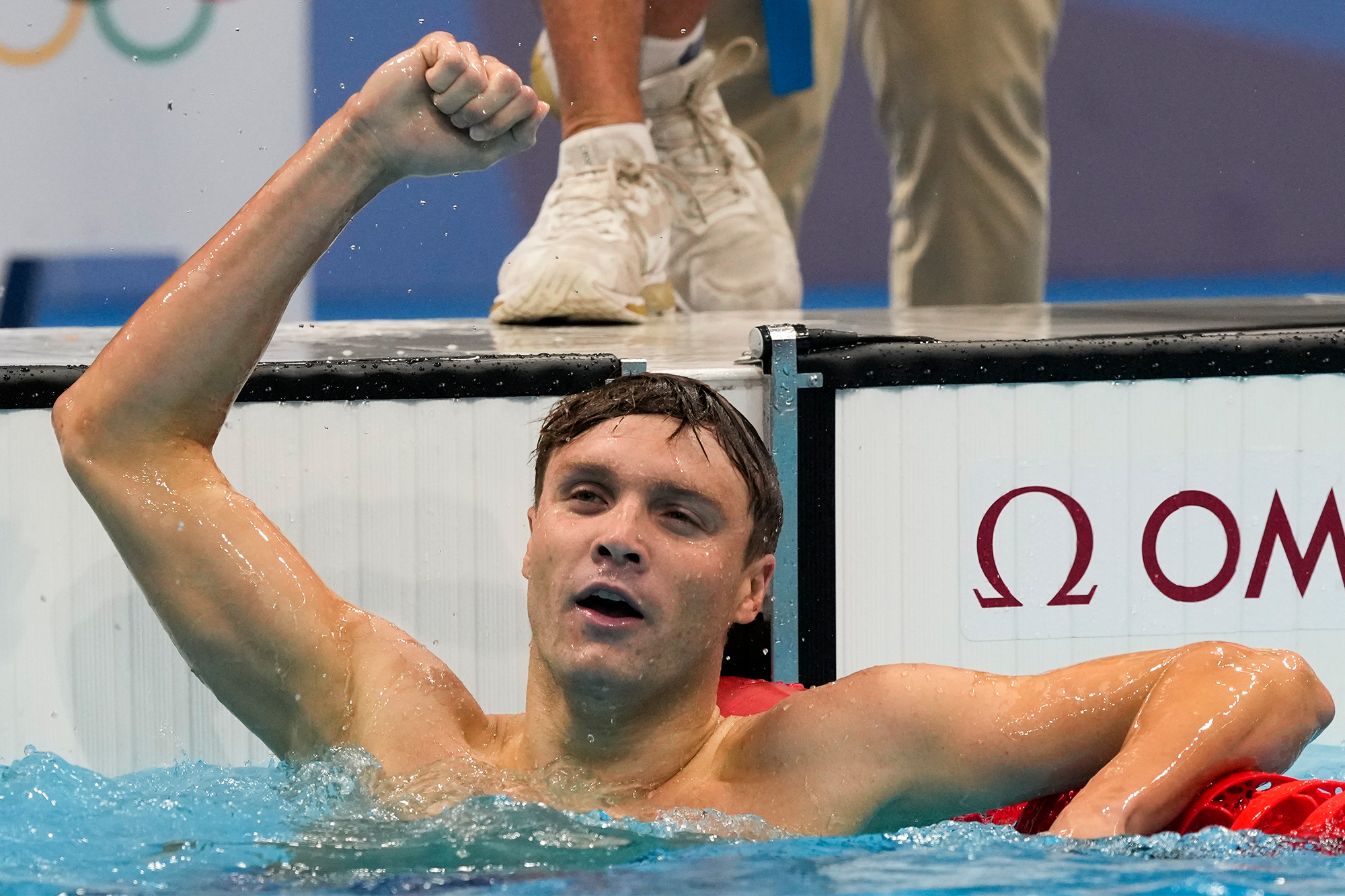 Bobby Finke of the United States has captured gold in the debut of the men’s 800-meter swimming freestyle event at the Tokyo Aquatics Centre.

Italy’s Gregorio Paltrinieri grabbed the silver after leading most of the race, while the bronze went to Mykhailo Romachuk of Ukraine.

It was a thrilling finish. Germany’s Florian Wellbrock grabbed the lead from Paltrinieri on the final flip, with Finke lurking back in fourth. But the American turned on a dazzling burst of speed at the end of the 16-lap race, passing all three swimmers ahead of him to take the gold.

Finke’s winning time was 7 minutes, 41.87 seconds, just 0.24 ahead of Paltrinieri. Romachuk finished in 7:42.33, knocking Wellbrock back to fourth.

The men’s 800 freestyle was added to the Olympic program for the Tokyo Games, marking the first time that approximate distance was contested by the men since there was an 880-yard race at the 1904 St. Louis Games.