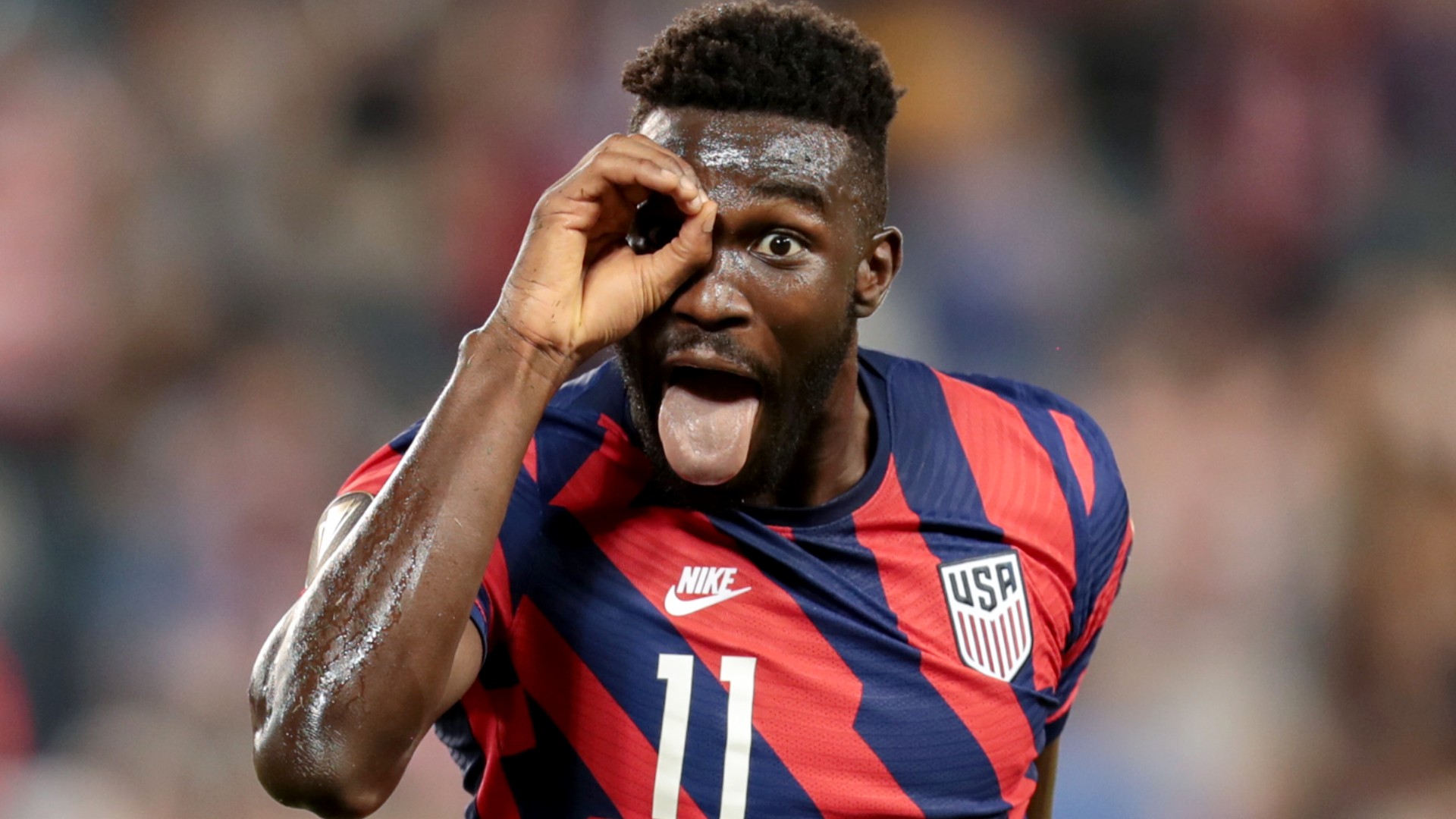 The USA and Canada want the same thing in their final group-stage matchup at the 2021 CONCACAF Gold Cup: to finish as the winner of Group B and avoid a potential matchup with Mexico in the semifinals. But it’s the Canadians who have the edge going in.

Both teams are tied with six points and have mathematically qualified for the quarterfinals, but because of one more goal scored, Canada owns the tiebreaker and can finish first in the group with two results against the USA: a win or draw.

Despite a 6-1 win in its last outing, the USA will have to win at all costs or risk facing the Mexican national team in the semis should Mexico top its group and both teams advance to that stage.

30th min: Canada’s Kyle Miller with a fantastic sliding tackle to interrupt a Dike run at goal. If Miller doesn’t win that tackle, Dike is alone on goal.

25th min: USA’s Daryl Dike with a shot inside the box that finished wide of the goal. He muscled off a defender to get free.

24th min: Osorio is officially on for Canada. Looks like the formation will be more of a 3-5-2 with Junior Hoilett and Cyle Larin as the forwards.

21st min: Canada’s Akinola comes back on, but he doesn’t last long. He’s asking for a substitution and he’s understandably emotional about having to come off. Jonathan Osorio getting ready to come on.

17th min: Sands with a late tackle on Canada’s Ayo Akinola, who stayed on the ground and needed treatment. Akinola, born in the USA, is facing a U.S. team for which he appeared and scored in December 2020. He made a one-time switch to represent Canada, where he grew up.

15th min: And it’s 23-year-old center back Donovan Pines who takes Zimmerman’s spot in the back line. The 23-year-old only made his USMNT debut during this group stage.

14th min: Cyle Larin goes down in the box on a challenge from James Sands, but no penalty coming from the referee. Instead, the ref whistles a hand ball against Larin.

13th min: Play resumes. No penalty. The referee deemed it to be a fair challenge — two players going for the ball.

12th min: Zimmerman, the U.S. captain, looks injured and the USMNT is already preparing a sub.

9th min: Looks like a penalty for Canada! Richie Laryea beats Walker Zimmerman down the right into the box and the U.S. defender seems to throw himself at Laryea. The referee doesn’t make a call and leaves it to the VAR. An argument can be made that Laryea fouled Zimmerman (tugging on the arm) to cause Zimmerman’s fall.

4th min: Shaq Moore’s breakout Gold Cup continues. He was excellent in the two previous matches. Reggie Cannon is going to have a tough time winning that right wing spot back

2nd min: This USMNT team under Gregg Berhalter is known to swarm and push numbers from the opening whistle. They crashed the net there to shock Canada.

1st min: USA in the lead after just 20 seconds!

4:50 p.m.: Scene is set for the most interesting group-stage match in this tournament.

Now THIS atmosphere right now at Children’s Mercy Park feels like a major tournament. Already loud, tons of hype in the stadium production, that sort of thing. By God, there’s even a Simba Cam. #CANMNT #USMNT #GoldCup21

Both teams are coming out in 3-4-3 formations, which should add a fascinating twist to the matchup.

How to watch USA vs. Canada

The USA vs. Canada Gold Cup group match will be broadcast in the USA on the Fox broadcast network and on Univision and TUDN in Spanish.

All three networks can be streamed on fuboTV (free 7-day trial). The match is also available on the Fox Sports app, TUDN app and TUDN.tv for authenticated users.

The match will be carried by OneSoccer. Fans can subscribe to OneSoccer on AppleTV, Roku, Chromecast, iOS and Android devices, as well as PCs and Macs.